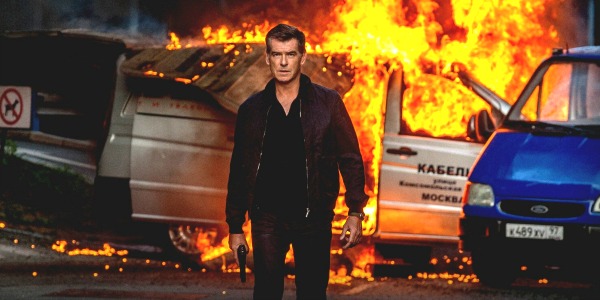 Just a couple of films are opening wide this week, both for grownups as summer winds to a close and the kids head back to school. Here’s a look at what’s opening wide in theaters.

Code named ‘The November Man,’ Peter Devereaux (Pierce Brosnan) is a lethal and highly trained ex-CIA agent, who has been enjoying a quiet life in Switzerland. When Devereaux is lured out of retirement for one last mission, he must protect a valuable witness, Alice Fournier, (Olga Kurylenko). He soon uncovers this assignment marks him a target of his former friend and CIA protégé David Mason (Luke Bracey). With growing suspicions of a mole in the agency, there is no one Devereaux can trust, no rules and no holds barred. Love seeing Brosnan back in Bond mode, even if it’s not Bond.

AS ABOVE, SO BELOW

Did you know that miles of twisting catacombs lie beneath the streets of Paris, France? Turns out they’re home to countless souls. When a team of American and British explorers venture into the uncharted maze of bones, they uncover the dark secret that lies within this city of the dead. Not only that, but they all see paranormal visions as their past comes back to haunt them. Directed by John Erick Dowdle, this psychological thriller stars Ben Feldman, Perdita Weeks, Edwin Hodge, Josh Kervarec and Oscar Zhang.