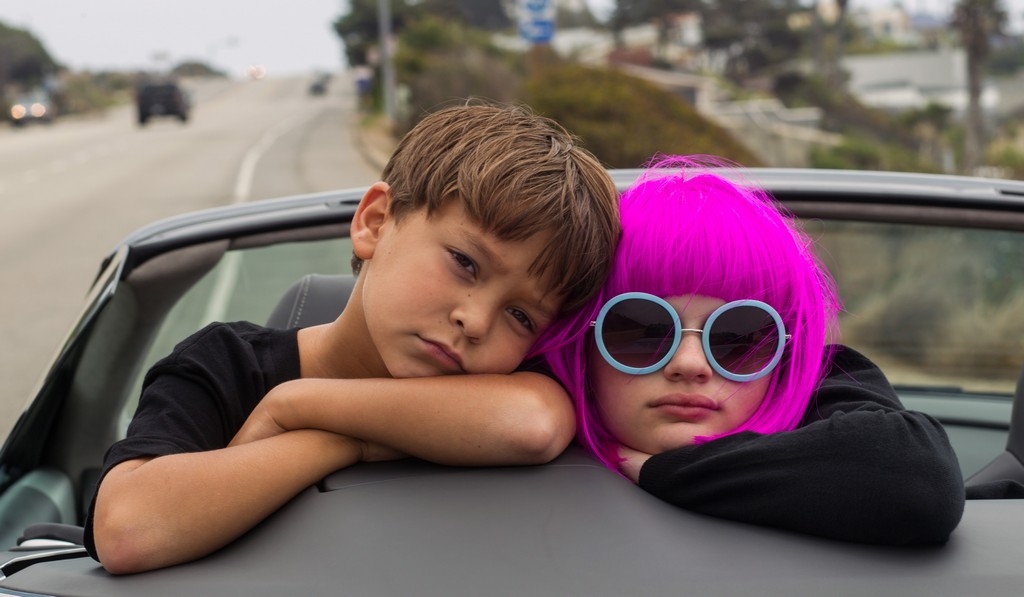 SYNOPSIS: Zach Braff plays Aidan Bloom, a 35-year-old man who finds himself at major crossroads, which forces him to examine his life, career and family. 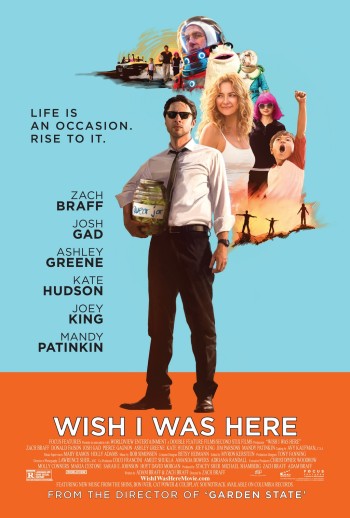 REVIEW: Any time I throw money into a Kickstarter campaign for a movie, as I did with “Wish I Was Here” and “Veronica Mars,” I kind of feel like it’s “my” movie and have a vested interest in the outcome. Fortunately, neither of these movies disappoints, and I feel like my investment paid off. I had to wait for “Wish I Was Here” to get to Traverse City, as it rolled out slowly across the country, but it was worth the wait.

Aidan (Zach Braff) is a 30-something actor still waiting for his big break. A father of two, he shuttles between auditions for small parts that barely pay the bills while his wife, Sarah (Kate Hudson), works at the water department, putting up with a cubicle mate who doesn’t know the meaning of “inappropriate” conversations.

Aidan and Sarah aren’t particularly religious, but their two kids are enrolled in a Jewish school, which Aidan’s dad, Gabe (Mandy Patinkin), is paying for. That was his rule: If he pays, he gets to choose where they go to school.

But all of that ends when Gabe’s cancer returns and he’s forced to pay for treatment out of pocket. Aidan and Sarah can’t afford the school, so they pull the kids out and Aidan decides to home-school them, much to their dismay.

Meanwhile, Aidan’s younger brother, Noah (Josh Gad), is a blogger who hasn’t yet forgiven his dad for his dysfunctional fathering. Aidan tries to broker a peace treaty between the two, but he’s barely holding it together.

This is Braff’s second feature film that he’s written and directed — “Garden State” was released in 2004 — and I’m hoping he continues to make films. The thing that kept popping into my head as I was watching “Wish I Was Here” is that it seems “real.” It seems like a real family and a real guy trying to figure out what he’s doing and where he’s going in this crazy world. Most of us can identify with that, especially someone like me, who’s spent the past several decades in a “creative” career (writing) that can be challenging at times. Oh who am I kidding? It’s a challenge every single day, no thanks to that voice in my head telling me to go out and get a real job! But like Aidan, I have a supportive spouse who believes in what I’m doing.

As for “Wish I Was Here,” I love the quirky characters, emotional storyline, and amazing soundtrack, featuring tunes by The Shins, The Weepies, The Head and the Heart, Aaron Embry, Bob Dylan, Radical Face and more. This movie is a great example of how well-chosen music feeds the storyline and characters. It’s clear that Braff loves music.

A lot of things are covered in this movie — religion, careers, dreams, family, responsibility, love and more — but somehow it all comes together in a beautiful, touching story that everyone can relate to in one way or another.

Violence/Gore: A female is sexually harassed by a male coworker. A man punches another man in a supermarket. Family members argue, sometimes loudly.

Profanity: “Damn,” “a–hole,” and more. Both adults and kids say “f–k” in conversation, and there’s a running storyline about a “swear jar.”

Drugs/Alcohol: A man smokes pot in his car in a parking lot at his kids’ school. Adults drink socially.

Which Kids Will Like It? Kids 17 and older who like Zach Braff movies or quirky family dramas.

Will Grownups Like It? “Wish I Was Here” is a “real” movie, not a Hollywoodized version of family life. I highly recommend it, as long as you don’t mind a bit of naval-gazing.