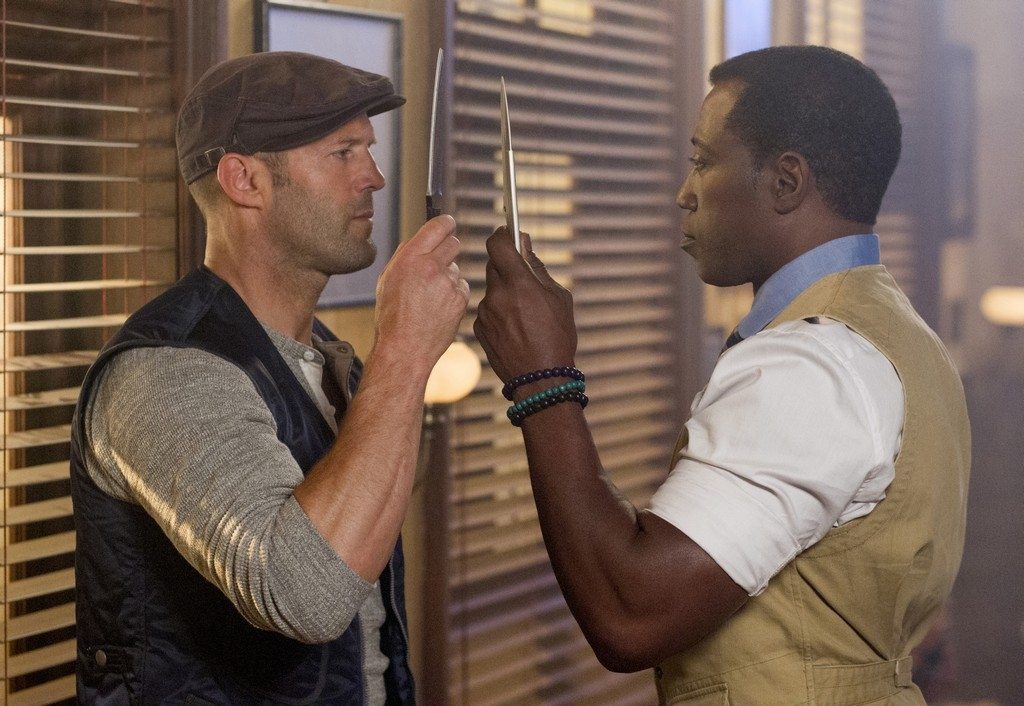 SYNOPSIS: Sylvester Stallone gets the gang back together and adds some fresh youngsters for a personal battle: take down Conrad Stonebanks, the Expendables co-founder and notorious arms trader who is hell bent on wiping out Barney and his team. 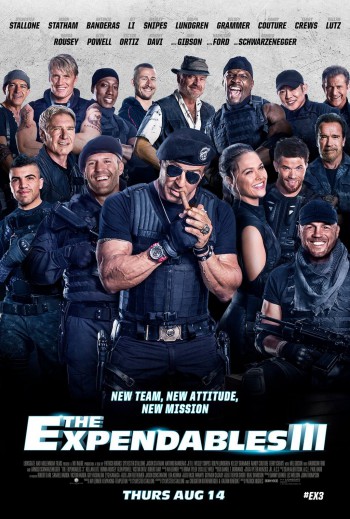 REVIEW: I could hardly believe it myself when I realized I was weirdly looking forward to “The Expendables 3.” Great cast, lots of explosions, snappy banter, what could be better?! But after watching the movie, I also realize the franchise is starting to age along with its impressive stars.

My favorite thing about this movie is, in fact, the cast. Seeing all the greats on screen together is fun, but the other stuff — the explosions, heavy artillery, spray of bullets, yada yada, is getting old. Some people say it got old after the first movie. Maybe they could transition the team into another field. Use their wits to battle white collar crime or something. Or not.

The story follows the old (in more ways than one) Expendables team, led by Barney Ross (Sylvester Stallone) and Lee Christmas (Jason Statham), who rescue a team member, “Doc” (Wesley Snipes) from a very bad place. Then they embark on a new mission, which they not only fail, but also learn that an old foe, Stonebanks (Mel Gibson), is still alive and causing havoc.

When a team member is shot and everyone else is put in peril (because things haven’t been dangerous all these years?), Barney decides to disband the group and recruit some new youngsters to go after Stonebanks. I guess this new team is actually expendable, whereas the old team is not.

But, you guessed it, when the new team fails, it’s up to the oldsters to come to their rescue. Can the old and new teams work together and survive in the process?

It’s been interesting to watch “The Expendables” franchise through the years. The first one, released in 2010, turned out to be a huge hit. We liked seeing Stallone get the band back together and take down the bad guys. The second one, released in 2012, was even better, with more character development and better action sequences. So how does the third one clock in?

First off, the cast is amazing. Along with Stallone, Statham, Gibson and Snipes, we have Harrison Ford, Arnold Schwarzenegger, Dolph Lundgren, Randy Couture, Terry Crews, Kelsey Grammer, Glen Powell, Antonio Banderas, Victor Ortiz, Kellan Lutz, Jet Li, and Ronda Rousey as a fierce female warrior. Could we not have at least ONE more girl among the men?

I know that’s a lot of characters, which doesn’t give much time to develop their personalities. I can see the development meeting now: “How many action heroes can we pack into 126 minutes?” Reply: “How many can we get?”

Still, Stallone is a force of nature. When other aging action stars are throwing in the towel, he’s busy creating his next franchise.

“The Expendables 3” still has the requisite amount of violence, but it’s more of a “violence for the sake of violence” take — although I’ll admit there’s some nice choreography and the final scenes are quite spectacular.

It will be interesting to see where it goes from here. I DO spot an “Expendables 4” listed on IMDB.com, with Stallone, Couture and Pierce Brosnan rumored to appear. I wouldn’t mind if they brought some of the youngsters back, but could we please have more than one female in the mix?

Violence/Gore: Less blood and gore than the first two installments, but still plenty of artillery – everything from small guns to automatic weapons to major explosions. Fighting includes shooting, stabbing and chase scenes. A character is shot and wounded and ends up in a hospital.

Drugs/Alcohol: Dolph Lundgren’s character, who had an addiction problem in the previous films, is shown drinking after the team disbands. Other drinking takes place at home and in a bar. A few characters smoke cigars.

Which Kids Will Like It? Kids 14 and older who like action movies with lots of explosions and stunts.

Will Grownups Like It? Fun to see the gang back together, but the heavy artillery is getting a little old.