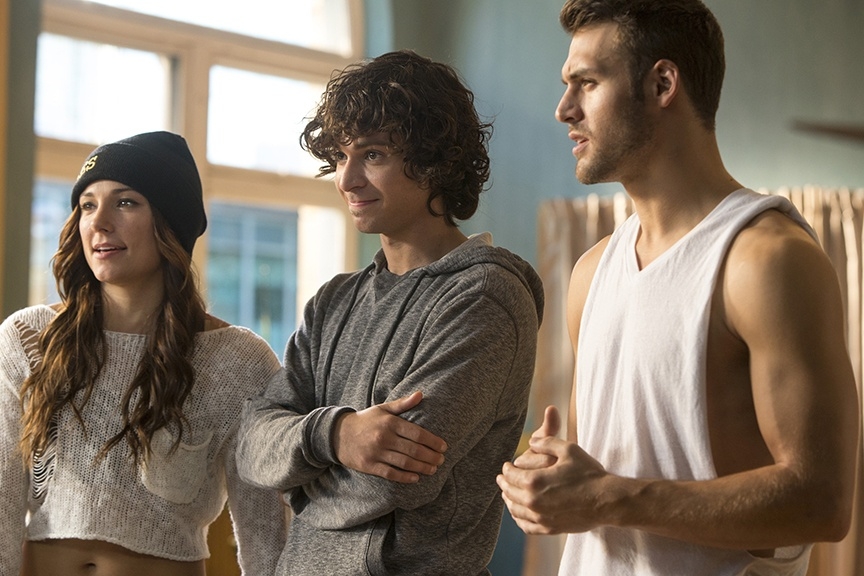 SYNOPSIS: All-stars from the previous “Step Up” installments come together in glittering Las Vegas to battle for a victory that could define their dreams and careers. 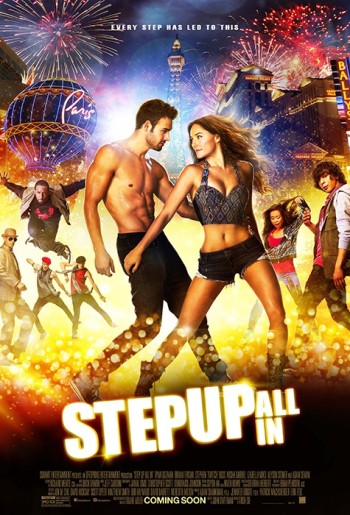 REVIEW: I think the “Step Up” movies will probably always have a following, because the dance world has some seriously devout fans. I say that, even though, as in the case of “Step Up All In,” the plot and acting aren’t particularly noteworthy. But the dancing is fantastic. I mean, let’s face it, people see these movies for the dancing, not the other stuff. And maybe that’s ok. It gives excellent dancers a place to shine on the big screen, and it’s inspiring for everyone else who wants to dance for a living.

“Step Up All In” begins with Sean (Ryan Guzman) and his Miami dance crew, “The Mob,” trying to land a gig in Los Angeles six months after their last gig, a Nike commercial that paid $50,000. (I’m so happy to see some mention of money; in so many of these dance/creative movies, the characters magically seem to be able to pay their bills while not holding a steady job.)

When the rest of the crew decides to return to Miami, Sean is determined to stay and make his dreams come true. So he visits old pal Moose (Adam G. Sevani), whose grandparents own a dance studio and allow Sean to work there as a handyman. That’s right, a handyman, not a teacher.

Sean soon learns about “Vortex,” a VH1-sponsored dance competition in Las Vegas, and convinces Moose to help him form a new crew. So together, they track down some former “Step Up” dancers, including Andie (Briana Evigan), and their new team, named LMNTRIX, secures a chance to win a three-year dance contract with Vortex. When they get to Vegas, however, Sean’s old dance crew is there and none too happy with the fact that he left them in the dust to form a new crew (never mind that THEY left HIM!).

Look, you don’t go into a “Step Up” movie expecting to see a thoughtful plot or Oscar-worthy acting performances. You go to see the dancing, and the dancing in this fifth installment is fantastic, not to mention that it features a bevy of former “Step Up” dancers, and as mentioned, each of these dancers has a devout fanbase.

There are a few poignant moments, especially involving a little romantic spark between Andie and Sean, but really, it’s all about the dancing. There’s a 3D option, but it doesn’t add much to the film, so save your cash for a 3D movie where it counts.

Sex/Nudity: Some romantic tension between a male and female dancer, who eventually share a kiss. Another pair of dancers are a couple and live together.

Violence/Gore: Includes a bar room fight, a few dance “battles,” and some heated pushing and shoving.

Drugs/Alcohol: The 20-something dancers drink socially and get drunk on one occasion.

Which Kids Will Like It? Kids 13 and older who love dance movies or follow any of the dancers.

Will Grownups Like It? The dancing is great, but the plot and acting leave something to be desired.