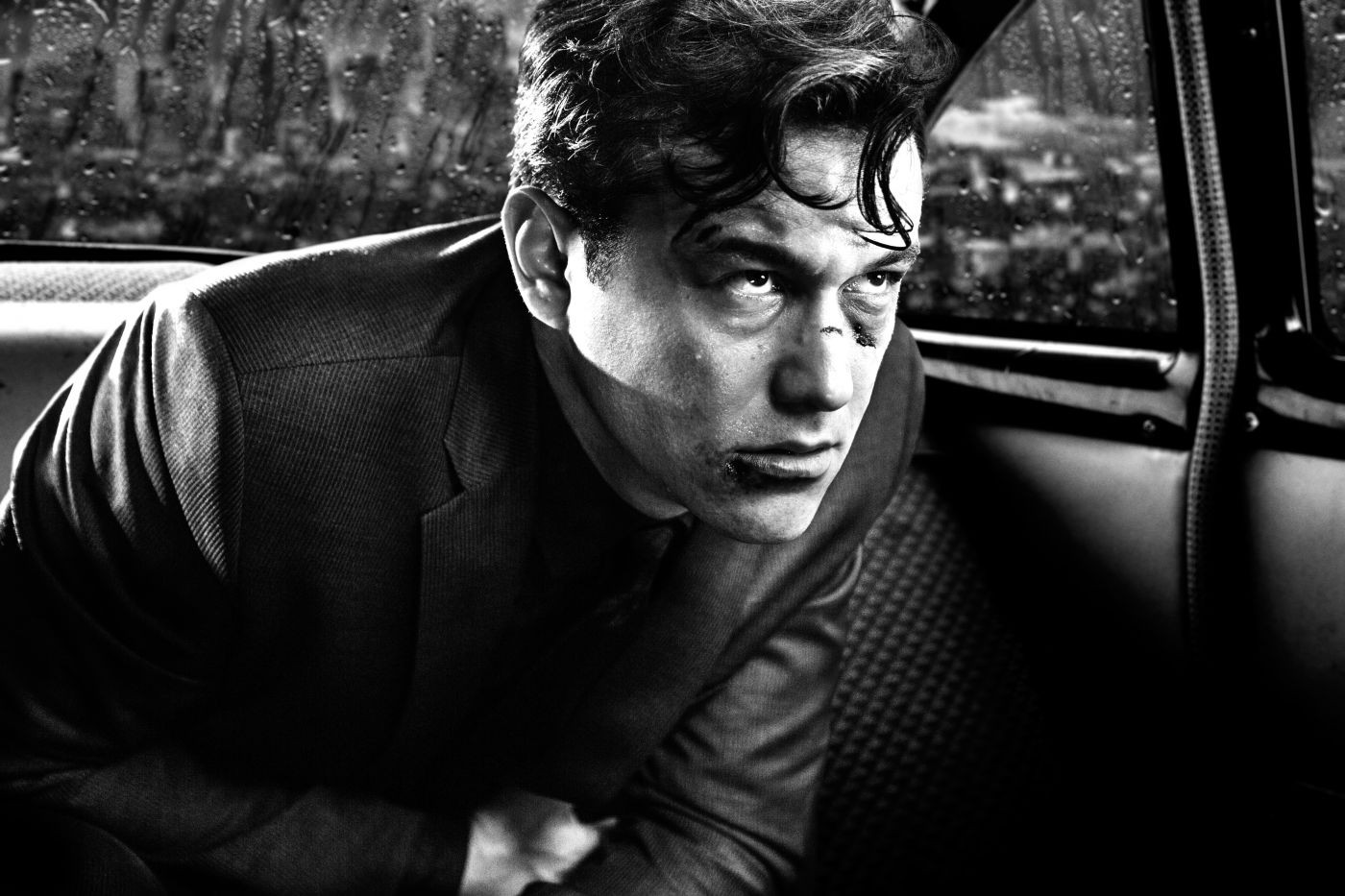 SYNOPSIS: No one is happy in Sin City, a place where greedy gamblers, lethal assassins, desperate cops, back-alley doctors, powermongers and prostitutes all cross paths at one time or another. 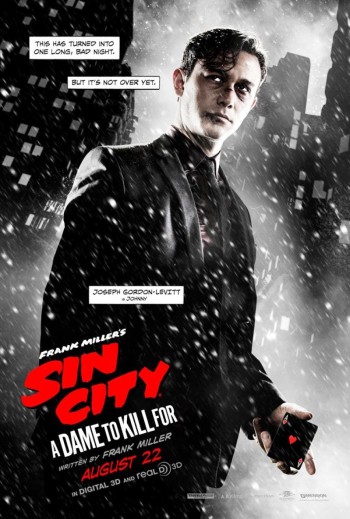 REVIEW: A person on fire. An exploding car. A hanging. A slit throat. A seamy poker game. Revenge! Power! Greed! Just another day in Sin City, and that’s just the first two minutes of this movie.

It probably would have been a good idea if I’d watched the first “Sin City” movie (released in 2005) again before watching this one. But I didn’t, so must admit I was a little lost regarding the various characters and their vendettas. And, of course, there’s also Frank Miller’s graphic novel. Might have been helpful to read that. But I didn’t because, frankly, it’s not really my thing. The movie is visually stunning, but wow, these people have issues.

Several stories unfold in Sin City, a place where no one ever sleeps and everyone is desperate. Like a classic film noir movie (chopped up in a grim blender run by directors Robert Rodriguez and Frank Miller), each character narrates his or her own story, with lines like, “Night turns to day and then it’s night again and there’s nowhere to hide.”

First up, Marv (Mickey Rourke, with a super impressive chin) can’t remember a thing leading up to his altercation with some homicidal college kids. Meanwhile, stripper Nancy (Jessica Alba) works the stage at a sleazy nightclub and dreams of avenging the death of her one true love, Hartigan (Bruce Willis).

It’s been nine years, since Frank Miller and Robert Rodriguez delivered “Sin City,” and “Sin City: A Dame to Kill For” has the same look and feel. I love the hard-boiled characters and black-and-white canvas punctuated with bits of color here and there — blood red lips, a pink feather boa, a sapphire blue coat.

But the dazzling special effects (I saw it in 3D; love those flying shards of glass) and interesting storylines at the beginning devolve into a melange of overly violent, sex- and alcohol-fueled characters out for revenge. I know, I know, it’s Rodriguez and Miller, but I shudder to think what goes on inside their twisted minds when it comes to women. The female characters in this movie are either sex objects or dangerous assassins. Then again, the men don’t fare much better.

I can’t say I highly recommend “Sin City: A Dame to Kill For,” but it’s very interesting if viewed as a conceptual piece of cinematic art.

Sex/Nudity: Lots of rough sex scenes, and several of the female characters are prostitutes. Two male characters cheat on their wives. The opening credits include drawings of topless women, and a female character is shown naked in several scenes. Strippers in revealing outfits dance and grind on stage. A young man is revealed to be the son of an older man who slept with a prostitute. A woman asks a man to slap her during rough sex.

Violence/Gore: What ISN’T shown, is a better question. This movie contains assorted violence  from beginning to end, including shooting, kicking, fistfighting, sword-slicing, arrow-piercing, eye-gouging and head-severing — both men and women. Some red blood and wounds are shown, but most of the blood is shown as stylized pure white. A man’s fingers are broken with pliers.

Drugs/Alcohol: Much use of alcohol throughout, including a female who guzzles vodka from a bottle, two characters who drink before killing someone, and characters who drink in bars. A doctor ties off his arm and injects something to “steady his hands.” Various characters smoke cigarettes and cigars, and one takes prescription drugs.

Which Kids Will Like It? This one’s not for kids.

Will Grownups Like It? If you like the graphically violent genre inhabited by Frank Miller and Robert Rodriguez, this movie is worth a look.