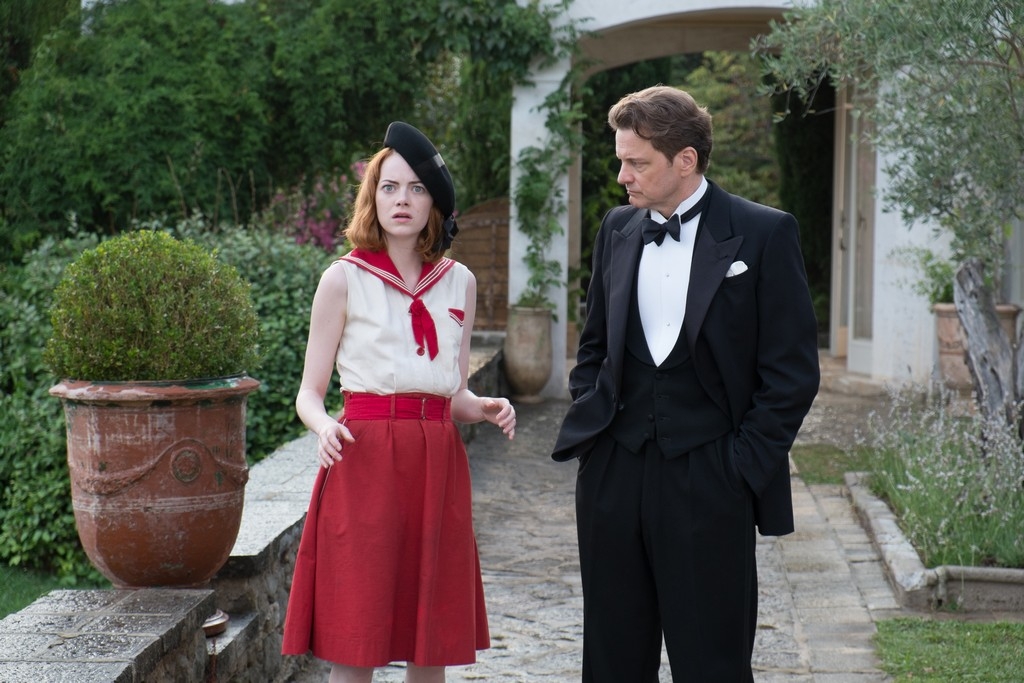 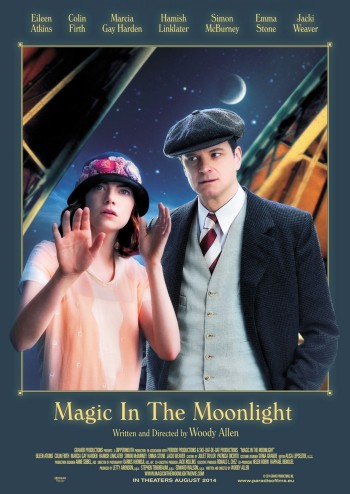 REVIEW: I came home from “Magic in the Moonlight,” and my daughter asked me how it was. “Lovely,” I said. “Is it your favorite romantic comedy of all time?” she asked. “No, but it’s still very lovely,” I replied.

“Lovely” is the perfect way to describe “Magic in the Moonlight,” Woody Allen’s latest film about life, love and romance. And it features a gorgeous setting — the Riviera in the South of France, where people have so much money they don’t know what to do with it.

Sophie and her mom (Marcia Gay Harden) are guests of the extremely wealthy Catledge family, and Brice Catledge (Hamish Linklater) has his heart set on marrying the charming Sophie, serenading her with a ukulele to the point of annoyance. As Stanley tries to expose Sophie as a fraud, he finds his own cynical heart starting to soften.

Yes, “Magic in the Moonlight” is lovely, but I can’t say it’s one of my favorite Woody Allen movies. That award goes to “Annie Hall,” “Crimes and Misdemeanors” and “Manhattan.” Ok, I’ll throw “Blue Jasmine” in there, too.

But “Magic” is worth checking out, for Stone’s performance as a beguiling young woman with huge eyes, an appetite to match, and a stunning wardrobe. Firth plays Allen’s usual neurotic character who learns something about himself during the course of the movie. One complaint is that Firth and Stone don’t seem to have much chemistry, possibly because they’re so far apart in age.

A standout is Eileen Atkins, who plays Stanley’s Aunt Vanessa and steals every scene she’s in, dispensing wise advice about life and love with ease. Atkins has been working steadily since 1959, including “Upstairs, Downstairs” (both the 1970s and 2010 versions), “Doc Martin” and the 2013 feature film “Beautiful Creatures.”

Even though Woody Allen churns out a movie every year, often with similar themes, I don’t feel like he’s phoning it in. He still pays great attention to the fine details of setting, clothing and cars, not to mention writing and directing. You get the feeling the actors know this is an acting experience to remember, and they really want to give it their all.

Violence/Gore: A mild argument between friends.

Profanity: “Hell,” as well as mild insults like “wretch” and “moron.”

Which Kids Will Like It? Kids 14 and older who like Woody Allen films or films set in a gorgeous place like the South of France. Teens might love the casting of Emma Stone, but the grownup themes of God, the afterlife, etc. might be too heavy for most kids.

Will Grownups Like It? “Magic in the Moonlight” is a lovely film. Not my favorite romantic comedy of all time, but still very lovely. And for once, here’s a PG-13 movie that’s actually closer to a PG than an R. Imagine that.