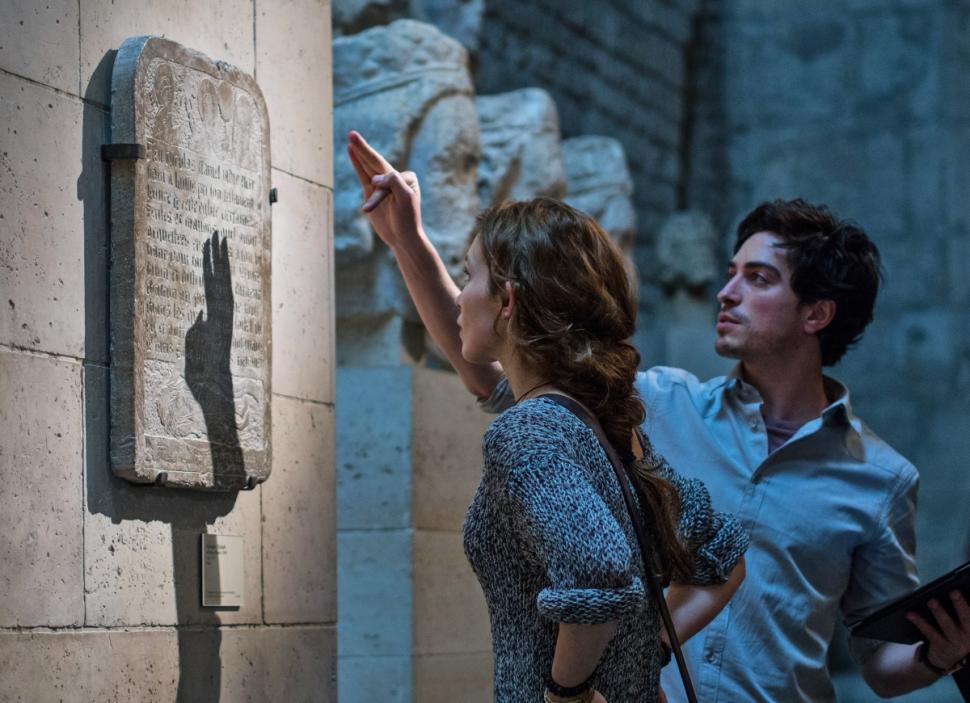 EDITORS: Buy this feature and photos in our Editorial Web Shop.

SYNOPSIS: When a team of explorers ventures into the catacombs that lie beneath the streets of Paris, they uncover the dark secret that lies within this city of the dead. 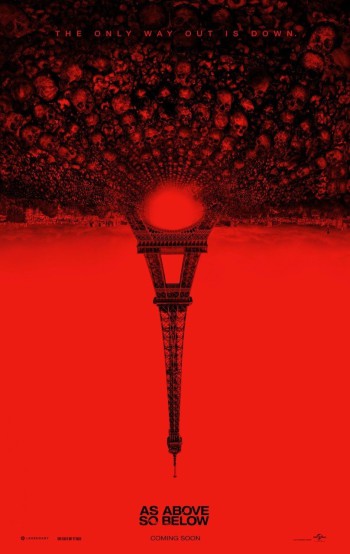 REVIEW: The last movie I saw about confined spaces was “The Descent,” about a caving expedition that goes horribly wrong as explorers become trapped and pursued by a strange breed of predators. “As Above, So Below” reminds me a lot of that movie. Both made me wonder about the kind of people who insist on going deeper into the void to seek out the unknown. I’m so not that kind of person. I will stay safely above ground, thank you very much.

“As Above, So Below” centers on a young archeologist, Scarlett (Perdita Weeks), who discovers that the legendary Philosopher’s Stone lies somewhere in the miles of catacombs beneath the city of Paris. So she recruits her reluctant but loyal friend George (Ben Feldman) to embark on a mission to retrieve the stone. He is able to translate the ancient writings on the walls to help guide them, along with a human guide, Papillon (François Civil), his fearless crew, and a documentary filmmaker, Benji (Edwin Hodge).

As the group — we’ll call them hipsters with headlamps — descends into the spooky passages, each person encounters strange sightings that are tied to their own personal history. And yes, there will be blood.

First of all, can we just call a moratorium on the “found footage” movies? The blurry images and shaky camera effects drive me crazy. I get the whole documentary-style method of storytelling, but this would have been a much more watchable movie if the camera had remained steady throughout.

Aside from that, though, “As Above, So Below” has several things going for it. The idea of eerie catacombs beneath the city of Paris is really, really intriguing. I don’t know why I didn’t know these existed (I’m sure I learned this somewhere along the way), but my teenage daughter, whose had four years of French, gave me the “everybody knows that, Mom” speech a la the Geico commercial, and proceeded to tell me about the bones of the 6 million Parisians down there. After seeing this movie, I would like to stay as far away from those bones and catacombs as possible.

And here’s the thing with these subterranean horror movies — at least one of the characters always wants to keep venturing farther into the bowels of the earth, because rappelling down into a deep, dark hole seems like a grand idea, right? You just know things won’t end well.

I love, however, that the character who does that in “As Above, So Below” is a fearless female explorer. Scarlett is like the love child of Lara Croft and Indiana Jones. She’s smart, keeps her cool during hopeless moments, and is way braver than all the guys in this movie. We’ll just overlook the fact that she’s leading the rest of the team to certain death.

With lots of jump-out-of-your-seat moments and an interesting historical backstory, “As Above, So Below” is a worthy installment in the horror genre. But you might think twice about seeing it if you’re prone to claustrophobia or motion sickness.

Sex/Nudity: Women are shown briefly topless at one point. A male and female character flirt and eventually profess their feelings for each other.

Violence/Gore: Lots of bloody moments, including a serious arm injury, a gaping neck wound, and a head bashed against a rock, although the shaky camera doesn’t linger long on them. Other intense moments include characters falling to their death, dragged into a burning car, and hanged with a noose around their neck. The tunnels cave in at various moments, characters crawl over bones, and there are some hallucinations involving creepy creatures.

Drugs/Alcohol: A character drinks a cocktail at a nightclub.

Will Grownups Like It? If you’re the least bit claustrophobic or prone to motion sickness, you might want to skip this one, lest it show up again in your nightmares.