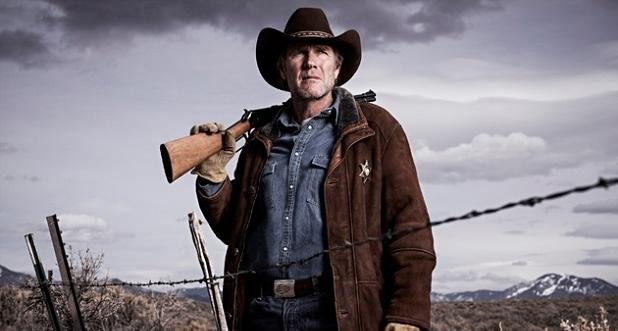 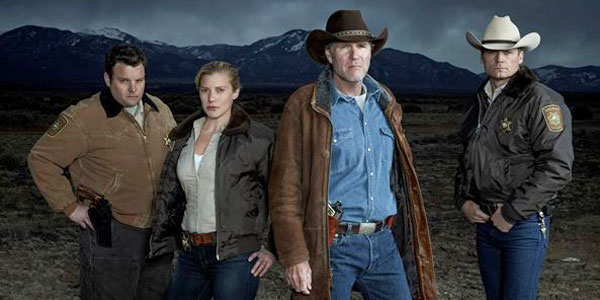 Sad news for anyone who likes a well-written drama.

Instead of picking it up for another season, A&E has made a colossal mistaked and cancelled its most-watched original drama series of all time, “Longmire,” after three seasons. Based on a series of novels by Craig Johnson, the show starred Robert Taylor as Walt Longmire, the weathered sheriff of fictional Absaroka County in Wyoming, along with Katee Sackhoff, Bailey Chase and Adam Bartley as his deputies as they solve a variety of crimes in their sleepy little town. Lou Diamond Phillips starred as Henry Standing Bear, Walt’s best friend, and Cassidy Freeman played Cady Longmire, his daughter.

Every episode never failed to deliver on great acting, as well as compelling and intriguing storylines.

The show had a slight uptick in viewership in its second season, but dropped slightly in its third, though that could be due to repeats of “Criminal Minds” during its third season. It’s also possible that viewership was lost, as fans had to wait nearly a year between seasons.

“We would like to thank the phenomenal cast, crew and producers of ‘Longmire,’ along with our partners at Warner Horizon, for their tireless work on three seasons of quality dramatic storytelling,” reads a statement from A&E. “We are incredibly proud of what we have achieved together.”

It’s said that Warner Horizon is shopping it around to other networks.

Hey AMC, TNT, FX, USA – one of you needs to snap up this show and quick! Do yourself a favor and pick it up for a full season run of 20+ eps. You have a built-in audience and a great cast. You won’t regret it!

Here’s the original trailer for the show.