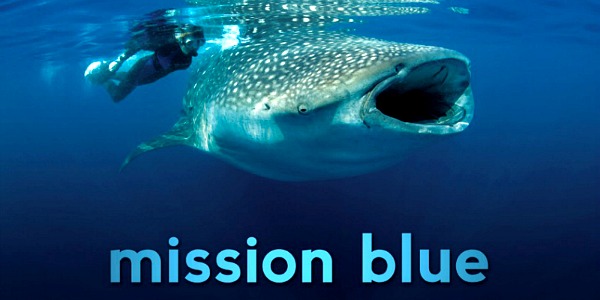 EDITORS: Buy this feature and photo gallery in our Editorial Web Store.

I love documentaries, so I’m always on the lookout for films about passionate people who can open our eyes to new things, new ideas, and new ways of looking at the world.  Let’s take a look at three documentaries recently added to Netflix.

Directed by Fisher Stevens (“The Cove”) and Robert Nixon (“Gorillas in the Mist”), this Netflix original follows legendary oceanographer, explorer and eco-activist Dr. Sylvia Earle on her quest to protect the ocean — and the extraordinary marine life that call it home — from the powerful forces of pollution, overfishing and climate change. “No ocean; no life. No ocean; no us,” she says, predicting that if we continue on our current path, our Big Blue Planet may one day look like Mars.

But it’s Sylvia’s remarkable personal story, professional journey, and passionate devotion to the undersea world that I found fascinating. The film takes us from her early days of exploring the ocean as a young girl to the daring undersea missions she led as a grownup. We learn about the sacrifices, difficulties and tough choices she faced along the way, and I ponder why Jacques Cousteau became a household name, while Sylvia Earle did not.

But this female ocean warrior has logged more than 7,000 hours underwater (I looked – didn’t see any gills), and it seems like a good idea to listen to what she’s saying and watch the stunning, sometimes heartbreaking footage from cinematographer Bryce Groark that shows the industrialized world’s devastating impact on our oceans, from the Deepwater Horizon oil spill in the Gulf of Mexico to the shocking wasteland in Australia’s Coral Sea.

TINY: A STORY ABOUT LIVING SMALL

My dream is to one day downsize and get rid of all our crap. Yes, crap. So many of us have Too.Much.Stuff, and simplifying our lives sounds like heaven, doesn’t it? Henry David Thoreau thought so, too. “I went to the woods because I wished to live deliberately, to front only the essential facts of life, and see if I could not learn what it had to teach, and not, when I came to die, discover that I had not lived,” he wrote in “Walden.”

This thoughtful documentary follows Merete Mueller and Christopher Smith on their journey to discover what Thoreau was talking about. To that end, they build a Tiny House from scratch (despite the fact that they have no construction experience), and interview fellow Tiny Housers who’ve downsized into homes smaller than the average parking space. The film raises questions about sustainability, thinking outside the box, and the new American Dream, which my friend Kerri Fivecoat-Campbell writes about on her site, “Living Large In Our Little House.“]

Watch “TINY: A Story About Living Small” on Netflix.

I remember going to SeaWorld with my family when I was a kid, and being fascinated by the whales, dolphins and other sea creatures performing tricks for audiences. I might have felt differently if I’d watched this documentary back then. It focuses on Tilikum, an orca whale involved in the deaths of three people. It also delves into the ethics and consequences of keeping orcas, a.k.a. killer whales, in captivity.

The story of Tilikum includes his capture in 1983 off the coast of Iceland, his harassment by fellow captive orcas at Sealand of the Pacific (incidents which contributed to the orca’s aggression,” says director Gabriela Cowperthwaite), and testimonials from such experts as Lori Marino, Director of Science with Nonhuman Rights Project.

No matter how a theme park treats its animals and performers, after seeing this documentary, I’ve come to the conclusion that these beautiful creatures shouldn’t be held captive for the amusement of humans. But check out the film and decide for yourself.