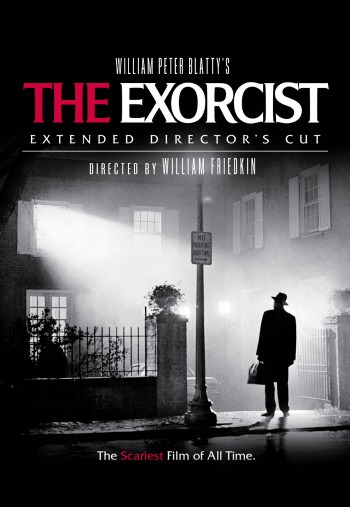 Hollywood loves ghostly spirits. Truth be told, we all do. They conjure up that sense of other-worldly curiosity that is so much a part of our childhood imaginations we never truly grow out of. And in that way, they tap into something deep within each and every one of us. There is not a human civilization that has not produced stories of the supernatural. One way or another, ghosts, spirits and angels are ever-present and everywhere.

Perhaps surprisingly, Hollywood’s embrace of the supernatural is as much about its comic and romantic possibilities as it is the schlock-horror Stephen King, Freddie Kruger style of phantom. Banquo’s ghost in Shakespeare’s “Macbeth,” the Headless Horseman of “Sleepy Hollow” and the short stories of Edgar Alan Poe are the classic forebears of the creepy tradition that has offered up some genuinely terrifying movie moments: “Poltergeist” and “The Exorcist” are two notable examples. But there are plenty of contemporary cinematic spectres which are considerably less, well, spooky.

Moaning Myrtle in the “Harry Potter” series is the latest in a long line of vaguely comic cinematic spirits dating all the way back to Noel Coward’s Blithe Spirit in 1945.  And before that, Casper the Friendly Ghost, for all his big screen appearances in 1995 and 2009, was popping up in comic books as early as the 1930s.

For filmmakers and storytellers, in general, spirits are an extremely useful device. They can come and go as a story demands, ignoring locked doors and transport logistics, and they can add layering to a story by giving voice to characters who might not ordinarily still have one. They’re also a great way to play with time, as in Dickens’ “A Christmas Carol” and that other holiday staple, 1946’s “It’s a Wonderful Life,” where ghostly spirits are able to shed light on possible futures.

In the 1990s, Demi Moore and Patrick Swayze in “Ghost” (1990), Alan Rickman and Juliet Stevenson in “Truly Madly Deeply” (1990), and Bruce Willis in “The Sixth Sense” (1999) memorably captured a truly poignant sense of their characters’ reactions to loss and bereavement by interweaving the narratives of spiritual and earthly characters. In the process, the films helped boost the popularity of spiritual and psychic matters on both sides of the Atlantic.

In a classic case of life imitating art, those films stimulated unprecedented interest in spiritual matters. Psychic readings are now an established and increasingly respected realization of Hollywood storylines. In effect, a timeless set of beliefs and customs has become established as a thoroughly modern profession. Communicating with those who have passed and seeking insight into the future is now widely seen as a valuable source of comfort, counselling and advice. The strong emotional themes those films drew out have had a dramatic and far reaching effect.

Paul Levinson, professor of communications and media studies at Fordham University in New York, recently told USA Today, “Psychics have been believed in for thousands of years. Their success in the popular culture now expresses an already widespread, deep human need to know people who can know the future.”

Hollywood doesn’t always get everything right. Sometimes its products are just plain dumb. But every so often, they come up with something seriously meaningful. In the case of the many and varied portrayals of the spirit world in recent years, the effects of Hollywood’s more sympathetic portrayals may not be as fantastical or as farcical as you might imagine.