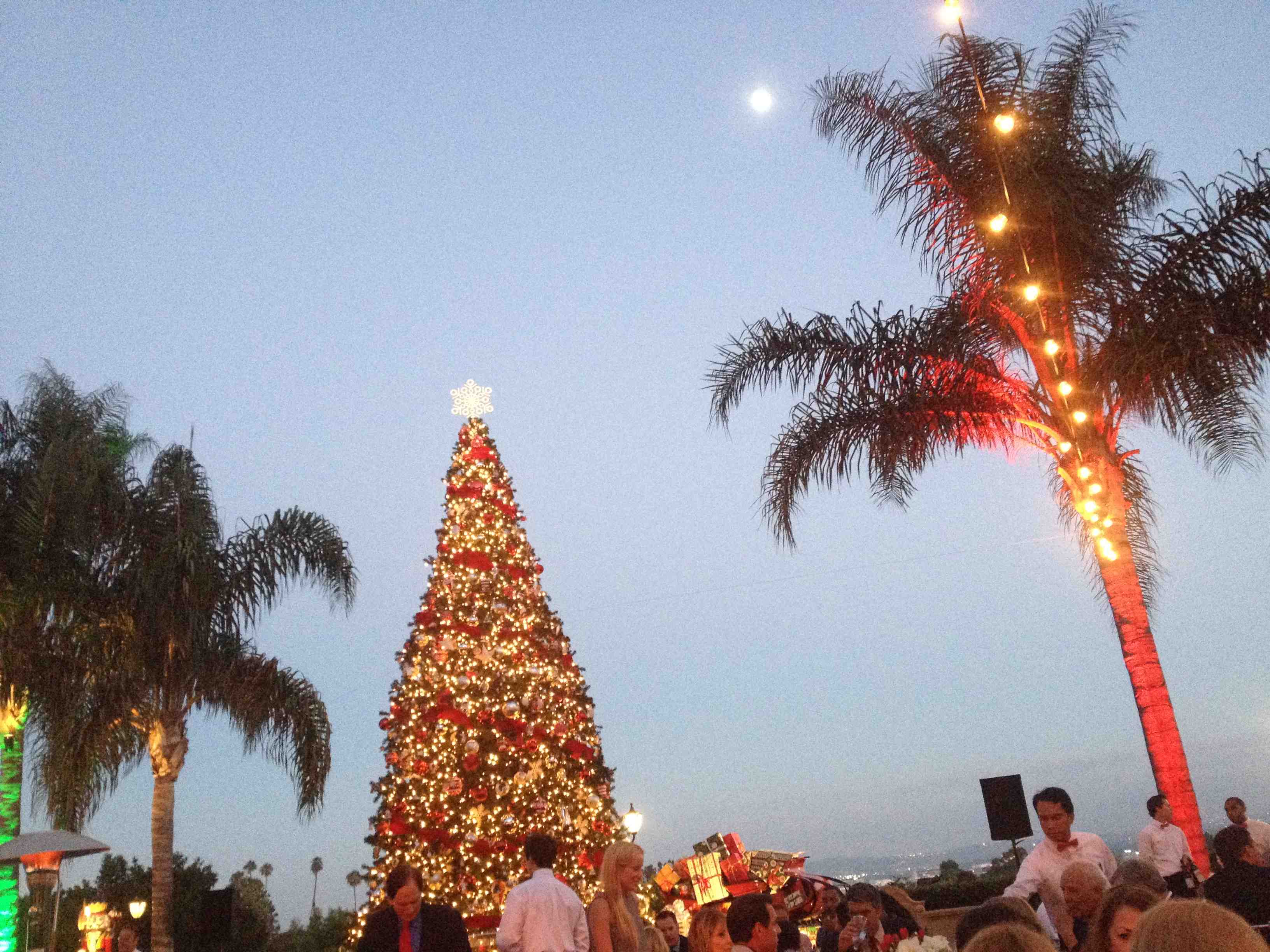 Hallmark Channel really knows how to put on a shindig. For TCA Week (Television Critics Association), Hallmark invited guests to celebrate the winter holidays despite the 90+ degree heat. TCA members were shuttled from The Beverly Hilton to a swank mansion in the middle of Beverly Hills. A privately owned estate, the mansion featured amazing modern works of art and a dining room with a glass bottom floor that looked down to an indoor pool below.

Upon arrival, I felt like I must have mistakenly stepped into the Tardis and ended up in the 80s. Walking amongst us were such 80s staples as Morgan Fairchild, Bruce Boxleitner, Alan Thicke, Lisa Welchel, Kim Fields, and Gregory Harrison to name a few.

William J. Abbott, President and CEO of Crown Media, announced at the event that the Hallmark Movie Channel will be rebranded as Hallmark Movie and Mystery Channel in October. The channel will feature original movies like “The Memory Book” starring Meghan Ory (“Once Upon a Time,” “Intelligence”) and “Wedding Planner Mystery” starring Erica Durance (“Smallville,” “Saving Hope”) and Andrew Walker (“A Bride for Christmas”), who “When Calls the Heart” fans will recognize as Billy Hamilton, the con artist who tried to steal Elizabeth Thatcher’s heart.

They also announced yet another installment in “The Good Witch” series of films starring Catherine Bell, as well as a new holiday movie based on Debbie Macomber’s upcoming book “Mr. Miracle,” which will be used as a backdoor pilot for a possible new series. “The Good Witch” will also premiere as a series starting in early 2015.

As a fan of “Signed, Sealed, Delivered” (fans are known as “POstables”) and “When Calls the Heart” (“Hearties”), I was disappointed to hear the cast of SSD would not be at the event, as they were still up in Vancouver filming the Christmas movie. No official word if SSD has been picked up for Season 2, though this writer believes there’s a good chance since they are filming a holiday movie.

As a self-proclaimed Heartie, I was delighted to finally meet most of the cast of the show including Brian Bird, the executive producer on the show. Imagine my surprise when Crown Media showed a sizzle reel for the two networks and a quote from my article about the show ended up in the segment promoting the show!

Hearties were recently in a bit of uproar when they heard the show’s second season wasn’t slated to premiere until May 2015. When I chatted with Erin Krakow, who plays Elizabeth Thatcher, about it, she, too, found out about the Season 2 timetable the same time fans did.

She said it was sometimes hard to live-tweet, as not only does the episode usually air months after they’ve finished filming it, but they also don’t always get to see a cut of the show before it airs, so trying to recall minutiae and even specific details can be difficult.

On a lighter note, Hearties had begun to notice that it appeared Daniel Lissing (who plays Elizabeth’s love interest, Mountie Jack Thornton) wore the same tie in every photo of him posted online, including a photo of the two of us when I first met him. Curious minds wanted to know and he happened to be wearing a black tie so I asked him. He paused for a moment (probably thinking about various photos of himself with a tie on) and then burst out laughing. He promised he did indeed own more than one tie but that, admittedly, they were various shades of black or grey. “Perhaps 50 shades?,” I wanted to ask, but refrained. He had contemplated wearing a pink tie to the event, but said he just couldn’t do it.

Lissing said he was preparing to slip back into Mountie Jack’s boots by getting back on the horse, literally. He’s spending time horseback riding and training to get back into the swing of things. Asked if he could reveal anything about storylines for Season 2, he did hint that we would possibly meet more of Elizabeth’s family, perhaps even travel back East to meet them.

Production on Season 2 of “When Calls the Heart” is slated to begin at the end of August/early September.