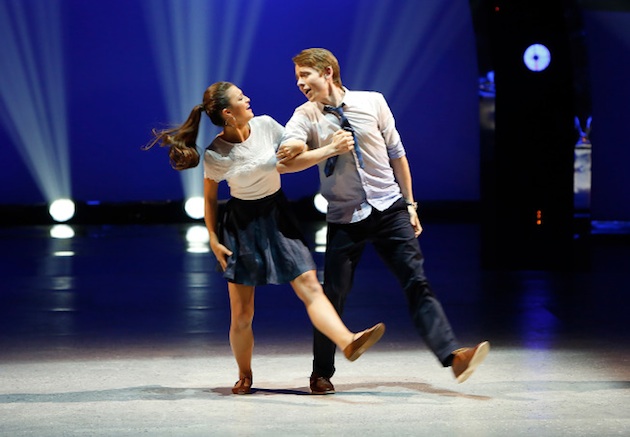 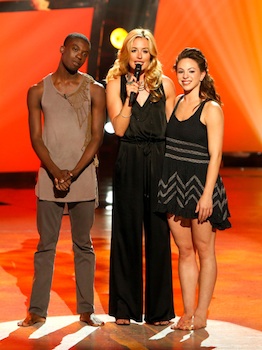 Hey City Kids, “So You Think You Can Dance” brings us another night of great dancing to terrific music—rightly so, considering their seven Emmy nominations this season, including four for choreography (congratulations to NappyTabs, Christopher Scott, Mandy Moore, and Travis Wall). This episode also brings another disappointing elimination—if not necessarily surprising.

Misty Copeland returns as guest judge, along with resident judges Mary Murphy and Nigel Lythgoe. The Top 18 dance a wacky Game of Thrones-esque chess match, choreographed by Pharside and Phoenix of Academy of Villains, the winning crew who we’ll see perform in an upcoming episode. Cat Deeley informs us of the dancers in jeopardy: Jourdan, Bridget, Emily, Emilio, Stanley, and Teddy. Then the competition really begins.

Zack and Jacque have the first dance, and the first of my Top 5 dances: a beautiful lyrical hip-hop that reminds Cat Deeley of the NappyTabs routine from season 4, Mark and Chelsie’s “Bleeding Love.” I wonder if the studio audience can see the first several movements of the routine, as the couple starts conversing in sign language while lying on the floor. Well, not literally sign language, but it looks like it. The routine grows and develops, bringing the dancers to their feet and dancing in unison. It’s touching, especially with the help of Sam Smith’s great song, “Stay With Me.”

I’ve mentioned here several times how much I enjoy Stanley’s dancing, and this Tyce Diorio jazz with Jessica doesn’t disappoint. Not me, at least, though the judges have other things to say, like warning them to watch their facial expressions. Stanley flies through it, looking gorgeous and having a great time, but I can see how his boundless energy can be difficult to control. Jessica is also starting to wane, and the judges warn her that she hasn’t been living up to her first week of competition. Still, this flying carpet choreography is entertaining (and dancing on carpet is considerably harder than it looks), and Stanley’s beautiful to watch.

I’ve found the men so strong this season. It used to be I had to make a conscious effort to watch the men because the women were so dazzling, but this season most of the women are dwarfed by the men (perhaps because the women are starting to look the same). Both Teddy and Casey fall into that category, and they both shine in their respective dances, though Emily holds her own with Teddy more than Brooklyn does with Casey. I enjoyed both of these routines—so what the heck, I’m going to include them both.

Luther Brown’s funky skeleton hip-hop with Carly and Serge reminds me of the classic Disney cartoon, “The Skeleton Dance.” Hip and cool, with wavy isolations and lots of attitude, the dance starts well, but then feels a little redundant. My guess is that’s what Nigel is commenting on when he warns them that he doesn’t think it’s enough to get audiences voting. But Mary and Misty both love the routine.

Tanisha and Rudy’s show-stopping number brings the judges to their feet, as they kick, leap, and razzle dazzle Warren Carlyle’s classically Broadway choreography. While I’d like a little more variety in spacing, since the whole routine is in side-by-side unison, it’s a fun number that the dancers sell with everything they’ve got.

After the number, Cat wink-wink-nudge-nudges Rudy to confirm what he reveals in the package: that he has a crush on Jacque. Lucky for him, Zack revealed in their package that Jacque is obsessed with Rudy, so there may actually be a real romance brewing on the show this season. As cute as the exchange with Cat is, it also makes me a bit uncomfortable. But it’s better than the manufactured romance “Dancing With the Stars” tries to incorporate, especially with Peta Murgatroyd and every hot young partner she’s ever had, ever.

With the dancing and a performance from A Great Big World done, Nigel wastes no time in revealing the two eliminated dancers: Stanley and Jourdan. The judges’ lukewarm comments foreshadow Stanley’s ousting, but I wasn’t quite expecting Jourdan’s. I can’t say I’m too heartbroken about her though (as I am with Stanley); she never had enough chance to get out from Jacque’s shadow—and who knows, now people may not want to risk losing either Jacque or Rudy (who I think is a fan favorite anyway) for fear of breaking up the budding romance. It’ll be interesting to see how it plays out.

So what do you think, city kids? Are you sad Stanley and Jourdan are gone? Do you agree that the men are stronger than the women this season? Why is Cat so desperate to have a romance on the show, and did you enjoy it, or did it make you uncomfortable? Share your thoughts in the comments.