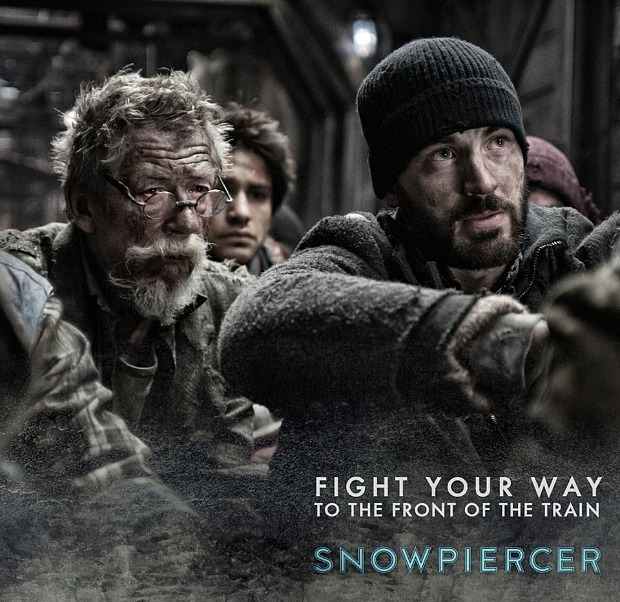 Watch a brand new movie at home with just the click of a remote? You can’t beat that! Some of the hottest movies hitting the big screen in July are actually available on cable’s “Movies On Demand,” either before on the day of their theatrical release. Film distributors are continually testing out new channels of distribution, which is generally good news for movie lovers.

Notable “On Demand” releases this month include the much buzzed-about “Snowpiercer,” the Roger Ebert documentary “Life Itself,” and Mark Jackson’s “War Story,” starring Catherine Keener and Ben Kingsley.

Here’s the rundown of “Movies On Demand” for July: 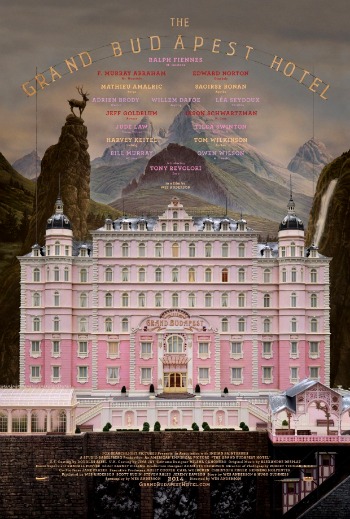 The Grand Budapest Hotel (Fox; R for language, some sexual content and violence) Wes Anderson’s latest quirky comedy follows the adventures of M. Gustave (Ralph Fiennes), a legendary concierge at a famous European hotel, and Zero Moustafa (Tony Revolori), the lobby boy who becomes his most trusted friend. A must for fans of Wes Anderson and his usual suspects, including Tilda Swinton, Bill Murray, Harvey Keitel, Jude Law, Adrien Brody, Willem Dafoe, Edward Norton, Jeff Goldblum, Saoirse Ronan, Owen Wilson and F. Murray Abraham. Read what Fiennes had to say at the film’s press conference, where he praised Anderson for nurturing his character “back to something simple and understated.”

Affluenza (Cinetic; TV-MA) From director Kevin Asch comes this drama about an aspiring young photographer who finds himself caught up in a heady world of money, sex, and privilege when he moves to wealthy Long Island in the summer of 2008. Stars Ben Rosenfield, Nicola Peltz, Steve Guttenberg and Gregg Sulkin. Pre-Theatrical Release.

Louder Than Words (ARC; PG-13 for brief strong language, some thematic material and smoking) After the unexpected death of their daughter, a couple work to build a state-of-the-art children’s hospital where families are welcomed into the healing process. Stars David Duchovny, Hope Davis, Timothy Hutton, Adelaide Kane and Xander Berkeley.

The Lunchbox (Sony; PG for thematic material and smoking) A mistaken delivery in Mumbai’s famously efficient lunchbox delivery system connects a young housewife to an older man in the dusk of his life as they build a fantasy world together through notes in the lunchbox. Irrfan Khan and Nimrat Kaur star in this romantic drama written and directed by Ritesh Batra. 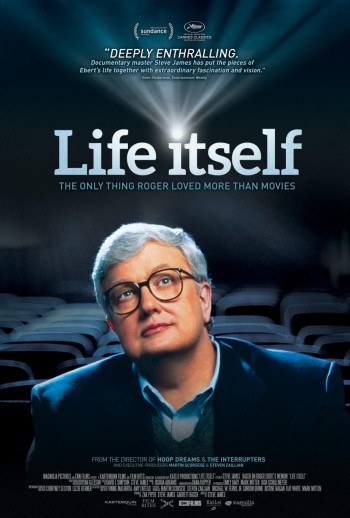 Bad Words (Universal; R for crude and sexual content, language and brief nudity) This surprisingly sweet (and, ok, sometimes raunchy) comedy from director Jason Bateman follows a spelling bee loser who sets out to exact revenge by finding a loophole and attempting to win as an adult. Bateman stars, along with Kathryn Hahn, Rohan Chand and Allison Janney.

Le Week-End (Brainstorm; R for language and some sexual content ) Jim Broadbent and Lindsay Duncan star in Roger Michell’s romance about a British couple who return to Paris many years after their honeymoon there in an attempt to rejuvenate their marriage. Read Vera Marie Badertscher’s thoughts on the film, in which she praises Hollywood for finally realizing that life doesn’t end at 30.

The Raid 2 (Sony; R for sequences of strong bloody violence throughout, sexuality and language) Only a short time after the first raid, Rama goes undercover with the thugs of Jakarta and plans to bring down the syndicate and uncover the corruption within his police force. Iko Uwais and Julie Estelle star in this action/thriller directed by Gareth Evans. Read Paula Schwartz’ report from the film’s press event and Lisa de Vincent’s review, in which she warns people to never ever “do anything that gets you thrown in prison while vacationing in Indonesia.”

Snowpiercer (Weinstein/Radius; R for violence, language and drug content ) This sci-fi action/thriller directed by Joon-ho Bong is already a cult-classic and sleeper hit, thanks to a terrific story and great cast. The action takes place in a future where a failed global-warming experiment kills off all life on the planet except for a lucky few that boarded the Snowpiercer, a train that travels around the globe, where a class system evolves. The all-star cast includes Chris Evans, Tilda Swinton, Jamie Bell, Octavia Spencer, John Hurt, Ed Harris, Alison Pill, Song Kang Ho and Ko Asung.

A Brony Tale (Virgil; TV-MA) When Vancouver-based voice artist Ashleigh Ball was hired to voice Apple Jack and Rainbow Dash for Hasbro’s “My Little Pony: Friendship Is Magic,” she had no idea she would become an Internet phenomenon and major celebrity to a worldwide fan-base of grownups. Yep, Bronies — grown males — are united by their belief in the show’s philosophy: just be yourself, even if that means liking a little girls’ cartoon. This documentary was written and directed by Brent Hodge.

Under the Skin (A24; R for graphic nudity, sexual content, some violence and language) This sci-fi thriller from director Jonathan Glazer stars Scarlett Johansson as a mysterious woman who seduces lonely men in the evening hours in Scotland. Events, however, lead her to begin a process of self-discovery. Jeremy McWilliams also stars.

Video Games: The Movie (GoDigital; TV-G) Ever wonder how video games are made, marketed and consumed? And what does it mean to be a “gamer”?  This documentary takes a look at gaming history and culture through the eyes of game developers, publishers, and consumers. Written and directed by Jeremy Snead, Sean Astin narrates, with appearances by Wil Wheaton, Zach Braff and Donald Faison. Same Day As Theatrical Release.

Among Ravens (Gravitas; TV-14) This comedy from directors Russell Friedenberg and Randy Redroad follows a group of friends who reunite for their annual 4th of July weekend only to be confronted by Chad, a strange and beautiful nature photographer who begins to change their lives one by one. Stars Amy Smart and Natalie Imbruglia. Same Day As Theatrical Release.

Heaven Is for Real (Sony; PG for thematic material including some medical situations) Based on the book of the same name, this movie recounts the true story of a couple whose son claims to have visited Heaven during a near death experience. The boy recalls amazing details about things that happened before his birth — things he couldn’t possibly know about. Greg Kinnear, Kelly Reilly, Thomas Haden Church and young Connor Corum star in this thoughtful film directed by Randall Wallace. Read my review, in which I praise Corum for being “both cute and believable with the reverent subject matter.”

Sabotage (Universal; R for strong bloody violence, pervasive language, some sexuality/nudity and drug use) Arnold Schwarzenegger continues his journey back to the big screen in this action thriller directed by David Ayer. The story follows members of an elite DEA task force who find themselves being taken down one by one after they rob a drug cartel safe house. Also stars Sam Worthington, Joe Manganiello, Josh Holloway and Terrence Howard.

Transcendence (WB; PG-13 for sci-fi action and violence, some bloody images, brief strong language and sensuality) Wally Pfister directs this sci-fi thriller starring Johnny Depp as a scientist whose drive for artificial intelligence takes a dangerous turn when his consciousness is uploaded into one such program. Rebecca Hall, Paul Bettany, Cillian Murphy, Kate Mara and Morgan Freeman also star. Read my review, where I pondered whether the film had too much going on.

Tyler Perry’s The Single Moms Club (Lionsgate; PG-13 for some sexual material and thematic elements) When five struggling single moms put aside their differences to form a support group, they find inspiration and laughter in their new sisterhood, helping each other overcome obstacles that stand in their way. Written and directed by Tyler Perry, this comedy stars Nia Long, Amy Smart, Cocoa Brown, Terry Crews, William Levy and Wendi McLendon-Covey.

Cesar Chavez (Lionsgate; PG-13 for some violence and language) Chronicling the birth of a modern American movement, this film tells the story of the famed civil rights leader and labor organizer torn between his duties as a husband and father and his commitment to securing a living wage for farm workers. Directed by Diego Luna, this drama stars Michael Peña, America Ferrera, Rosario Dawson and John Malkovich. Read Melanie Votaw’s report on the film, which she calls “a fascinating story.” 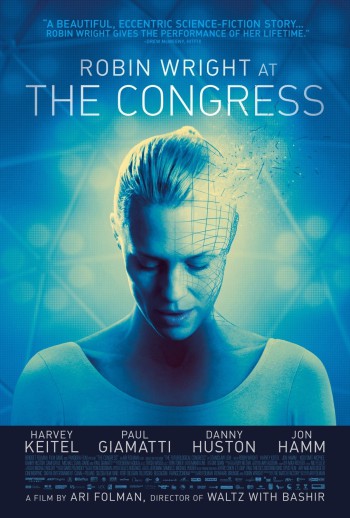 Rio 2 (Fox; Rated G) It’s a jungle out there! Especially for Blu, Jewel and their three kids after they’re hurtled from Rio de Janeiro to the wilds of the Amazon. As Blu tries to fit in, he goes beak-to-beak with the vengeful Nigel and also meets his father-in-law. Carlos Saldanha directs this cute film featuring the voices of Jesse Eisenberg, Anne Hathaway, George Lopez, Leslie Mann, Kristin Chenoweth, Jamie Foxx, Andy Garcia and Bruno Mars. Check out my review, in which I praised the bright, colorful film as fun for kids of all ages.

War Story (IFC; TV-MA) Catherine Keener stars as Lee, a world-weary American woman who arrives in an Italian city, tangles with hotel staff, smokes incessantly, and ignores a persistently ringing telephone. Yes, there are demons brewing beneath the surface, but when she resolves to help a young woman in need, she gains a new perspective on life. Ben Kingsley also stars in this drama directed by Mark Jackson. Same Day As Theatrical Release.