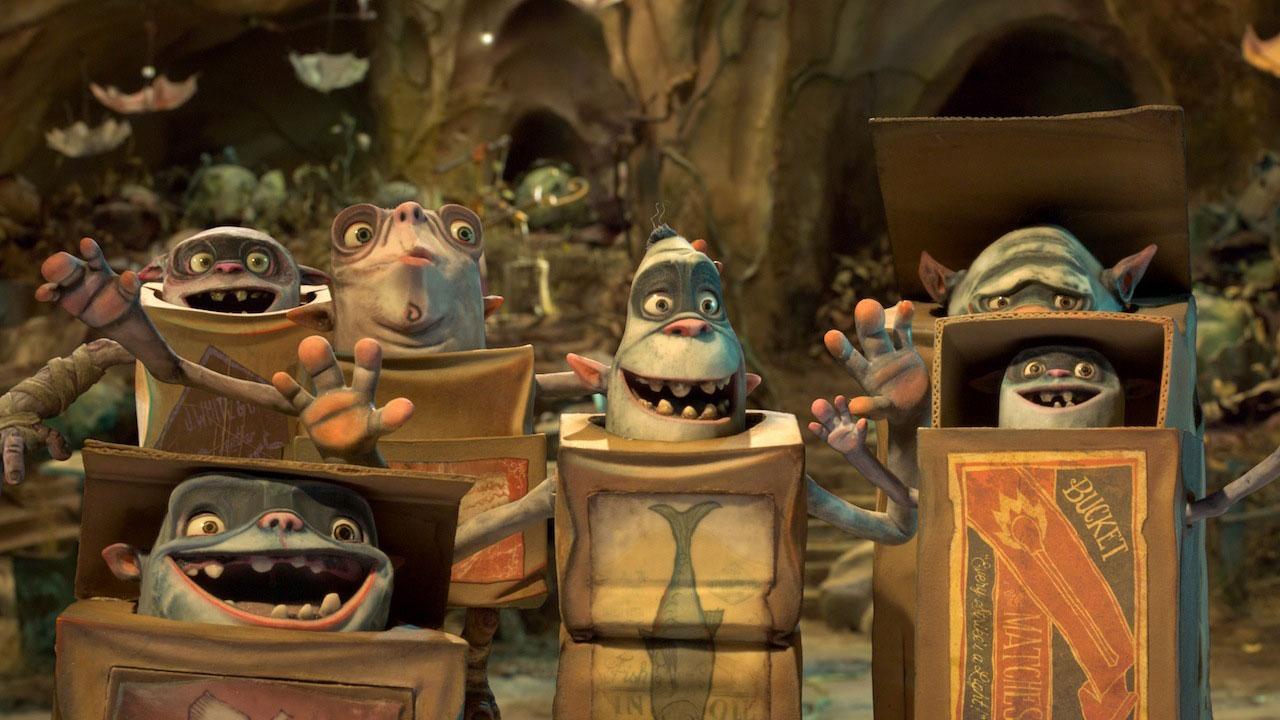 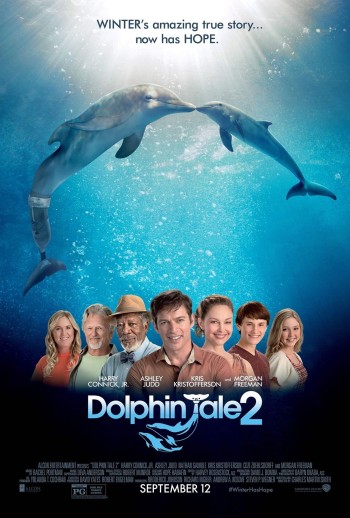 EDITORS: Buy this Preview & Photo Gallery in our editorial shop.

New on the big screen in September is a cute dolphin tale, some quirky box trolls, and a mysterious story about a maze. Here’s a sneak peek at what’s new in theaters and on DVD and blu-ray this month. Note that release dates are subject to change.

Identical twin brothers (both played by Blake Rayne) are separated at birth during the Great Depression. Their parents (Brian Geraghty, Amanda Crew) can’t afford to raise both, so one is adopted by a loving family. Despite their different upbringings, the boys’ shared passion for music causes their lives to unknowingly intersect as they experience a powerful and mysterious connection often felt by twins.

One of the boys becomes famous rock legend Drexel Hemsley, while Ryan Wade struggles to find balance between his love for music and trying to please his evangelist father (Ray Liotta) and devoted mother (Ashley Judd), who have very different plans for his life in the ministry. Erin Cottrell, Seth Green, and Joe Pantoliano also star in this tale of love, hope, and redemption, which features 20+ original songs from the 50s, 60s and 70s with the soundtrack written and produced by Jerry Marcellino (who produced tunes by Michael Jackson, Diana Ross, The Supremes and Lionel Richie).

Who doesn’t love dolphins? They’re amazing. This sequel to 2011’s “Dolphin Tale” continues the story of the brave dolphin Winter, whose miraculous rescue and recovery, thanks to a groundbreaking prosthetic tail, made her a symbol of hope and perseverance to people around the world.

The story picks up several years after young Sawyer Nelson (Nathan Gamble) and the Clearwater Marine Hospital team, headed by Dr. Clay Haskett (Harry Connick, Jr.), rescued Winter. Now her surrogate mother has passed away, but USDA regulations require that the social mammals be paired with other dolphins. Will the team find Winter a new pal before they lose her to another aquarium? This sweet story about faith, hope and dolphins is directed by Charles Martin Smith and also stars Morgan Freeman, Ashley Judd and Kris Kristofferson.

When Thomas (Dylan O’Brien) wakes up trapped in a massive maze with a group of other boys, he has no memory of the outside world other than strange dreams about a mysterious organization known as W.C.K.D. Only by piecing together fragments of his past with clues he discovers in the maze can Thomas hope to uncover his true purpose and a way to escape.

Based on the best-selling novel by James Dashner, this movie is directed by Wes Ball and also stars Kaya Scodelario, Will Poulter, Thomas Brodie-Sangster and Aml Ameen. With the hush-hush approach to making the film, Twentieth Century Fox is following the blueprint that turned 2012’s “Chronicle” into a breakout hit.

From the creators of “Coraline” and “ParaNorman” comes this cute animated movie about a community of quirky, mischievous creatures who’ve lovingly raised an orphaned boy named Eggs (voiced by Isaac Hempstead-Wright) in the amazing cavernous home they’ve built beneath the streets of Cheesebridge.

When the town’s villain, Archibald Snatcher (Ben Kingsley), dreams up a plot to get rid of the Boxtrolls, Eggs decides to venture above ground, “into the light,” where he teams up with fabulously feisty Winnifred (Elle Fanning). Together, they devise a daring plan to save Eggs’ family. Directed by Anthony Stacchi and Graham Annable, the voice cast also includes Toni Collette, Jared Harris, Tracy Morgan Simon Pegg, and Nick Frost.

“The Song” follows aspiring singer-songwriter Jed King (Alan Powell) as he struggles to catch a break and escape the shadow of his father, a country music legend. After reluctantly accepting a gig at a local vineyard harvest festival, Jed is love-struck by the vineyard owner’s daughter, Rose (Ali Faulkner), and romance blooms.

Soon after their wedding, Jed writes Rose “The Song,” which becomes a breakout hit. Thrust into a life of stardom and temptation in the form of fellow performer Shelby Bale (Caitlin Nicol-Thomas), Jed’s marriage begins to fall apart. Directed by Richard Ramsey, “The Song” blends a compelling biblical narrative (it’s based on the Song of Solomon) with a modern-day love story.

It’s the annual NFL Draft day, and Cleveland Browns general manager Sonny Weaver (Kevin Costner) has the opportunity to rebuild his team when he trades for the number one pick. He must decide whether to go with his gut or choose a player based on what everyone else is telling him. A solid sports movie that also stars Jennifer Garner, Tom Welling, Denis Leary and Frank Langella. Read Jane’s full review here. 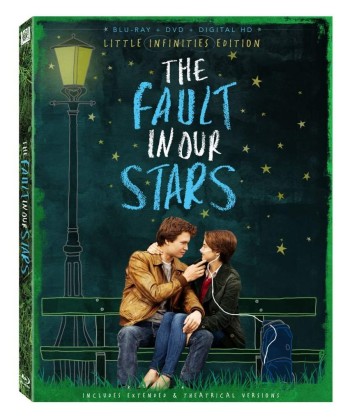 THE FAULT IN OUR STARS

Hazel (Shailene Woodley) and  Gus (Ansel Elgort) are two teenagers who share an acerbic wit, a disdain for the conventional, and a love that sweeps them on a journey. Their relationship is all the more miraculous given that Hazel’s other constant companion is an oxygen tank, as the two met in a cancer support group. Josh Boone directs this romantic drama based on the book by John Green. Willem Dafoe, Nat Wolff and Laura Dern co-star. Read Jane’s full review here.

It’s the ultimate fairytale musical! Barbie stars as Alexa, a shy princess who discovers a secret door in her kingdom and enters a whimsical land filled with magical creatures and surprises. Inside, Alexa meets Romy and Nori, a mermaid and a fairy, who explain that a spoiled ruler named Malucia is trying to take all the magic in the land. To her surprise, Alexa has magical powers in this world, and her new friends are certain that only she can restore their magic. Discover what happens when Alexa finds the courage to stand up for what’s right and learns that the power of friendship is far more precious than magic. Extras: “If I Had Magic” Music Video; Outtakes; “Barbie Life In The Dreamhouse” Episode Part 1 & 2; “Anything is Possible” Music Video.

THOMAS & FRIENDS: TALE OF THE BRAVE

After a monstrous storm on the Island of Sodor, a landslide unearths some very unusual footprints. Thomas and Percy are eager to find out what could have made these marks, but obstacles and danger appear around every bend in the track. With the help of new friends, a little digging, and lots of courage, they discover the surprising answer and uncover the true meaning of bravery. Extras: “Let’s Be Brave” and “Monsters Everywhere” Sing-Along Music Videos; Guess Who? Puzzles.

He’s baaaaccckkk. Directed by Gareth Edwards, this reboot of the Godzilla franchise retells the monster’s origin in modern times, but in a style that’s faithful to the Toho series of Godzilla films. You know the story … the world’s most famous monster, malevolent creatures, humanity’s scientific arrogance … all of which threaten our very existence. But this is no cheesy Japanese movie. The cast includes Bryan Cranston, Elizabeth Olsen, Juliette Binoche, Ken Watanabe, Sally Hawkins and David Strathairn. More Shakespeare than Godzilla, which is why it’s awesome. Read Jane’s review here.

THE ROOSEVELTS: AN INTIMATE HISTORY

For his latest PBS project, Ken Burns brings us “The Roosevelts: An Intimate History,” which tells the story of Teddy, Eleanor and Franklin Roosevelt, stretching from Teddy’s birth in 1858 to Eleanor’s death in 1962. Prior to the DVD/Blu-ray release, the 14-hour film will debut on Sept. 14 and air for seven straight nights in two-hour bursts. It features the voices of Meryl Streep as Eleanor, Edward Herrmann as Franklin, and Paul Giamatti as Teddy. Don’t miss it.

MY LITTLE PONY: THE COMPLETE SERIES

Go back to where it all started! Thanks to Shout! Factory, we can all return to Ponyland, home of all those classic Little Ponies, including the Earth Ponies, Unicorns, Pegasus Ponies, Flutter Ponies, Sea Ponies, Baby Sea Ponies, their human friends Megan, Danny and Molly and, of course, their dragon friend, Spike. Together, they live a life of games, songs and harmony with allies like the Bushwoolies and Furbobs. Sure, occasionally there are problems in Ponyland, but the Little Ponies of Paradise Estate face evil witches, goblins, Stone Backs and Grundles with grace. The Complete Series includes all 65 episodes.