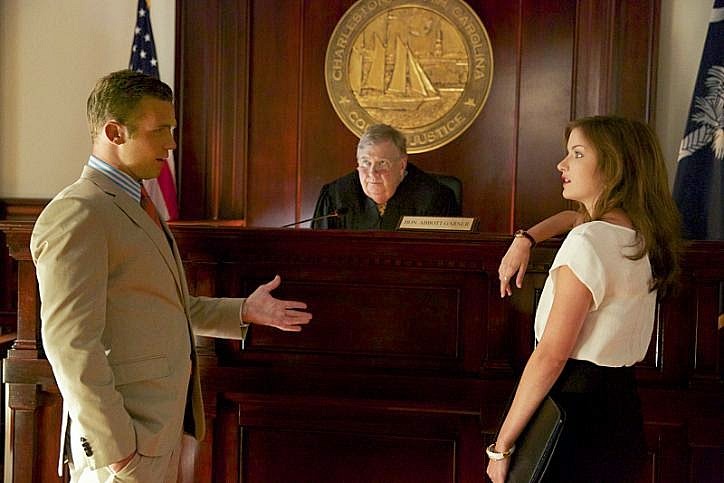 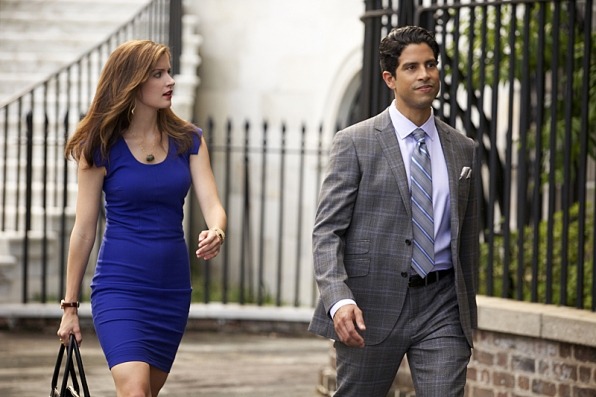 I must start by saying this was the first episode of “Reckless” that I’ve seen. I am admittedly behind on my recaps, but thought this series looked interesting – and it is. Now it seems I must go back and watch the first two episodes so I am fully up to speed with the show. I do like that it’s set and filmed in Charleston, N.C. It brings a nice southern charm to Hollywood.

In this episode (okay, I did some research on the first two eps), Jamie and Preston spar over a murder suspect/client (Gavin). After being called to a crime scene, Preston questioned the possible murder suspect, and Jamie decided to butt in and tell the man he didn’t have to answer any questions – that she could represent him. Not a good move on a date (yes, they were on a date when he was called). Preston wasn’t happy, but Jamie stood her ground as an attorney. I didn’t think she handled the situation well, but I do like her. (On a side note, as the episode went on, I wasn’t feeling chemistry between the two of them, were you?)

While Preston questioned Gavin, I felt something was fishy. I knew there had to be some kind of relationship between Gavin and the dead guy (Walt) – I just didn’t realize that Mindy (who is Gavin’s wife) was having sex (more than once) with Walt at a local hotel. Did I mention kinky sex? It turns out Walt broke in to have home-break-in sex with her. O-k-a-y… That didn’t work out, did it?

Later, after making up, Jamie did a no-no and looked at a file on Preston’s laptop. She sees him having sex with Lea Ann — he was undercover trying to bust the police sex scandal, but she doesn’t know that. Although, seriously, he had to have sex with her? Why keep the video on your computer? Shouldn’t it be part of evidence on the police computer? Bad move – Jamie splits, but leaves the video up so Preston sees it. How will he explain it to her? Will he blow his cover and tell her… hum, what’s he to do?

Lee Anne had an affair with Terry (I’m trying to get this straight), but still loves her husband. At least that’s what it seems like. Lee Anne (who is involved in a sex scandal) is offered $500,000 to settle. She seems to want to take it. At home when she shows Arliss the offer, a firebomb is thrown into the house. It looks like Arliss is injured, but of course, we won’t know if he’s okay until the next episode.

Roy … Roy is the down home southern City Attorney (cute as a button) who is trying to solve the police sex scandal, which is creating a crisis for the city. Yes, the scandal that Lee Anne and Preston are involved in. It turns out that without even knowing, I felt an intense chemistry between Roy and Jamie. Uh huh – but they are on opposing sides in the sex scandal case. They can work it out, right? I hope so, because I’d like to see those two together!

Like I said, I need to watch episode one and two to really see and feel what’s going on with the storyline and characters. I like it, but my initial feeling is that it needs a little more depth? What are your thoughts about the show?

Who has watched the first three episodes? Please let us know in the comments what you think. Is it a hit or miss?