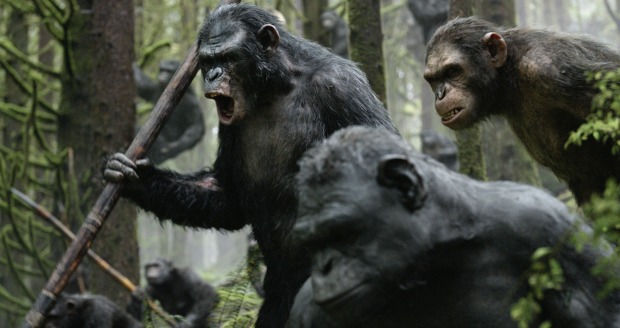 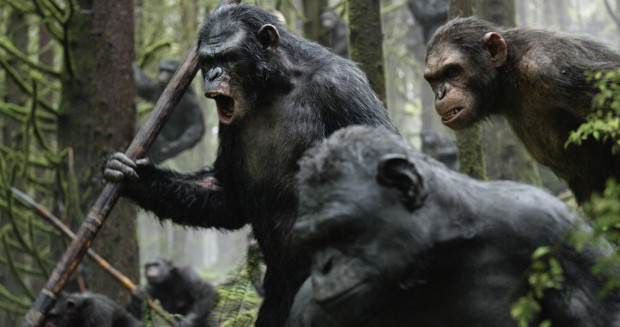 New on the big screen this week are some ape overlords just trying to peacefully raise their kids, a Richard Linklater movie guaranteed to make parents weep, and a psychological drama based on a novel by Nick Hornby. Here’s a sneak peek at what’s opening in theaters this week.

DAWN OF THE PLANET OF THE APES

Ten years after the events of 2011’s “Rise of The Planet of the Apes,” the super-smart ape Caesar (Andy Serkis) and his followers come into conflict with the human survivors of a deadly virus. Who will win? Well, let’s just say the title is a dead giveaway. Director Matt Reeves takes over the reins from “Rise” director Rupert Wyatt, with a cast that includes Jason Clarke, Gary Oldman, Keri Russell, Toby Kebbell, Kodi Smit-McPhee, Enrique Murciano, Kirk Acevedo, and Judy Greer. This film continues the franchise with impressive special effects and a dark storyline that’s sure to be a hit with moviegoers. All hail Caesar — and his ape overlords.

Rated R for language, including sexual references, and for teen drug and alcohol use | In Theaters 7/11 | Ok for Kids 16+ | Reel Preview: 4 of 5 Reels | Boyhoodmovie.com | Facebook

Rumors about this movie have been circulating in the film community since writer/director Richard Linklater started shooting it in 2002. Shot over the course of 12 years around Texas — with the cast convening for a few weeks each year — “Boyhood” stars Ethan Hawke and Patricia Arquette as the divorced parents of a daughter played by Lorelei Linklater and a son played by Ellar Coltrane. The story centers on the son, Mason, following him and his makeshift family as they move from town to town. Along the way, we literally see him grow up on the screen. I dare any parent not to weep at least a little bit during this nostalgic time capsule, as they ponder the dizzying pace of childhood.

A LONG WAY DOWN

Four suicidal strangers find support in the last place they ever expect in this emotionally charged comedy-drama based on the novel by Nick Hornby. It’s New Year’s Eve in London, and disgraced television personality Martin (Pierce Brosnan) is about to take a flying leap off a tall building when he’s interrupted by Maureen (Toni Collette), a lonely single mom who’s at the end of her rope. As they realize their suicide plans have overlapped, onto the rooftop dashes Jess (Imogen Poots), a rebellious teen with nothing left to live for. Just when it seems this sad group can’t possibly get any bigger, the hard-edged pizza delivery driver J.J. (Aaron Paul) shows up with a fresh pie and a death wish. But instead of taking the leap together, they decide to put off their plans until Valentine’s Day — sticking together and supporting one another in the interim. It’s “The Breakfast Club” for grownups. Sam Neill and Rosamund Pike co-star in this psychological drama directed by Pascal Chaumeil.