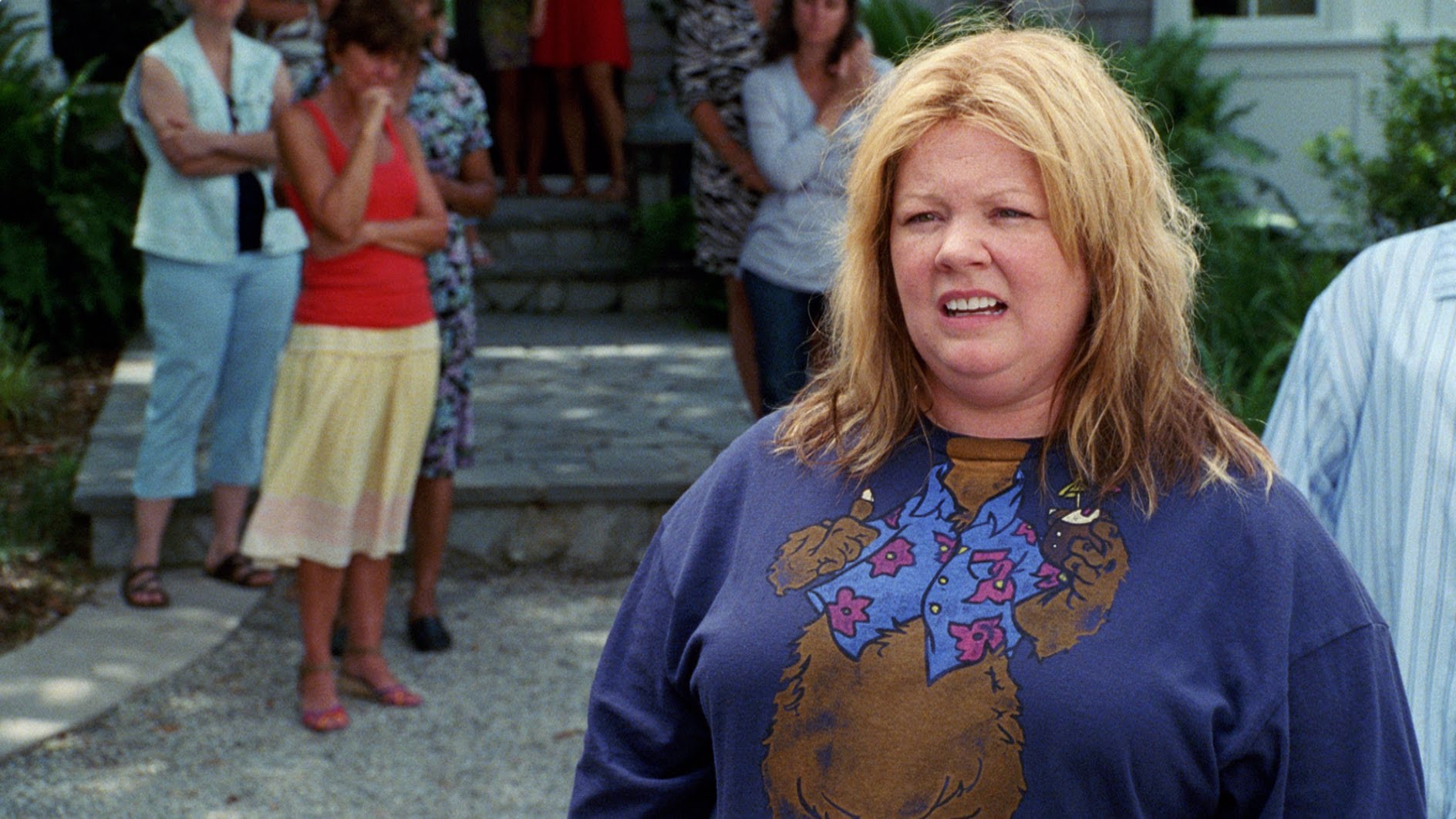 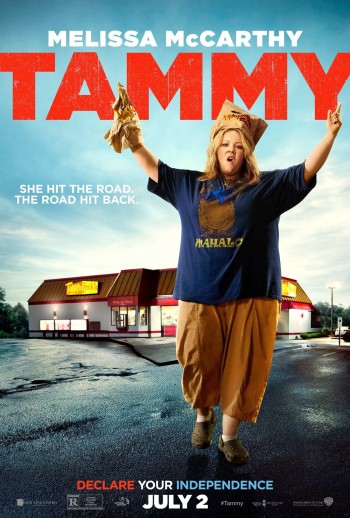 EDITORS: Buy this review/gallery (and other cool editorial content) in our Shop.

SYNOPSIS: After losing her job and finding her husband shacked up with the neighbor, Tammy (Melissa McCarthy) goes on a wild road trip with her profane, hard-drinking grandmother (Susan Sarandon).

REVIEW: If you’ve seen the trailer for “Tammy,” you’ll probably go into the movie thinking you’re in for a rip-roaring comedy. They’re really selling it as a comedy, and there ARE some very funny scenes, mostly in the first half.

But the heart of “Tammy” centers on a woman trying to figure out how she fits in the world, while driving cross-country Thelma-and-Louise-style with her alcoholic grandma, played by Susan Sarandon (who doesn’t look anywhere near old enough to be her grandma, even with a gray wig and frumpy clothes).

The movie starts with Tammy (Melissa McCarthy) having a really bad day. First she totals her clunker of a car by hitting a deer (who jumps up and runs off after Tammy gives it pseudo-mouth-to-mouth resuscitation). Then she loses her burger-flipping job at Topper Jack’s and goes home to find her husband (Nat Faxon) getting cozy with the next door neighbor (Toni Collette).

Tammy would ditch this town if only she had wheels and money. Which is why she ends up on a road trip to Niagara Falls with her grandma, Pearl, who in fact, does have wheels and money. Not exactly the great escape Tammy was looking for, but it might be just what she needs to get off the hamster wheel of her life.

Along the way, several things happen, including a robbery, a stint in jail, a lesbian Fourth of July party, a personal watercraft incident, a hospital stay, and so much more. Also, there’s some romance. At a bar, Tammy and Pearl connect with a father-son duo (Gary Cole and Mark Duplass). Awkwardness leads to a romance of sorts.

Look, I’m not saying you can’t have comedy, drama, romance and family dysfunction all in the same movie, but “Tammy” goes to such extremes that I feel like it just needs to pick one. The writing veers from downright mean (cruel jokes directed at the main character) to dramatically earnest to hysterically funny. That means you’re going to be laughing one minute and cringing the next. But McCarthy and her husband Ben Falcone (who directed the film) wrote the script, so it’s not like they didn’t have a say in the story and characters.

I wish I could say McCarthy and Sarandon have some nice buddy-chemistry, but their fighting and subsequent bonding doesn’t seem to be anchored in anything meaningful. In short, they’re no Thelma and Louise.

The rest of the supporting cast doesn’t have much to work with, but they’re professional enough to give it their all. Allison Janney plays Tammy’s world-weary mom; Dan Aykroyd plays her dad (don’t blink or you’ll miss him); Kathy Bates is Pearl’s fun-loving lesbian cousin Lenore; Sandra Oh plays Lenore’s partner; and Ben Falcone plays Tammy’s boss.

I actually think “Tammy” could be a nice jumping-off point for McCarthy to venture into some thoughtful indie films, where she gets to stretch beyond the “funny fat girl people make fun of” roles. This movie has some nice scenes where you see the shy, tender side of McCarthy. I would like more of that.

Even though “Tammy” has some problems, I’m still giving it 3 out of 5 Reels, because McCarthy is such a genius at what she does.

Sex/Nudity:An older couple fools around in the back seat of a car, which then starts rocking, and they go back to a hotel room. A grandma flashes a group of lesbians at a party and tells her adult grandchild about her sex life. A young couple flirt, hold hands and kiss.

Violence/Gore:A car is doused with kerosene and torched, and a Jet Ski is given a “Viking burial” at sea. A woman goes ballistic at the fast food place where she works and starts throwing things and wiping saliva on the burger buns. Later, she robs a store while pretending to be carrying a gun. A drunk grandmother insults her adult grandchild in front of a group of people.

Profanity: Frequent use of “f–k, “motherf–ker,” “s–t,” “goddammit” and more, as well as lots of sexual innuendos.

Drugs/Alcohol: An alcoholic becomes irate and insulting when she gets drunk. She drinks whiskey throughout the movie and offers a beer to someone who’s driving. She also takes OxyCodone regularly.

Will Grownups Like It? “Tammy” is surprisingly sweet, though a bit uneven in terms of comedy and drama.