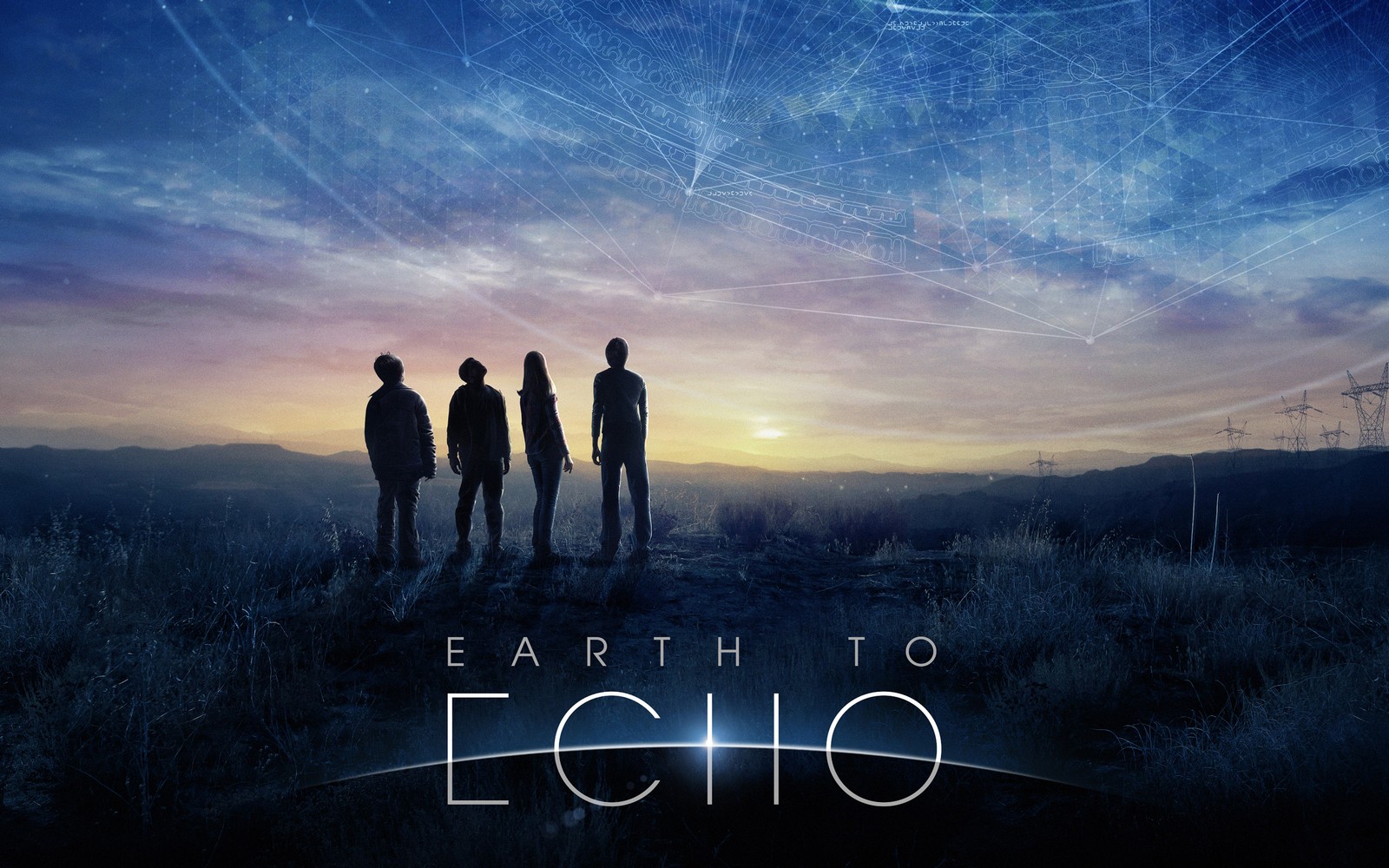 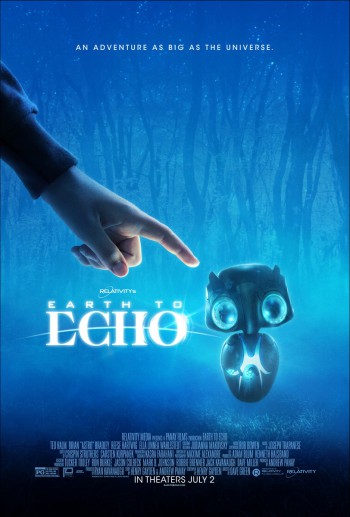 EDITORS: Buy this feature story and gallery (and other editorial content) in the Reel Life With Jane Shop)!

MPAA Rating: PG for some action and peril, and mild language

SYNOPSIS: After receiving a bizarre series of encrypted messages on their cell phones, a group of kids embark on an adventure to help a little alien get back home.

REVIEW: I was pretty excited to see “Earth to Echo.” The idea of a little alien trying to get back home is a great premise. It worked for “E.T.,” right? Unfortunately, “Earth to Echo” is no “E.T.,” although there are a few things I love about this movie. It’s got a “Stand By Me” meets “The Goonies” vibe, which is neat in this day and age. Kids just don’t wander off on their bikes as much as they used to (though, admittedly, that’s probably a good thing!), partly because they’re so plugged into their devices. Yes, I realize I sound like Old Man [Fill in the Name] when I say stuff like that. But it’s true.

At the beginning of “Earth to Echo,” we learn this is the last day that three best friends will spend together in their suburban Nevada neighborhood. They’re being forced to move because their houses are being destroyed to make way for a new highway. Tuck (Brian “Astro” Bradley, a finalist on “The X Factor”) is making a video diary of his last day with best friends Alex (Teo Halm), a foster kid, and Munch (Reese Hartwig), a nerdy introvert.

When their cell phones start going wacky, they decide to investigate and tell their parents they’re sleeping over at each others’ houses. Instead, they hop on their bikes and head off into the Nevada desert to a place that looks just like the shape on their phones. A girl from school, Emma (Ella Wahlestedt) joins them about half-way through the adventure.

In the desert, the kids find something that at first glance appears to be a dusty old piece of scrap metal. In Munch’s backpack, however, the metal device starts moving and they discover a tiny blue-eyed alien shaped like a little owl. Turns out the alien is using their phones to transmit the locations of the missing parts of his space ship. The boys name the little guy “Echo,” because of his ability to imitate their sounds, and together, they embark on a mission to get his ship back together so he can go home. Yes, I said “go home,” not “phone home,” though as mentioned, the similarities between “E.T.” can’t be denied.

In his first feature film, director Dave Green does a grand job of recapturing the magic of childhood friendships. My main problem with the movie (and again, this is going to make me sound super old) is that it’s told through the lens of a video camera, which means that much of the movie is so shaky and off-balance that I had to close my eyes and get my bearings. I kept thinking if they’d just hold the camera still (or even tell parts of the story NOT through the video camera), it would have been easier to focus on the story and characters.

On the other hand, the execution of “Earth to Echo” is probably well-suited for modern-day kids who text, upload videos, know how to use a Google map, and spend a good portion of their days staring at screens. So I love the fact that “Earth to Echo” combines that techie aspect with an old school bike-riding adventure. And from what I know of my own kids — both teenagers now — they don’t seem to mind the shaky camera effect. Maybe that’s more of a middle-aged parent issue.

I also love that the three boys in “Earth To Echo” aren’t the squeaky-clean kids you see on the Disney Channel. They’re a little rough around the edges, like real kids with real problems. Halm, who plays the foster kid, identifies with Echo because he too has felt out of place and alone, even though he’s found a family and friends with whom he fits in. Hartwig is perfect as the nerdy, awkward kid (he reminds me a lot of Robert Capron, who played  Rowley in the “Diary of a Wimpy Kid” movies). And Bradley has made a smooth transition from his rapper act on “The X Factor” to movies and TV. Look for him up next in the feature film “A Walk Among the Tombstones” and the Fox TV series “Red Band Society,” about a group of teenagers living in a hospital.

At 89 minutes, “Earth To Echo” doesn’t allow for much backstory or explanation of Echo’s home planet (even the grownup villains get short shrift). But the shorter runtime is better for younger viewers, and I love the focus on friendship and shared experiences. Though I’d be remiss if I didn’t offer a “don’t try this at home!” note. Kids, promise me you won’t hop on your bikes and ride 20 miles into a remote desert! Ok, I feel better now.

Sex/Nudity: A boy and a girl flirt and hold hands. A boy makes a suggestive joke about how he’ll be in a friend’s mom’s bed “not sleeping” (which seems completely out of place in this movie). The boys refer to a girl as “hot” and “mannequin girl,” and a boy lies about having kissed her. Teens make out at a party.

Violence/Gore: Some tension and peril as the kids ride their bikes into the desert at night and encounter villainous grownups who chase and detain them. A kid who’s not old enough to have a driver’s license drives a car during a wild chase scene and nearly collides head-on with a semi-truck. A kid is held against his will and tearfully records a goodbye message in case he doesn’t make it out alive. Grownups attempt to operate on Echo, and for a brief moment, it appears they may have killed him.

Profanity: A few instances of “what the…,” as well as insults like “liar,” “stupid” and “loser.”

Drugs/Alcohol: The kids end up in a biker bar where adults are drinking (a woman orders them non-alcoholic Shirley Temples). Teens drink out of red Solo cups at a party.

Will Grownups Like It? The premise of “Earth to Echo” is promising, but the execution and shaky camera work leaves something to be desired.