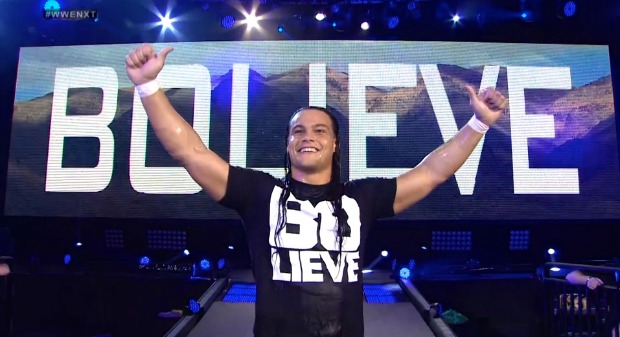 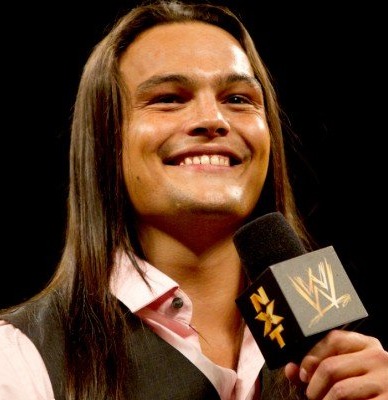 Do you Bo-lieve? Or do you want Bo to leave? Whatever you want, there’s no doubt that WWE superstar Bo Dallas has made an impact on the fans. In Sunday’s Battleground pay-per-view, Dallas fought for his first title since coming up from their NXT division.

While Bo didn’t win the Intercontinental title, he was one of the top four men left at the end. It’s an impressive feat versus the veterans he fought against in the match. We’ll see what he does at Summerslam!

We had the opportunity to interview Bo prior to Sunday’s fight and ask him about his impact on the fans and his wrestling heritage.

On fighting Great Khali last week and getting hit on the head. “[laughs] Well, let me tell you, that hand is heavy. There’s no way to describe the feeling of shock down your body once that hand hits your forehead. It feels like you’ve been hit by lightning. But I’m used to hitting bumps and bruises.”

On Sunday’s Battle Royale. “Oh, I couldn’t be more excited. If you look back at the history of the Intercontinental Championship, you’ve got Macho Man, Shawn Michaels, Bret Hart, Mr. Perfect Curt Henning … This is a legacy I would love to be a part of. I would do anything – anything – to get my hands on that title. I look at any situation as a positive situation.”

On being the WWE’s Bray Wyatt’s real-life brother. “Me and my brother are so different, we’ve always been so different, but we’ve always had this dream. Getting into it, we looked at it like we want to succeed of our own accord. You don’t look at me or my brother and say, ‘Hey, those are the sons of (former WWE wrestler) IRS (Mike Rontunda).’ You look and see our own persons, and I think we succeeded in that.”

On being groomed to be a wrestler. “We weren’t groomed for it – me and my brother both loved it, and I, for one, knew this was my end game, knew this was what I wanted to do, because I’m such a big fan. But, as children, we weren’t taught wrestling. We played sports, football, and that definitely helped getting into it. It was a dream we pursued.”

On fighting Bray in the ring. “Hey, I’m up for anything, and a feud down the road between me and Bray Wyatt – well, anything can happen.”

On how creepy Bray is. “[laughs] He creeps me out too.”

On his inspirational Bo character. “It’s unbelievable. There’s no one moment I thought, ‘This is the character that I am.’ This was a process. I had around 8 months down at NXT when I was NXT champion, and it developed, and I rolled with the punches and saw what worked and went with it. It just morphed on its own in the end, and it came out like this.”

On moving up to WWE roster. “I was beyond excited. If you’re not nervous going out there, it’s time for you to quit, but it was more excitement… I was ready, I knew I could do it, and I felt like it was my time. Very long time waiting, and I can’t explain in words.”

Inspirational advice for Reel Life With Jane readers. “Alright guys, if you’re out there and you’re sitting in traffic, or you’re late in work, or something’s not going your way, stop for a second and think about it. Your day can be great! As long as you bo-lieve!”