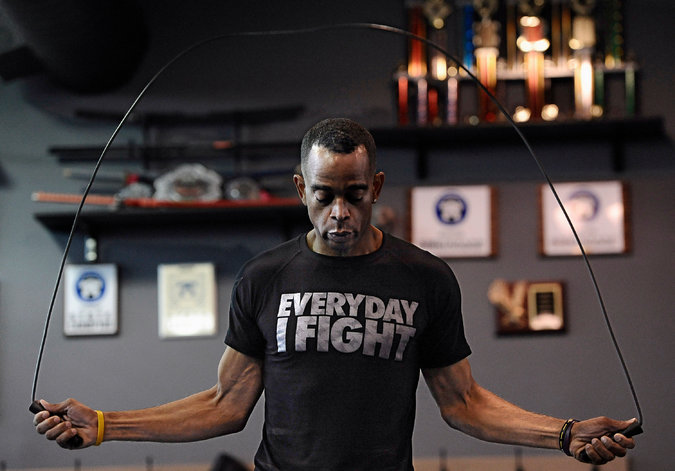 I used to watch “SportsCenter” religiously back in the day when Dan Patrick and Keith Olbermann anchored the network. After they departed, I quickly became a fan of both Stuart Scott and Rich Eisen.

Scott, who loved to pepper his broadcasts with catchphrases such as “cool as the other side of the pillow” or “Boo yeah!,” made each “SportsCenter” fun to watch, if only to see what new idioms he would come up with to add to his lexicon.

In 2007, Scott fell ill while covering a Monday Night Football game and had to have an emergency appendectomy. During the surgery a malignancy was discovered and additional surgery performed to remove cancerous tissue. He went back on air while undergoing chemotherapy. In 2011, Scott was again battling cancer. He went in remission in 2012, but was again diagnosed with cancer in early 2013.

At the ESPY Awards this week, Scott was honored with the Jimmy V Perseverance Award, named after college basketball coach and broadcaster Jimmy Valvano, who gave an inspirational speech at the first ESPY Awards, just eight weeks before he passed away from cancer.

Scott gave his own inspirational speech, talking about fighting the disease for seven years and revealing that he had just spent the last week in the hospital suffering from kidney failure and liver complications while he underwent four surgeries.