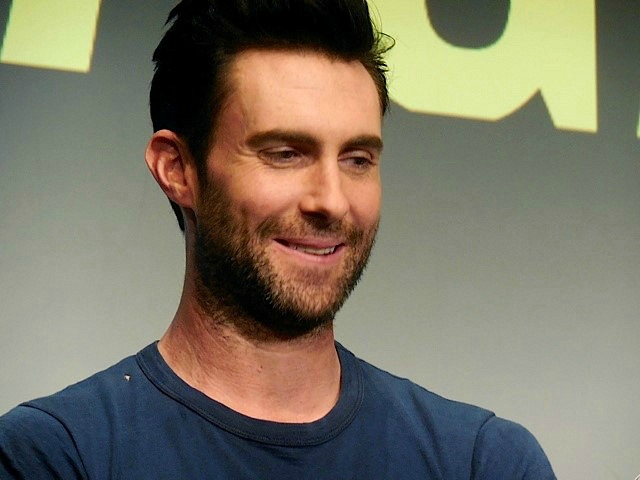 John Carney, the Irish writer-director of the hit 2006 indie film “Once,” about an Irish street musician and a Czech flower girl, based on the music and the real-life story of Glen Hansard and Marketa Irglova, which went on to become an Oscar contender and Tony Award-winning musical, has a new movie destined to go down the same path.

“Begin Again,” which stars Mark Ruffalo, Adam Levine and Keira Knightly, also focuses on the redemptive powers of music, and since its release ten days ago has earned $1.85 million at the box office, which puts it on track to be another hit film and possibly future Broadway musical.

Recently at a press conference for “Begin Again,” I sat in the front row as the director, Ruffalo, Levine, Knightley and James Corden – who received a Tony Award a few years back for “One Man, Two Guvnors” – promoted the film at the Crosby Hotel in SoHo.

“Begin Again” is a dramedy about a songwriter, Gretta (Knightley), and her longtime pop singer boyfriend and sometime collaborator, Dave (Levine), who come to New York after he scores a big-time record contract. Dave succumbs to the temptations of a rock-star life, and Gretta ends up adrift and possibly headed home to England. While she considers her next move, Gretta crashes with her Brit pal (Corden) who performs at open-mic nights in a Lower East Side club where he persuades her to perform one of her numbers for a largely inattentive audience.

Ruffalo plays an alcoholic, down-on-his-luck music executive who wanders aimlessly into the club and catches Gretta’s plaintive rather lackluster performance. In his drunken stupor, he imagines how terrific she would sound with the right arrangement and orchestration, and the performance comes together and takes on life for the viewer as we hear what’s inside his head. It is a highlight of the film, and the beginning of their musical and personal partnership, which never turns romantic.

The movie features music by the American singer-songwriter-producer Gregg Alexander, best known as the front man of the New Radicals, who scored the 1999 hit, “You Get What You Give.” Also on the soundtrack of the film – CD’s were given out to the press – music by Rick Lashley, Danielle Brisbois, along with a song by Glen Hansard and director John Carney. “Lost Stars,” a catchy and seductive tune performed by the Maroon 5 singer, could be a summer pop hit and has Oscar potential.

This is Levine’s movie debut, and most of the attention at the press conference was focused on the rocker, who Carney told me was his first and only choice to play Dave.

Levine told journalists that when he got the call from Carney asking him to be in the film, his reaction was, “F…k yes!”

As to how he related to his character, an egotistical rocker who gives in to the temptations of fame, Levine said there was a very specific point in his life in the early 2000’s when his records went platinum where he was that guy. “I partied too hard and did a lot of stupid things and that was part of who Dave was.”

“The Voice” star said he tried to take an acting class to prepare for the role. “It didn’t go well. It was just bizarre, so I just thought I would pretend that I knew what I was doing and hope and pray that it worked because all these people were all very, very talented.” Levine gestured to the seasoned actors sitting next to him.

As for whether he would make another film, “I don’t think it can get better than this, so I may not ever make another movie. There is no way it could surpass this as far as how much fun I had. It was a blast. I really don’t know. I hope it’s not.”

The film focuses on the issue of selling out as an artist. Levine was asked if he ever felt he had to sell out as a musician.

“I love that question,” he whispered under his breath.

“In order to understand what selling out is you have to, of course, have to define what it means, whether it’s a blockbuster movie or whether you’re writing a pop song or trying shamelessly to succeed in something is not selling out,” he explained. “I think it’s actually fine and I would encourage that all the time. Selling out really comes when you sacrifice your own personal credibility in order to have success on a larger scale. That’s selling out.”

He added, “My favorite band became successful, good for him, that’s f…ing amazing, congratulations! I still love you. I didn’t get that selfish, possessive bullshit attitude about ‘they were mine and now they’re everyone else’s and I don’t like them.’ That’s a horrible way to operate,” he said. “You have to pay the bills and have an amazing life and they were a great band, so that’s how I feel about it.”