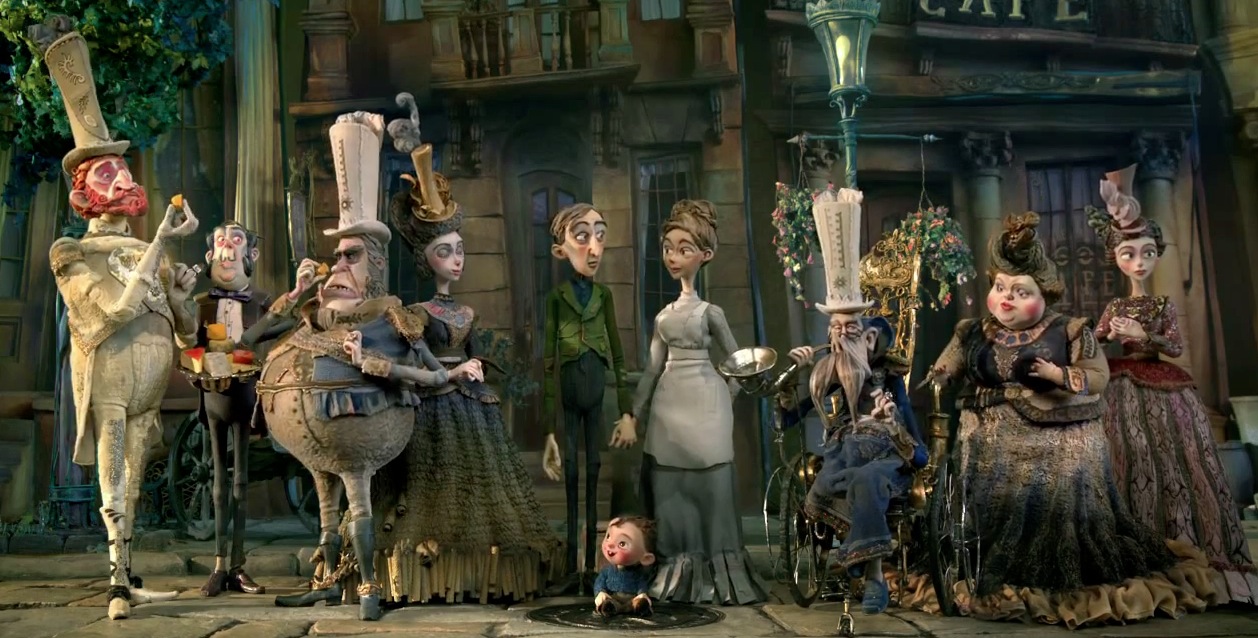 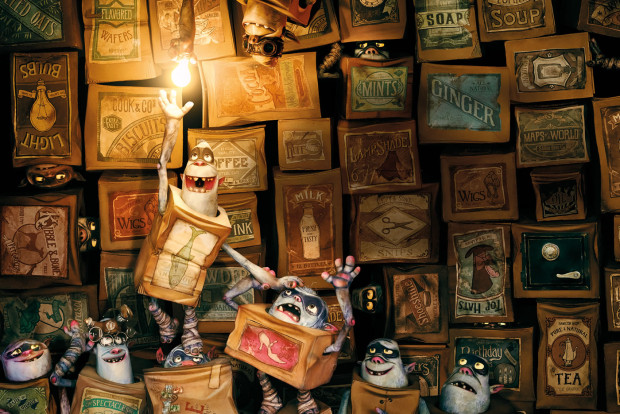 Here’s the first official trailer for “The Box Trolls,” an ultra cute family movie from the creators of “Coraline” and “ParaNorman.” By the looks of the trailer, “The Box Trolls” doesn’t look as scary as the other two movies, but we’ll see. I found both of them completely frightening!

Here’s my review of “ParaNorman,” in which I wrote: “I didn’t go into ‘ParaNorman’ expecting to see a movie that’s basically ‘The Walking Dead’ for the younger set. The trailer makes it look way cuter than it is, and I just can’t recommend it for kids unless you’re a film student looking for a good example of stop-motion animation.”

“The Box Trolls” tells the story of a community of quirky, mischievous creatures who have lovingly raised an orphaned human boy named Eggs (voiced by Isaac Hempstead-Wright) in the amazing cavernous home they’ve built beneath the streets of Cheesebridge.

When the town’s villain, Archibald Snatcher (Ben Kingsley), comes up with a plot to get rid of the Boxtrolls, Eggs decides to venture above ground, “into the light,” where he meets and teams up with fabulously feisty Winnie (Elle Fanning). Together, they devise a daring plan to save Eggs’ family.

The movie arrives in U.S. theaters on Sept. 26, 2014. Watch the trailer and hit the comments below with your thoughts.