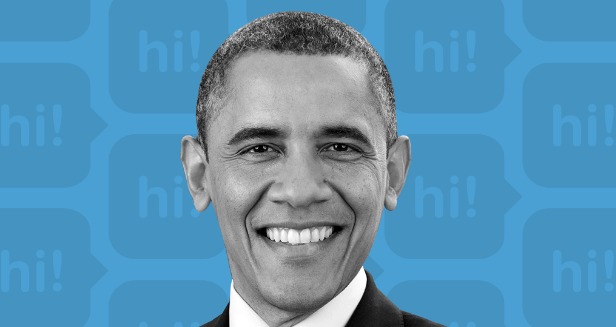 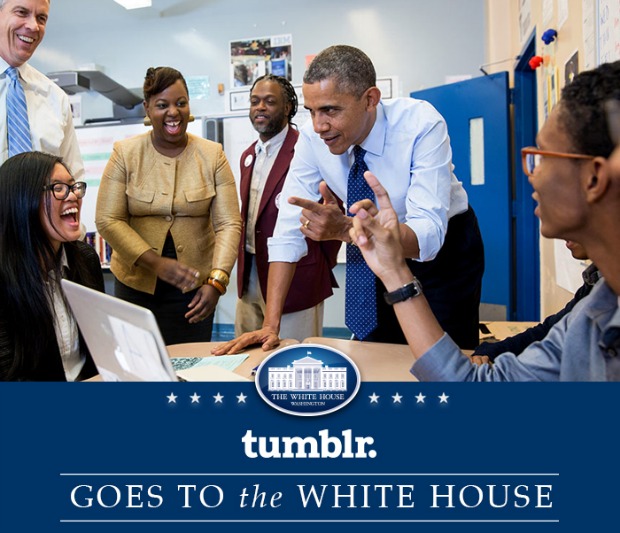 Did you know the White House has its own Tumblr account? Somehow, that little tidbit of info has escaped me. But no matter. Now I know, just in time to catch the Prez’s first-ever Tumblr Q&A on education, student debt, and college affordability with Tumblr founder David Karp.

Way to connect with the youngsters! And since I have one kid in college and another heading to college next year, this is of extreme importance to me at the moment. We may have to sell the house and move into the kids’ dorm rooms.

The questions themselves came from the Tumblr community, and several notable Tumblr bloggers — like ilovecharts and jtotheizzoe — were asked to help curate and choose the best ones for the president to answer.

Here are some highlights from the conversation, which was streamed live on Tumblr:

“I’ll be on a beach somewhere drinking out of a coconut, but that probably won’t last too long.” – President Obama, on life after office

“People ask me what I’m proudest of and what are my biggest frustrations as President. My biggest frustration is that this society hasn’t been willing to take some basic steps to keep guns out of the hands of people who can do damage. We’re the only developed country where this happens. And it happens weekly. Our levels of gun violence are off the charts.” – President Obama sharing the difficulties of trying to change a culture in which school shootings are commonplace.

“If public opinion does not demand change in Congress, it will not change.” – President Obama on legislation to prevent gun violence.

“You wouldn’t know by looking at you, but you’re like LeBron or Durant.” – President Obama, to David Karp

“One of the things we’re doing is we’re starting to develop a scorecard for colleges and universities.” – President Obama, on the College Scorecard

“Ultimately, you are going to do best at something you care deeply for, but you still have to grind it out. You can get into the mindset where the effort and sweat you put in doesn’t feel like a burden. Your career isn’t always a straight line. Sometimes you have to take a job to pay the bills. And sometimes you take a big risk, like building something called Tumblr.” – President Obama on finding meaningful work

Watch the Q&A below…