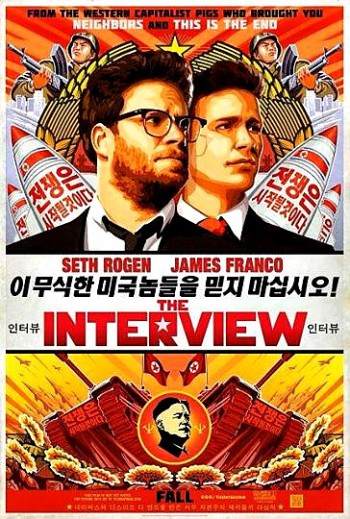 At first glance, you’d swear “The Interview” is a Sacha Baron Cohen movie. It’s utterly and completely politically incorrect. That could either work in the movie’s (and our country’s) favor or against it – we’ll find out.

At any rate, here’s our first look at “The Interview,” an action comedy from Sony Pictures starring Seth Rogen and James Franco as stars of a celebrity tabloid show who are headed to their biggest interview yet — with the leader of North Korea, Kim Jong-Un, whom they plan to assassinate.

The film is directed by Rogen and Evan Goldberg, from a screenplay by Dan Sterling and a story by Rogen, Goldberg and Sterling.

I’m already worried for the filmmakers and stars of this film, which could make things even more tense between the U.S. and North Korea. But the trailer does look entertaining.

Give it a look and hit the comments below with your thoughts.