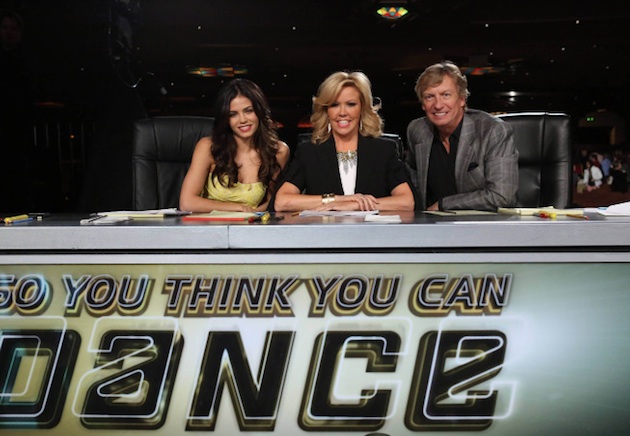 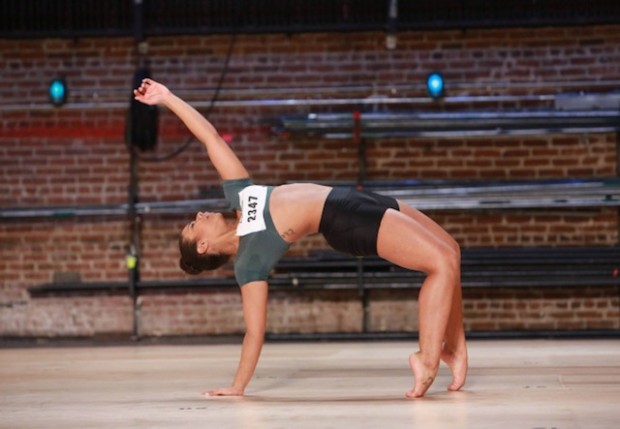 Hey City Kids, we’re with the final stop on this season’s whirlwind audition tour. We’ve got two days in Atlanta with two new guest judges: Lil Buck on day 1 and Jenna Dewan Tatum on day 2. In addition, we’ve got a ton of hip-hop and contemporary dancers, and a total dearth of tap and ballroom.

While writing about last week’s many montages, I kept thinking perhaps I’m wrong and they always have this many montages. But being more aware of it this time, there are definitely fewer this week. Not that there’s anything wrong with that.

Hotlanta serves up a healthy heaping of hip-hop, topped with a bit of attitude. Branden Sideshow Feimster is not nearly as rude or obnoxious to Nigel as the previews made him look, but he certainly keeps interrupting and doesn’t know how to shut up and listen. Everyone in the audience, including his mother and the other Dragon House guys, know that he’s shooting himself in the foot. It’s been a while since we’ve seen major attitude like that—and I can’t say I’ve missed it.

Now on to my favorite dancers.

The show starts out with not one, but two jazz dancers, including Mariah Reives. Her dancing is much more mature and sexy than her little dance run suggests, and she has lots of tricks, especially with that right leg again. She’s adorable, and performs well. I also realize why so many dancers run that way: it’s a little horse’s prance that warms up your ankles and feet and prepares you for jumps.

Dragon House, the dance home of last season’s BluPrint and season 9’s Cyrus, finally brings us one of its founders, Christopher “Mr. Strange” Griffin. His popping and animation is sharp and clean, with fun personality. Those must not be the most flattering eyeglass frames—nor the tightest—because after they fly off his face and he impressively catches them, I can see just how adorable he is. He really lights up without his glasses. I enjoy his freaky shoulder blade pops, and his “In a World” movie trailer voice too. The big question, though, is why didn’t Dragon House enter the dance crew competition?

Another hip-hop dancer who’s friends with another SYTYCD alum is Taveaus “Dynamic” Woods, who learned dancing from his best friend Fik-Shun. He’s got good musicality and is sharp and strong, pressing himself up to a standing position on one leg, and throwing in some bone breaking, but not so much that it’s disgusting. I love that enormous butt pop, too.

Apparently, childhood SYTYCD fan Ricky Ubeda picked up a lot from watching the show for so long, because I agree with Nigel that he could go all the way. His gorgeous audition shows incredible flexibility, serious spinning technique, and massive height in his jumps. That beautiful jeté entrelacé (turning split leap) and powerful controlled fall are so moving. And he’s got a great personality, and an easy sincerity with the judges. You better love Ricky Ubeda.

Like Mariah Reives, Angelina Granitz also has a very misleading presence when talking to the judges, which makes her dancing persona surprising. Her dancing is stronger, even if the music is angsty, than her nervous, self-deprecating demeanor. Though also a few too many tricks with the right leg and she could be lighter on the hairography, she has some great moves, like the slow penché, and she dances beautifully. Though I don’t think her family bought the “it’s a no to choreography” fakeout, she did, or at least pretended to. Shame they didn’t bring her brother up on stage for a little dance.

Finishing out the auditions after a very long day is Jerrod Swain, who sounds drunk but is apparently just tired. He wakes up for his dance though, which had me laughing out loud. His pantomime popping and animated animation is so entertaining, even though there’s a bit too much miming and not enough dancing. His 4-year-old son is adorable too, instantly waking up when Fergie’s great music plays and falling immediately back to sleep the second his head hits his dad’s shoulder. I’m surprised Mary said no to Jerrod, but he doesn’t make it through the choreography round anyway.

So whaddya say, city kids? Who are your top dancers on this week’s “So You Think You Can Dance“? Any other contenders you see for the Top 20—which could be revealed by the end of next week already? Are you psyched for what are possibly my favorite episodes, the callbacks? Leave your thoughts in the comments.