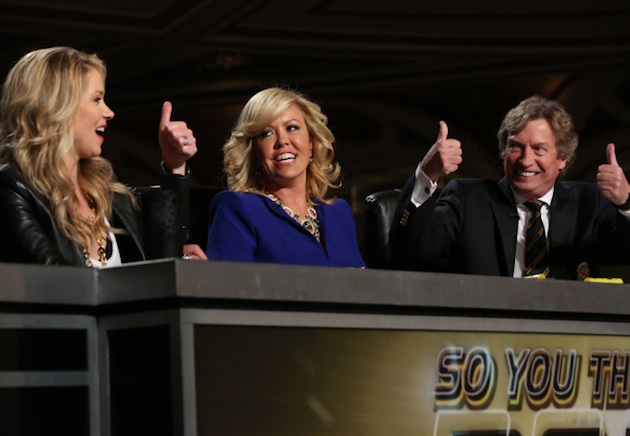 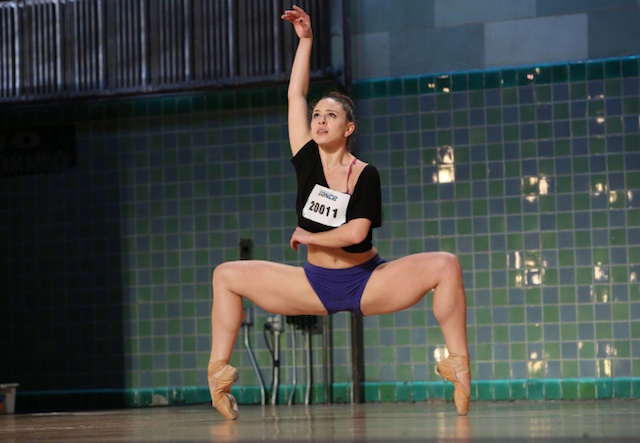 We’re back, City Kids, for the second day of Los Angeles auditions, and two days of auditions in Philadelphia, the first time for “So You Think You Can Dance.” Christina Applegate joins Mary and Nigel on the judges panel in L.A. again, and newcomers Misty Copeland, of American Ballet Theatre, and Billy Porter, Tony-winner of “Kinky Boots,” join them each for a day in Philly.

Along with the many brilliant dancers, we see lots of montages. I guess there are so many amazing dancers that there just isn’t time to show them all. We’ll have to keep an eye out for Merida: that’s what I’m calling her, the one with long curly red hair, green bikini top, and funky black leggings, who showed up in at least two montages.

With all the video clips, I wish they’d show some of the more unusual or international dance styles they get in auditions. Fox has released some very intriguing photos, like these photos of woman dancing with a giant red ball, and obviously an Irish step dancer, but neither dancer warranted any screen time. I’d think the dances are unique enough that they’d show at least a moment or two. 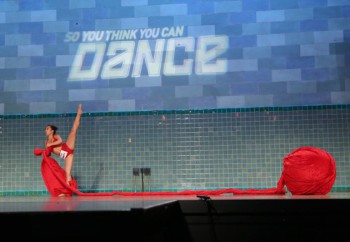 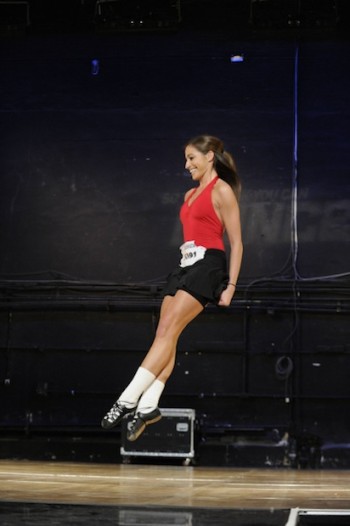 Anyway, on to my favorites for this week. There are quite a lot of ballerinas this week, two of them on pointe, and all three of them made it to my list.

Pointe dancer Jourdan Epstein informed us of her brother’s struggle with addiction, but he is fortunately on the mend and sober now. Her beautiful, contemporary ballet routine is a pleasure to watch, starting from her powerful developé right out of the gate. That one split down to the floor looks painful, like she is torqueing her knee, but she’s obviously extremely flexible and has amazing control. Gorgeous. Hopefully she won’t overuse that right leg again, as so many do.

Beautiful 19-year-old ballet dancer Bridget Whitman tells the extremely sad story of her father’s death in a car accident when she was 12, but her choreography is light and flowing, and not angsty at all. Yes, she uses her right leg quite a lot too, and does so many walkovers that it starts to look slightly repetitious, but she is stunning, with a beautiful quality and a gorgeous face.

The Funky Ballerina, Amir Sanders, who trained at the Dance Theatre of Harlem and wants to be like Misty, has a very distinctive look and quite a head of hair. More importantly, she can dance. Misty points out that her transitions are a little rough, but she clearly has excellent technique, as well as personality and appeal. I dig those funky straight-legged hip drops at the end, and the cool choice of music too (Beyoncé’s “Flawless”). For some ridiculous reason though, they make her do choreography before giving her a ticket to callbacks.

The last two auditions both impress me, for very different reasons. The Beast, Stanley Glover, completely transforms himself in his creature-like contemporary, while also showing very strong ballet technique. I’ve definitely heard the music before too (it’s Ólafur Arnalds’ “Brotsjór,” used on the show before), but it doesn’t overwhelm his dance. Nor does his very sad backstory, about losing his mom at a very young age and being abandoned by remaining family. He will be one to watch.

By the time James “Banks” Davis finishes his routine, I’ve forgotten he’s a krumper. His slow, lyrical krump grows on me, and I’m totally hooked by the end. It’s so interesting, and he is such a storyteller, giving Billy Porter exactly what he asks for. I like this style of krump much better, personally, and I really appreciate Banks’s attitude and what he’s been through, nearly losing his leg in a shootout. The judges send him to the choreography round, and while I think he’s doing well, apparently it’s not enough for them. Shame.

As a bonus, I have to include hip-hop dancer J4, who looks very young for “18 and a half”—but that’s because he’s only nine. What a smart boy, telling Nigel he wants to audition for the experience, and he gets teamed up with Fik-Shun and Cyrus as a reward. While it’s slightly self-indulgent to show former winners again, instead of those amazing new dancers in the montages, it’s just so much fun watching Fik-Shun and Cyrus do their thing, and J4 totally keeps up with his own serious moves. He’s gonna be quite the dancer when he’s older. Let’s hope there’s a season 20.

Justin and Nick are back to introduce two more crews: Bollywood-hip-hop fusion group Wanted Ashiqz, who are totally kicking butt in the vote, and appropriately named Mix’d Elements, who mix hip-hop, popping, b-boy, and some martial arts—yet still look like many other hip-hop crews out there. The results of the votes don’t seem to change much week to week, because Academy of Villains, the team ahead at the end of last week’s episode, did win the challenge, and I suspect Wanted will as well.

So what’s your vote, City Kids? Are you voting for any of the crews? Who are your favorite dancers tonight? Think we missed anything major in any of the montages? Chime in below.