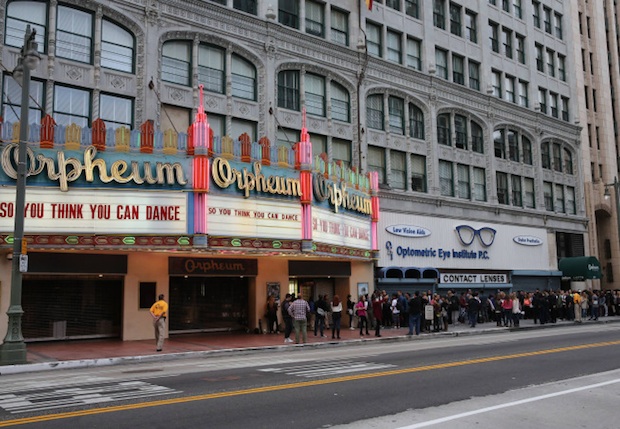 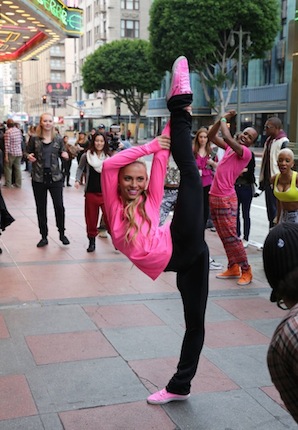 Welcome back City Kids! We return to Chicago—or Chi-beria—for its final day of “So You Think You Can Dance” auditions, and then move to the warmer climes of L.A. for more impressive dancing.

Both cities excite equally, with very unique offerings. Paul Brushaber, “The Puppet,” gets things going in Chicago with his wild, creepy, “ticking and botting” style.

Mary calls him a genius, and sends him straight through to the Pasadena callbacks, but I suspect he’ll have a very difficult time there. She just wants to give the world another chance to see his solo. Haven’t you heard of the Internet, Mary?

Franchesca Bass uses her unique look to her advantage for an animalistic, alien contemporary. The 18-year-old developed alopecia and lost all her hair in sixth grade (interestingly, there’s a contestant on American Ninja Warrior with alopecia this season too).

But she’s a stunning dancer, with limbs that go on for miles and terrific technique. I’m curious to see what she would look like on the live shows with the different costumes and wigs. I imagine she could adapt to anything. Perhaps that’s why Mary says, “She’s going to be so commercial.”

Mary and Christina Applegate, guest judge in Los Angeles, feel very strongly about Jessica Richens, saying “she could win the show.” She shows off her strong technique, musicality, and very sexy dance style in her great choreography to “It’s a Man’s World,” but she needs to be a little careful of overplaying the whole sex kitten routine, like others before her (cough-Lacey Schwimmer and Jenna Johnson-cough). Hopefully she won’t tire that out, or perhaps she could have a chance at taking the whole show.

As I mentioned last week, I love me some tap! Valerie Rockey shows her tap skills in her shiny red-shoe audition, even though part of it is a little amateurish. It definitely gets better, and more intricate as it goes on, with great wings and shovels toward the end.

I do wish they kept the camera on her more though. Her routine isn’t enough to send her straight through to callbacks, but she does earn her ticket after the choreography round.

Too many good dance auditions to pick only a few, but I’ll close out with Marie Bonnevay, aka Mary Poppins. The French-born popper and locker who performed on the streets of Vegas got last season’s winner Fik-Shun involved in her audition (so fun to see him dance again), as she took her performance off the stage and onto the judges panel.

Pretty daring of her, but she knows how to play and have fun, and shows that she can roll with the changes as their playful popping turns into a sultry cha-cha. And she has the best attitude about dancing: “No tricks, no faking, just feel it.” Yes sir! That’s exactly why we do it in the first place.

Justin Bieber returns—even though he looks like he’d rather be snoozing—with his choreographer Nick DeMoura to tell us about this week’s dance crews: Breaksk8 does all their breaking and gymnastics moves on roller skates, while Academy of Villains combines lindy hop and theatrics with their hip-hop.

As cool as Breaksk8 sounds on paper, it somehow comes across a little too “Starlight Express,” and the Villains, so far, take the competition. We’ll see how it shakes out officially next week. Congrats to Chloe Arnold’s Syncopated Ladies for taking last week’s vote.

So what did you think, city kids? Still as impressed with the diverse offerings this week? Do you think Jessica Richens could take the show, or are there others you’re more impressed with? Which crew are you voting for this week, or have you not been inspired to vote at all? Let us know your thoughts on “So You Think You Can Dance” in the comments.