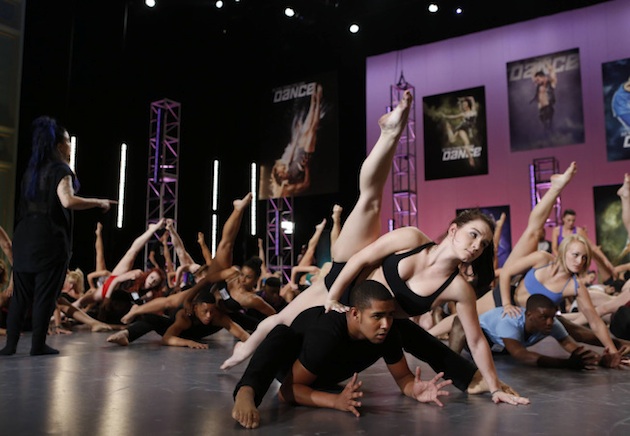 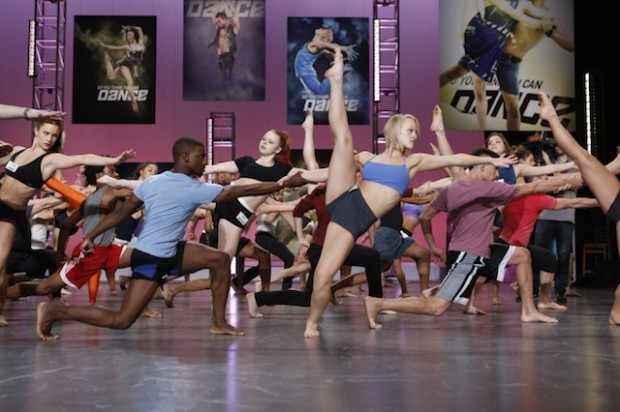 The time has come, City Kids! “So You Think You Can Dance” has chosen the Top 20 dancers for Season 11! And in many ways, it’s not too surprising.

Out of the thousands of people who auditioned, the show follows the same 30 to 40 people, so by the time they announce the Top 20, we’re fairly familiar with many of them. Perhaps that’s good, considering they squeezed the callbacks and the announcement of the Top 20 into one two-hour episode.

Despite my trepidation, it’s quite a full episode. Yes, I’d like to have followed some more of the dancers, and met a few more we hadn’t seen before, but the episode is tight and fast-paced. No time for filler. They even squeeze in a good bit of dancing, almost focusing more on contestants from previous years as they assist the choreographers with their audition routines.

We do meet two new dancers: popper Steven Kador, who misses the birth of his son in order to attend callbacks, and tapper Zach Everhart Jr., who impresses the judges more with every round, so much so that he makes it into the Top 20. Poor Steven, on the other hand, can’t seem to focus well enough—not surprising after his girlfriend spent 17 hours in labor—or he just doesn’t have enough experience and is cut after Sonya Tayeh’s jazz round. But we get to see his impressive solo, with sharp, clean isolations that left guest judge Stephen tWitch Boss hooting.

After the hip-hop round, early favorite Jessica Richens has the judges questioning her place in the show, so they make her dance for her life. Of course, she blows them away with her sexy, musical solo (with Michael Bublé’s Feeling Good working for her too). Did they really question her, or do they just want to show her off again?

The judges do a similar thing with Bridget Whitman, and make her dance for her life after Travis Wall’s contemporary round. Yes, she does make a fairly big mistake there, throwing herself into the piece too much, so her partner can’t quite keep up with her, but it’s more an opportunity for them to remind us who she is. Her solo is gorgeous, and so full of joy—surprising considering how weepy she is when she speaks. Is she going to cry her way through the competition?

We finally get to the dreaded group round, where the dancers are placed in groups of five and have to create their own choreography. This round is simultaneously my favorite and least favorite point in the callbacks. I sometimes hate the drama that comes up when egos clash and one dancer takes over while others fight the urge to say something. It doesn’t always feel contrived or manufactured, fortunately, and it’s interesting to see how the dances turn out. There’s often one group, as there is tonight, who feels like they’ve got it down pat, but their dance is horrendous. This year, Nigel asks them to decide among themselves who is at fault and should be cut. I called Shenanigans at that point. Why should it be up to them? Is he just trying to stir up drama? Does he want them to throw each other under the bus? Apparently, they pass his test, refusing to let anyone take the blame for anyone else, and finally joining together as a team. They all get through to the next round.

The joyful thing about the group round is that you usually get at least one or two groups who do wonderfully, creating a beautiful piece of choreography that showcases everyone’s strengths while still working together as a team. That team tonight is made up of Johnny Waacks Gibson, who’s been surprising the judges at every turn, new tapper Zach Everhart, and ballroom dancer Malene Ostergaard, who’s also impressed the judges every step of the way. Two other unknown, but obviously very talented, contemporary dancers complete their team, and their routine is gorgeous and emotionally touching.

We’re down to the last 44 dancers and their final solos, starting with the favorite from Atlanta, Ricky Ubeda. He’s been present for most of the episode, so there’s really no surprise that he’ll be in the Top 20, and of course he is. But rightfully so. His final solo is so stunning, and moving. He really knows his body well and puts it easily through very interesting moves. That tumbling-rolling pass on the floor at the end is so unique, but not without emotional depth. Beautiful.

We finally have our Top 20. There are a couple small surprises as people I thought were shoe-ins are cut, such as Johnny Waacks and female krumper Jana Jaja Vankova. They’re unique and do well enough (and were followed closely enough) that I thought they’d surely make it, but surprisingly only two hip-hop dancers get in: Emilio Dosal, who was accepted last year but had to withdraw after a serious accident in rehearsal (they sure kept him hidden), and Teddy Coffey, who’s new to us.

In addition to Emilio, Teddy (who’s also a tapper, as seen in the final montage), and Ricky, Jessica and Bridget are both in, as well as five more contemporary dancers: Emily James, who took last year off to go to business school, “the Beast” Stanley Glover, Casey Askew from the L.A. audition, unknown Carly Blaney, and Rudy Abreu, best friend of ballroom dancer Nick Garcia, who also sealed his spot in the Top 20. Nick joins five other ballroom dancers: Malene Ostergaard, Serge Onik, Tanisha Belnap, Marcquet Hill, and his auditioning partner Brooklyn Fullmer. The two tappers, Zach Everhart and Valerie Rockey, and two ballet dancers, Jourdan Epstein and unknown Jacque LeWarne, round out the Top 20.

So there we are, City Kids! What do you think? Are you disappointed Jaja or Johnny Waacks didn’t make the cut? Are you pleased with the Top 20? Let us know in the comments.