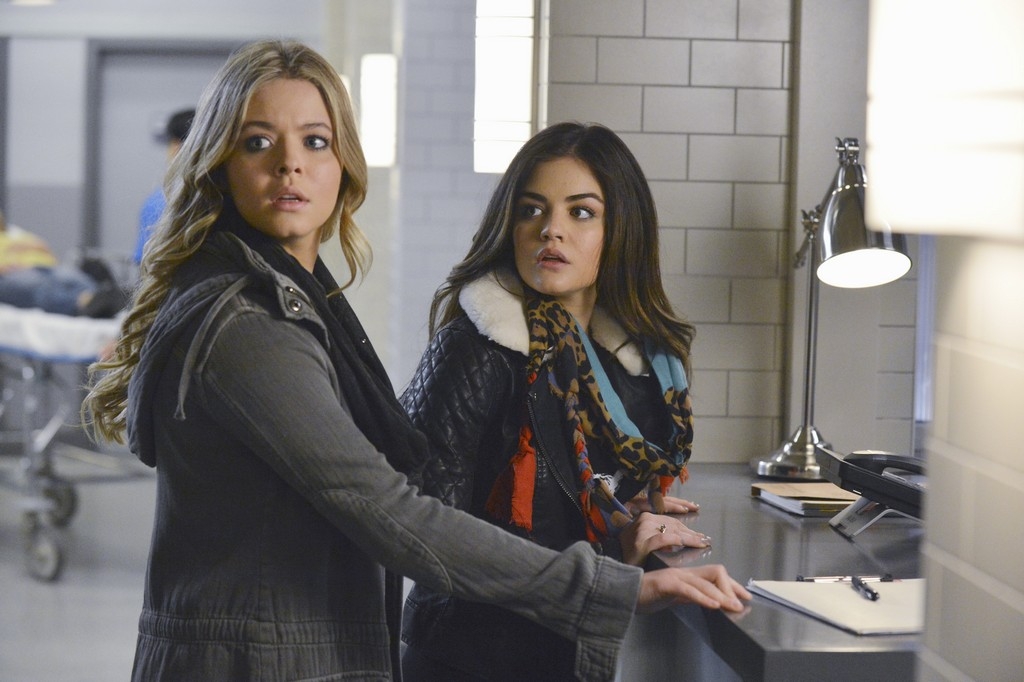 Guess I’d better get caught up with “Pretty Little Liars“! My daughter and I started watching it at the beginning, and then she kept watching it and I drifted off. Now whenever it comes up in conversation, she’ll say something like, “Want me to tell you who “A” is?” To which I reply, “No, don’t tell me, I plan on catching up with it!”

Season 5  of the hit show premieres tonight at 8 p.m. ET, and a press release just landed in my inbox noting that the show has been picked up for a sixth and seventh season. That will make it ABC Family’s longest-running original series. Season six will air mid-2015; season seven mid-2016.

It’s not just kids who love “Pretty Little Liars,” though. The show is the number one series in the network’s history, with 3.8 million total viewers, across all target demos:

The show also generated the highest average number of tweets per episode (675,000) of any TV series during the 2013/14 broadcast season.  Based on total followers, “Pretty Little Liars” recently became the number one scripted television series on Instagram, according to ListenFirst Media.

Tonight’s season 5 premiere of “Pretty Little Liars” entitled “EscApe From New York,” picks up where the season four finale left off, with Aria and the Liars reeling from Ezra’s shooting at the hands of “A.” The five girls quickly realize that as the one person who truly knows “A’s” identity, Ezra is in grave danger. While Aria stands watch over Ezra at the hospital, Alison and the PLLs lay a trap to finally flush out “A” and are shocked by who is ensnared.

Meanwhile, Detective Holbrook steps up his efforts to find the girls and puts the Hastings family on alert. And as news of Alison’s “resurrection” spreads, Mona is not pleased.