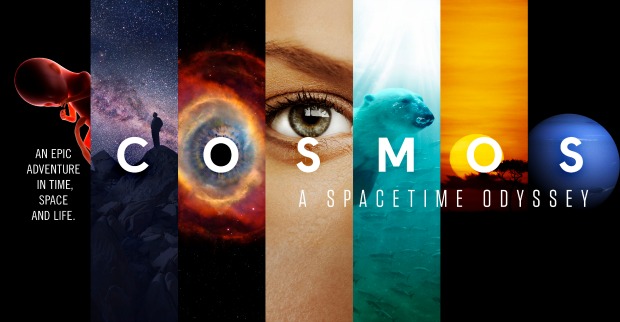 I had the privilege of participating in a media conference call with Neil deGrasse Tyson and Ann Druyan about the final “Cosmos” episode and the DVD/Blu-ray release of the season on June 10, 2014. The conversation ended up going in a number of interesting directions.

Neil hosts the show, which is a reboot of the 1980 series with Carl Sagan. When he was a boy, Neil met Sagan, who passed away in 1996, and Ann Druyan is Sagan’s widow. She served as a writer for Sagan’s series and producer for the new version, along with Seth MacFarlane and others.

Don’t miss the final show on Sun., June 8 at 9/8c on FOX or Mon., June 9 at 9/8c on National Geographic Channel. The DVD/Blu-ray will have a lot of extra goodies. Watch for my review of it coming soon.

Below are some of the highlights of the interview.

On what they would do if they could run the U.S. space program:

Neil: I’ve thought long and hard about that, and I realized that if I were head of the space program, I’d be reporting to the President, and so, I would have less control than one really might want to have if you have great visions for the space program.

If we were ever to become a space-faring civilization, then all of space needs to be considered our backyard, and if it’s all our backyard, then the moon is one place you go to if that’s where the need takes you.  Mars. An asteroid, maybe an asteroid is headed our way; you might want to deflect that when you go visit it.

There are things to do in space that we should not be thinking of as one-dimensionally in that sense.  So, I’d say create a suite of launch vehicles that can be configured for any specific task that scientists, tourists, families … whatever is the activity in space. It is only limited by our imagination and not by somebody’s budget.

Ann: I would just affirm everything you said, but I would also say that if I was talking to the president in that capacity, I would be urging him or her to realize that as a species and as a nation, we need ambitious exploratory goals. We need to feel as if we are still on the move because exploring the planets, searching for extraterrestrial intelligence, looking as deeply into the universe as we possibly can is a matter of human self-esteem.

It’s something that enriches our culture.  The pride that we all took in NASA’s majestic trips to the moon and its dispatch of our robotic emissaries to beyond the solar system, all of this has only reflected on us as a culture that believes in the future, and the dividends from those great journeys of exploration continue to rebound to our good name.

On whether they achieved what they wanted with the series:

Ann: Personally, I have a feeling that the reaction to the series has exceeded my wildest fantasies. Last Sunday’s episode was a tremendous ratings hit, and we came in neck and neck with “The Bachelorette” on a show about global warming. That really sums up my greatest hope for the series, and of course, this is not only true domestically in the United States but around the world in 180 countries.

So, I have a feeling of just tremendous satisfaction that FOX and Nat Geo were brave enough to put this show on primetime, which hasn’t happened on a commercial broadcast network such as FOX in recent memory. And the idea that it has been deemed a hit critically and in terms of the public means that in this slavishly imitative entertainment business, there will be more such programming. So, I am beyond gratified.

As for the most touching moment, it has come in the form of myriad tweets from people and emails from the public saying that “Cosmos” has brought families together, that Sunday nights have become a family time again and how many parents and children and couples are watching this series together….

That was my dream from the beginning. I hoped and I believed that there was this unsatisfied yearning for this kind of programming, and by the metrics we have thus far, I think it’s really delivered that.

On whether Neil intends to use his “rock star” status to continue educating people about science:

Neil: I don’t have specific television ambitions in the sense that I remain fundamentally an academic. And so, my innermost ambitions are “what’s the next discovery I can make?” That’s in my direct center….

Now, you make an important point. If there’s some kind of rock star status, would I be irresponsible if I didn’t somehow use it for a continued greater good? And I’m always involved in some way with reaching the public. I have a growingly successful radio show and podcast called “StarTalk.” It’s weekly in the top ten of downloads of all podcasts and iTunes. There’s always some book that I’m writing and I’m in the middle of, and so, I’m always there.

What distinguishes “Cosmos” here is when that opportunity arose and I spoke with Ann, I realized that I felt, whether or not anyone agreed with this, I thought I could present “Cosmos” uniquely…. If I couldn’t do it uniquely, let someone else do it, and I get back to the lab.

But “Cosmos” comes up, and it’s like I have this overlap, this culturally genetic intersection with Carl Sagan that I think people would want to know and feel and think about. And so, “Cosmos” came up, and there was no question that I was interested in doing “Cosmos.” After that, I don’t know.

On where Neil would go if he could get back on the Ship of Imagination one more time:

Neil: I’d go back and hang out with Isaac Newton. I’m torn between do I hang out with him or do I bring him into the present to hang out with me. See, that might be terrifying because his head will just explode once he sees everything that was derived from his discoveries, but I’d spend more time with someone who I think is one of the most brilliant minds our species has ever known. And then, I’d go back to the Big Bang, of course.

On how to engage kids to become scientifically literate:

Neil: I would say briefly that the urge to think of the next generation, our kids, as our future is obvious…. However, I’m more impatient than that. We can train our 12-year-olds to make them perfectly scientifically literate, but then have to wait 40 years for one of them to become president and then change the country.

It seems to me that if we can somehow transform the adult population, then it’ll be clear to them how to then stimulate and promote interest in the people who they’re raising. Right now, the adult class is not even a participant in this sense of wonder that we’re trying to re-instill in the hearts and minds of citizens of the world.

So, I think if the adults understand the value of this … be it a teacher or a parent or someone you run into in the street, they would understand how to nurture and foster the curiosity that every kid is born with. And the adult will then no longer get in the way of it or suppress it or squash it, as so often happens in the school classroom.

Ann: My dream from the beginning was to “torque the Zeitgeist” in a slightly different direction, and we’ll see if “Cosmos” moves that needle of appreciation and respect for science that I think our society desperately needs. 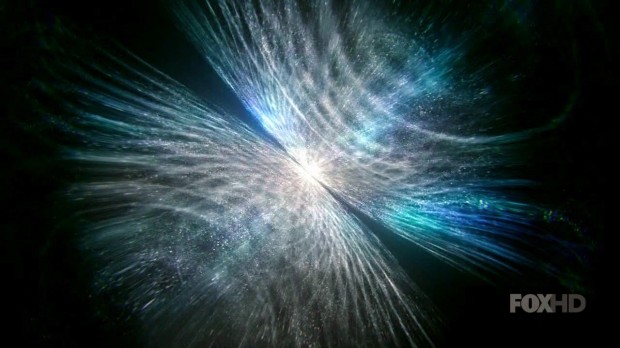 On what they’re most proud of with regard to “Cosmos”:

Ann: I am just bursting with pride about our VFX and the genius of Rainer Gombos and his team and the real pleasure it was for me to work with him day in and day out,  going through some 30 iterations of every one of these shots so the science was right, as well as the visual splendor was right.

I feel like the reason that I waited so long to do this with FOX, despite the fact that other networks were interested in doing “Cosmos,” was [that] only FOX would give me the total creative control but also the wherewithal, the funding, to make it a transporting experience. So, I’m very proud of that.

Below is the original trailer for the series. If you’ve missed it, you owe it to yourself (and your kids) to catch up with the DVD/Blu-ray.