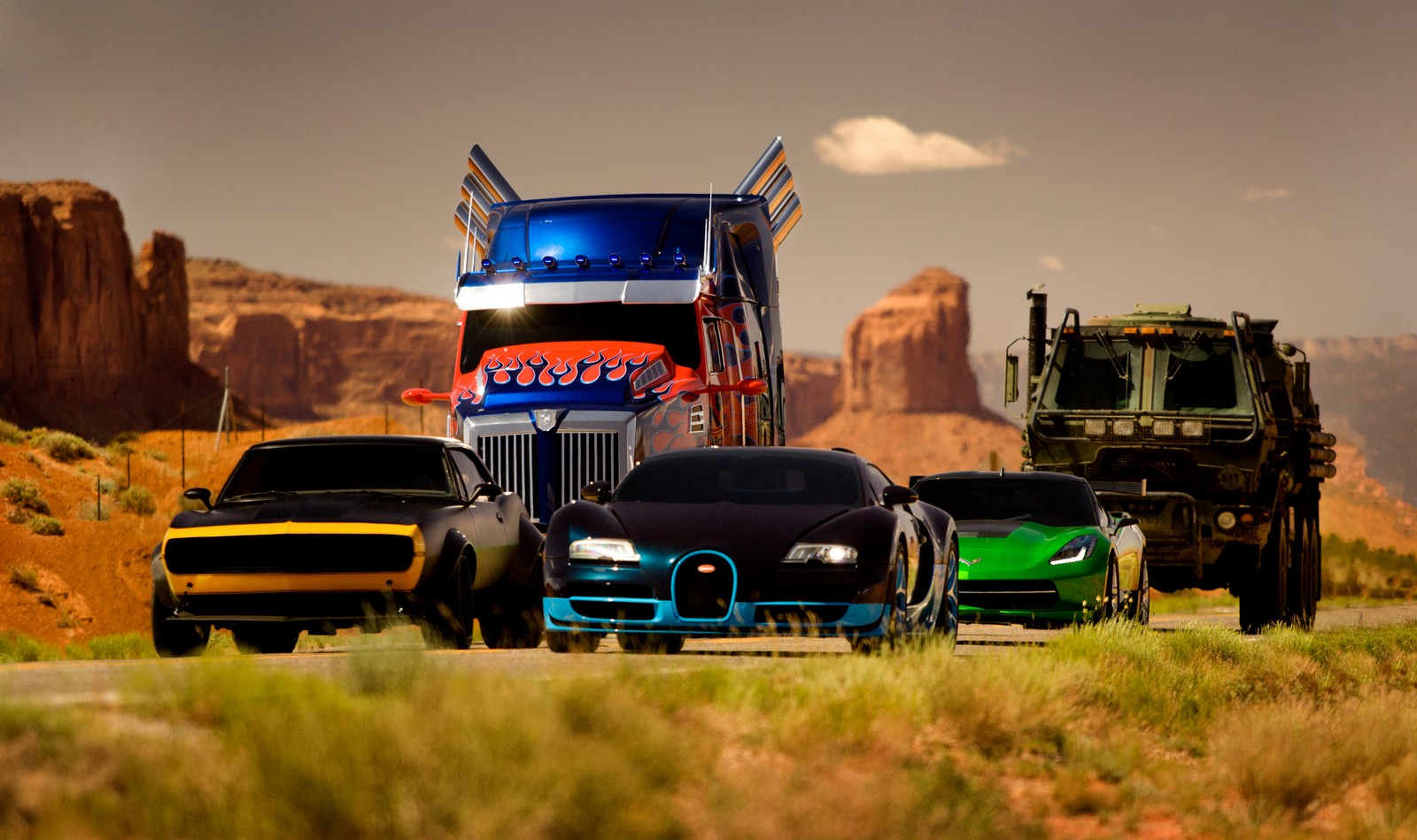 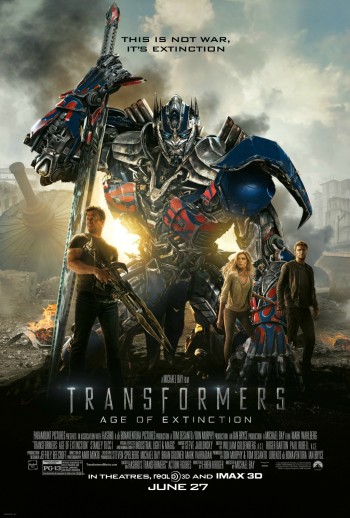 EDITORS: Buy this review and gallery in the Reel Life With Jane Shop for $8!

SYNOPSIS: The fourth installment in Michael Bay’s giant robot franchise stars Mark Walhberg as a single dad who discovers a famous Transformer in his shop. As you might imagine, all heck breaks loose.

REVIEW: I went into “Transformers: Age of Extinction” with a lot of trepidation. Said goodbye to my family, who wished me well as I headed off to see the almost-three-hour movie full of giant robots. As I drove to the theater, my mind wandered to the first three “Transformers” movies. Loud. Explosive. Lots of metal. And, um, loud. As in, Michael Bay-Loud.

Sure enough, “Transformers: Age of Extinction” is loud and explosive with lots of metal, but it’s also entertaining. In fact, I’m calling it my favorite “Transformers” movie so far. That’s because there’s just as much “human” stuff as there is “robot” stuff, and I really like the cast. You can’t beat Mark Wahlberg, Kelsey Grammer and Stanley Tucci. I’m like, what?! This is an amazing cast. And it seems like Michael Bay actually toned down some of the fire-power, even though there are still plenty of scenes where cool guys don’t look at explosions.  I mean, seriously. It’s Michael Bay. Gotta have some of those scenes.

The story picks up after the events of 2011’s “Transformers: Dark of the Moon.” A CIA black ops unit headed by Harold Attinger (Kelsey Grammer, as a less-evil version of his Tom Kane character in Showtime’s “Boss”) is hunting down the remaining Autobots with the help of Decepticon bounty hunter Lockdown (voiced by Mark Ryan). Meanwhile, in a small town in Texas, single dad Cade Yeager (Mark Wahlberg) is trying to piece together a living for he and his daughter by buying old scrap metal and either selling it or rehabbing it into something new.

When Cade brings home an ancient 18-wheeler in hopes of stripping it down for parts, he quickly realizes this is no ordinary truck. It’s actually a transformer, and not just any transformer. It’s the mighty Optimus Prime (voiced by Peter Cullen), leader of the good-guy Autobot robots. Cade, his daughter Tessa (Nicola Peltz), and her boyfriend, Shane (Jack Reynor), are immediately drawn into a fight with the vicious black ops agents.

The trio of humans escape with Optimus’ help, and together they join the remaining Autobots to battle the corrupt government agents, as well as a new threat, a visionary CEO (Stanley Tucci) who’s found a way to create an army of Transformers — and not the warm cuddly kind either.

First, “Transformers: Age of Extinction” is too long. Even though I really like it and think it’s darn entertaining, and even though it’s a nice blend of robots and humans, nearly three hours is a long time for ANY movie. Especially an action movie centered on giant robots.

As mentioned, the cast is terrific. I’m a big fan of Wahlberg and will watch basically any movie or TV show he’s in. I’ve also been missing Kelsey Grammer, ever since “Boss” ended so tragically abruptly after two seasons. And “Frasier” is on every day at our house, even though we’ve seen every episode 53 times.

There’s a bit of stereotyping going on here (as Michael Bay has been known to do). All the women are thin and supermodel-like. Cade’s daughter is (mostly) a helpless girl, although she does have a few resourceful moments. The story moves to China about half-way through, and all the Chinese characters are either martial arts experts or ruthless corporate executives.

The friendly Autobots have some great one-liners. The action scenes are fun and sometimes tense. In one scene, the humans have to traverse a narrow bridge-like thing high up in the air, and you’re just waiting for something to go horribly wrong.

All in all, if you like the first “Transformers” movies and are ok with Michael Bay’s particular brand of filmmaking, you should definitely check this one out.

Sex/Nudity: All the women in this movie are thin, look like models, and wear skimpy and/or tight clothes, including Tessa, whose dad chides her for wearing short shorts and tight tops. One conversation involves Shane and Tessa’s relationship being covered by the “Romeo and Juliet law,” which means sexual contact between a minor and a legal adult began when both parties were under 18. Shane jokes to Cade about wanting fresh breath when making out with his daughter. A couple kiss, and another couple nearly kiss.

Violence/Gore: Lots of explosions, artillery, shooting and fist fighting. A man is incinerated and shown completely burnt mid-stride. Fierce fighting between the Autobots, Decepticons and Lockdown. The body count is high and there’s mass destruction of buildings and landscapes, but not much blood and gore is shown.

Drugs/Alcohol: A character drinks beer in one scene.

Which Kids Will Like It? Kids 12 and older who like the other “Transformers” movies, games or characters.

Will Parents Like It? “Transformers: Age of Extinction” is entertaining, though a bit long.