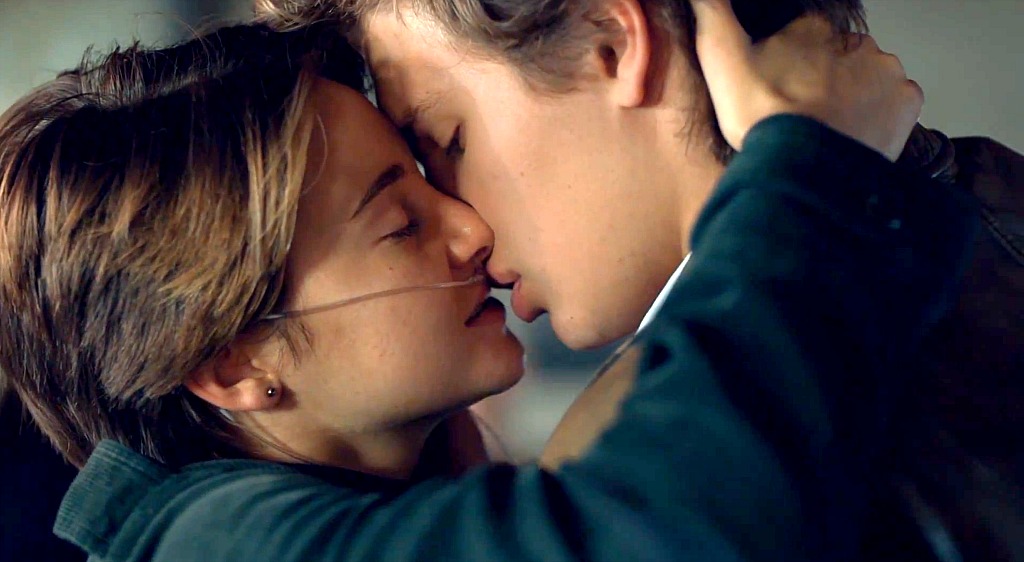 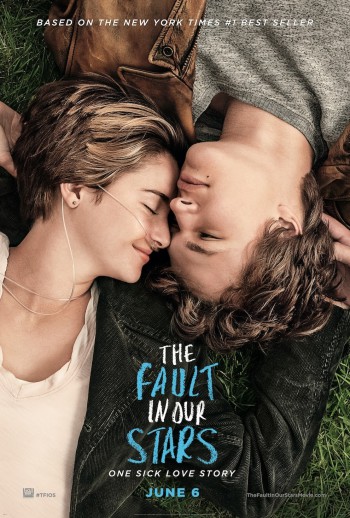 SYNOPSIS: Shailene Woodley and Ansel Elgort play two teenagers who share an acerbic wit, a disdain for the conventional, and a love that sweeps them on a journey, made all the more poignant because they met in a cancer support group.

PHOTO GALLERY: “The Fault In Our Stars”

REVIEW: I’m generally not a fan of movies that make me cry. There are plenty of opportunities to cry in real life, so why force yourself to watch a movie that makes you sob uncontrollably? I always feel manipulated. But I’ll make an exception for movies that 1) are exceptionally good; 2) have something to offer the world; or 3) I should watch anyway in order to offer my opinion on whether you should watch it.

Fortunately, “The Fault In Our Stars” falls into the first two categories — it’s exceptionally good and has something to offer the world — so you should probably go see it or let your kids go see it. However, if you’re familiar with the John Green book on which this movie is based, you know that the central theme is cancer. So it might be a tough one for you or your kids if you’re dealing with cancer in your family or friends (and is there anyone NOT dealing with cancer these days?). Sob-wise, I’d say it’s right up there with “Marley & Me” and “Up” (though I’m going to say I cried more during those movies).

The story follows Hazel Grace Lancaster (Shailene Woodley), a 17-year-old girl with stage-four metastatic cancer that has spread to her lungs, requiring her to wear a cannula and lug an oxygen cannister around with her. Her worried but super-supportive parents (Laura Dern, Sam Trammell) encourage her to attend a local support group for teens with cancer, and that’s where she meets Augustus “Gus” Waters (Ansel Elgort), who can’t keep his eyes off her. We learn that he lost his leg to cancer, and is mainly there to support his best friend Isaac (Nat Wolff), who is about to lose his one good eye to cancer and become totally blind.

Gus and Hazel start hanging out together, but she’s afraid to let the relationship blossom into romance, because she doesn’t want to break his heart, to which he says it would be a privilege to have his heart broken by her. But true love will not be denied, and Gus gives up his one “cancer wish” to make Hazel’s dream come true: traveling to Amsterdam to meet her favorite author, Peter Van Houten.

“The Fault In Our Stars” is a must-see movie for anyone who’s read the book, but it’s not a necessity to read the book. I haven’t read it, but still loved the movie. Here’s the funny part, though. I came home and started to tell my 16-year-old (who’s read the book) about the movie and mentioned that the audience (99 percent teenage girls and 1 percent boyfriends) clapped during certain parts of the movie. My daughter then proceeded to tell me the exact moments when everyone clapped. It’s clear that certain “Fault” lines, scenes and moments are already etched into the lexicon of teenagers everywhere.

By all accounts, “The Fault In Our Stars” does the book justice, bringing the heartbreaking romance between Gus and Hazel to life in all its imperfect glory. As Hazel, Woodley is sweet, gentle, smart and funny. She’s already shined in the YA adaptations “Divergent” and “The Spectacular Now,” not to mention held her own with George Clooney in “The Descendants.” Even better, she’s very grounded in interviews, and at 22, seems destined to avoid the dreaded fame-money-success trap that’s ensnared so many young starlets.

Elgort, who played Woodley’s brother in “Divergent,” is at times sensitive, sexy, smart and yes, heartbreaking, as Gus. Though dealing with his own health issues, he refuses to let his life be defined by cancer. Elgort somehow manages to pull off this tough role with nary a false note anywhere. These two are terrific together, and I love the playful way director Josh Boone integrates Gus and Hazel’s texts to each other.

The movie doesn’t shy away from the inevitable harshness of life with cancer and never lets us forget that it’s possible to fall madly, deeply in love, even when that person you love is dying. As Hazel’s favorite book notes, “Pain demands to be felt,” and you will feel pain while watching “The Fault In Our Stars.” I guess that’s not a bad message to offer both kids and grownups. That you can feel pain and somehow find a way to live with it. That somehow, it’ll be okay.

Sex/Nudity: A few passionate kisses. One love scene, more emotional than physical, takes place between two teens who are both virgins. The girl takes her top off, and we can see her back and the boy’s chest. They’re shown in bed together afterwards.

Drugs/Alcohol: Gus has a habit of putting an unlit cigarette in his mouth (because “you don’t give it power unless you light it”), and carries a cigarette pack around with him. Teens share champagne together twice, once at a fancy restaurant. Peter Van Houten is a drunk who always has a drink or flask in his hand. Hazel teases her parents that she should be allowed to be a regular teen with a fake ID so she can drink and “take” pot.

Which Kids Will Like It? Kids 13 and older who like romantic dramas or have read the book by John Green.

Will Parents Like It? “The Fault In Our Stars” may be geared for teens, but it’s also a great film for grownups.