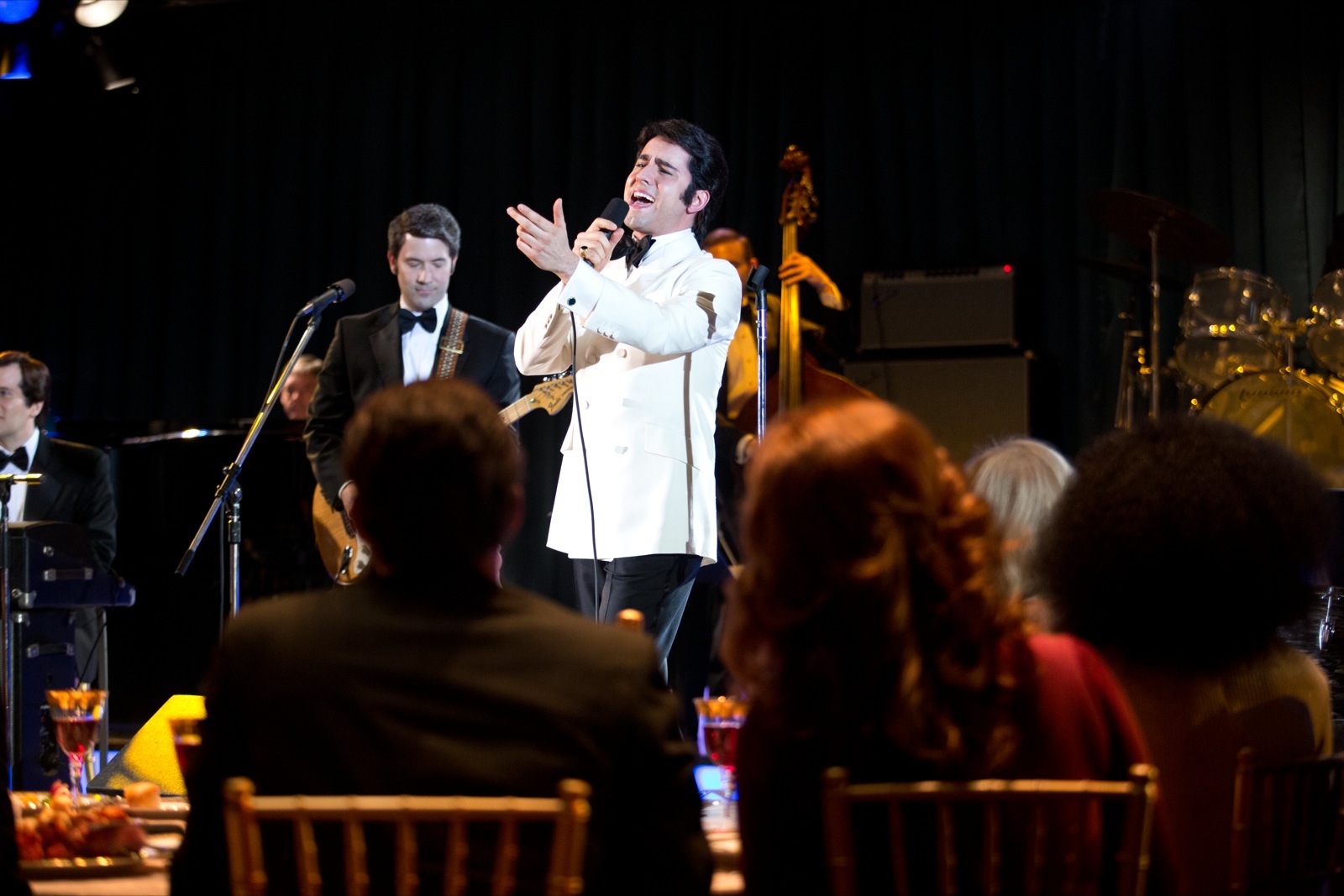 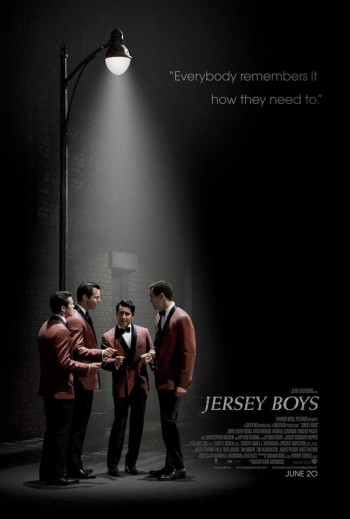 Editors & Publishers: Buy this review and accompanying gallery in our shop.

SYNOPSIS: Based on the Broadway production of the same name, director Clint Eastwood’s “Jersey Boys” tells the musical story of the rise of Frankie Valli and the Four Seasons in the 1950s and 60s.

REVIEW: Dear Warner Bros., if you’re going to release a movie geared for baby boomers on a Thursday night, please make the first showing at 8 p.m. I went to the midnight showing of “Jersey Boys,” and there were three people there. Three. It’s because all the other baby boomers were home resting up to see it at a reasonable hour the next day. But I really did love the movie, and I’m sure all the people who saw it Friday did, too. Sincerely, Jane.

Now that I’ve got that out of the way, let’s talk about “Jersey Boys,” another movie that’s pure Clint Eastwood from start to finish. By that I mean another high quality film with great attention paid to every detail, from the casting, script and music to the 1950s-era cars, mock turtlenecks and cardigans. What fun it must have been to be on the set decorating team.

Watching the big screen version of “Jersey Boys” is like stepping back in time to that shining moment in our country’s history where music came alive and all dreams were possible. Even the color of the film has a vintage patina to it, almost but not quite like those old black-and-white photos that had a bit of color added later.

Eastwood has taken some heat over casting the stars of the Broadway musical in the movie, which I don’t really understand. They’re fantastic! I have nothing but praise for the cast and agree with Eastwood, who said at a recent press conference for the movie, “1200 performances … that’s experience you just cannot buy.” Read Reel Life With Jane writer Paula Schwartz’ full report of the press conference here.

But it isn’t until songwriter/keyboard player Bob Gaudio (Erich Bergen) joins the group that things begin to gel and they become “The Four Seasons.” Hits like “Sherry,” “Walk Like a Man,” and “Can’t Take My Eyes Off You” start burning up the radio airwaves, “The Ed Sullivan Show” and “American Bandstand.” But their road to stardom is paved with heartache and disappointments.

I haven’t seen the Broadway production, but love Eastwood’s adaptation for the big screen (he even pays homage to the stage production at the end). Even if you weren’t around in the 1950s and 60s, the songs are so dreamy that you can’t help but be happy listening to them (I nearly clapped after a few of them!). And the songs don’t drag the film down at all; to the contrary, they blend in well with the story. I mean really, the songs ARE the story, and it’s fun to see the backstory of how they were written and performed.

I also love how the characters break the fourth wall and talk directly to the audience, which gives the story a “Goodfellas” vibe. Plus, it’s just a great American success story, as a line from the movie notes: “You want to turn things around? You gotta keep working.” Yep, that’s how things happen, whether it’s 1955 or 2014.

I have a feeling “Jersey Boys” will do well during the upcoming awards season. Be sure to check it out. You don’t even have to stay up past midnight to see it.

Sex/Nudity: No nudity, but some kissing and sexual innuendoes here and there. In one scene, a man loses his virginity while his friends wait outside his hotel room.

Violence/Gore: A man fake-shoots another man (which looks frighteningly real). A few scenes of verbal and physical fights. A man breaks a chair over a table in one scene. A character dies (off screen) of a drug overdose and the funeral is shown. A TV clip shows a man slapping a woman, and those watching it cheer. A husband and wife argue in front of a child.

Drugs/Alcohol: A character drinks to excess in front of her kids. Era-accurate smoking and drinking, mostly in nightclubs.

Which Kids Will Like It? Kids 15 and older familiar with Frankie Valli and the Four Seasons, or who like movies about the 1950s and ’60s.

Will Parents Like It? “Jersey Boys” is an excellent film, especially if you lived through that era and have your own memories of Frankie Valli and the Four Seasons.