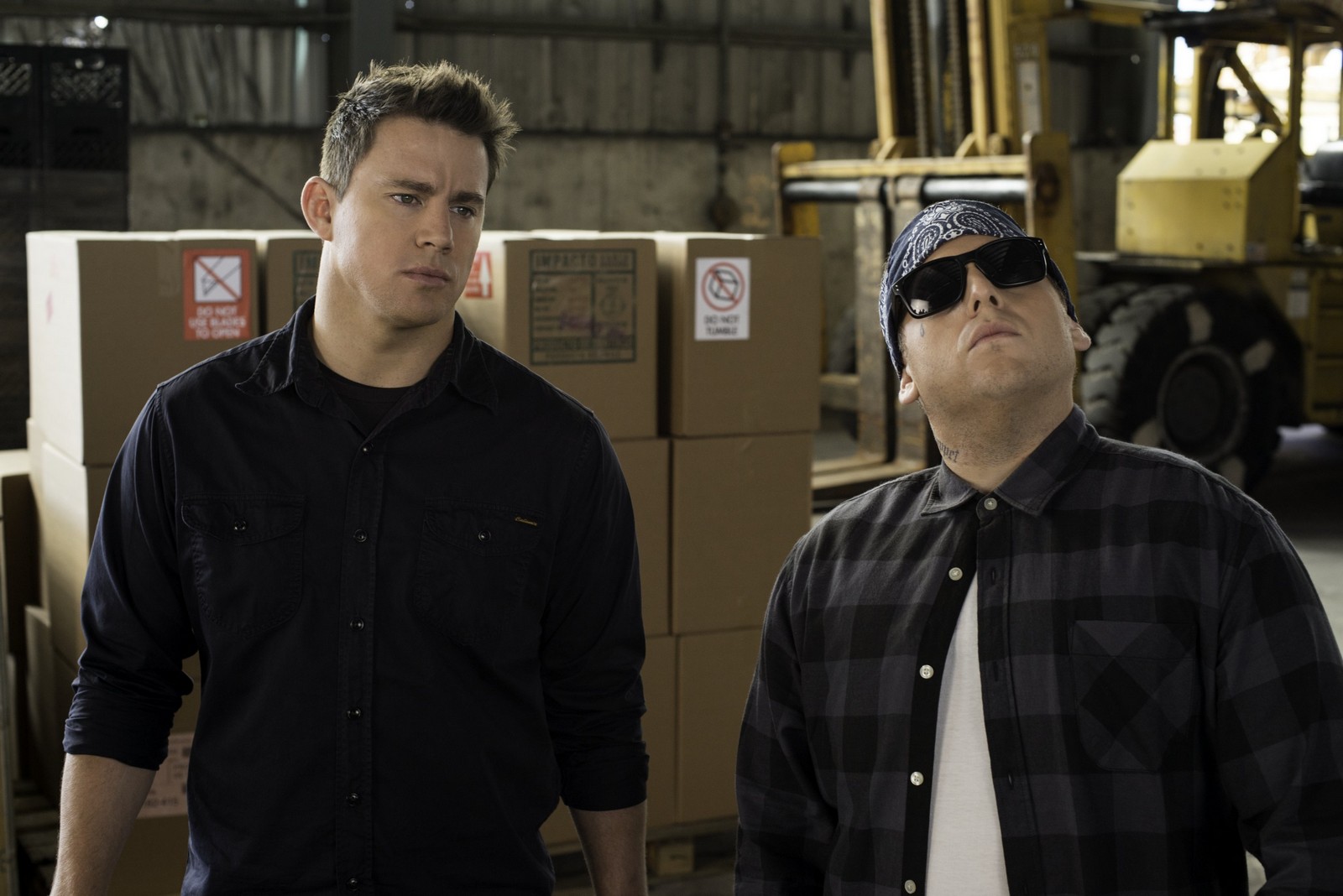 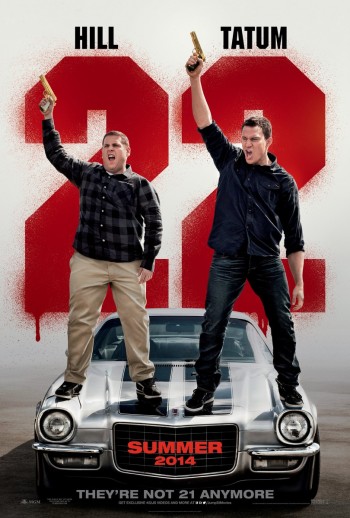 SYNOPSIS: After making their way through high school (twice), big changes are in store for officers Schmidt and Jenko when they go deep undercover at a local college.

REVIEW: If you’re in the mood to see a funny movie where not much thinking is required, then “22 Jump Street” is the one for you. You do have to somewhat pay attention, because otherwise you’ll miss all the funny little references to Dora the Explorer and Benny Hill, not to mention the ongoing bromance between stars Channing Tatum and Jonah Hill. They’re so adorable.

You don’t have to see the first movie, 2012’s “21 Jump Street” (also funny), or the TV show that ran from 1987 to 1991 (it’s on my to-watch list), because directors Phil Lord and Christopher Miller kindly give us a little update at the beginning of “22 Jump Street.” It’s very clever how they do it – like the old TV shows that started episodes off with “previously on…”

In “22 Jump Street,” detectives Schmidt (Jonah Hill) and Jenko (Channing Tatum) are back as partners in crime. Their task this time is to go undercover as college students and track down the origins of a new drug called WHYPHY, which stands for “work hard, yes, play hard, yes” (and also prompts plenty of jokes about the name). The drug, a mix of Ecstasy and Adderall (don’t try this at home, kids!) has already claimed one victim — a coed at the college.

The cops’ captain (Ice Cube) assigns them to the case, and off to college they go, equipped with mesh laundry bags, frat-boy t-shirts, beanbag chairs, unidentifiable kitchen objects and other college stuff.

But the partners drift apart. Jenko quickly bonds with a football teammate, Zook (Wyatt Russell, who looks a lot like his dad Kurt Russell), who wants Jenko to join his fraternity. Schmidt, meanwhile, is shunned by the cool kids and ends up hanging with the poetry crowd. I must admit, I got a little teary when Schmidt and Jenko decided to “see other people.”

One thing I love about this movie is the little role reversal with the two leads. Tatum does play the football player stereotype, but he’s also a complete dork who can’t come close to Hill’s impersonation of a gang member. It reminds me of when my kids and I try to do accents. They can do all sorts of accents, from British to Indian to Chinese, and I fail miserably and just sound ridiculous. I’m like Tatum in that regard.

I actually liked this movie more than “21 Jump Street” and laughed out loud several times. Maybe I was just in the right mood for it. It does have some crude jokes — it’s rated R, after all — but doesn’t come close to the crudeness of other recent movies like “Neighbors” and “A Million Ways to Die in the West.” I have a low tolerance for crudeness, but was fine with “22 Jump Street.”

And as mentioned, the bromance between Tatum and Hill is so cute. They have great chemistry, whether they’re stuffed into a tiny vehicle speeding through campus Benny Hill style or chasing after the bad guys.

Be sure to stay through the end credits, which boast an impressive array of “upcoming” Jump Street movies (whether they’ll actually hit the big screen is anyone’s guess).

Sex/Nudity: It’s rated R and set at a college, so expect plenty of sexual innuendos and references. Two college students are shown waking up in bed together, wearing underwear. A man pretends to perform a sex act on another. A cop sleeps with his supervisor’s daughter. A hysterical fight scene between a man and a woman has sexual overtones. A young boy shoots a gun at sex toys. College coeds are shown on the beach in skimpy swimsuits.

Violence/Gore: Lots of fights involving guns, fists, car chases and explosions. Not much blood is shown, although people get shot at. Most of the violence is cartoonish and played for laughs.

Drugs/Alcohol: N The plot centers on a drug used in college known as “WHYPHY.’ A girl dies because of the drug, and in one scene, Schmidt and Jenko accidentally take it and get high, “tripping out” with bizarre hallucinations. College students drink beer and liquor. A fraternity hazing scene shows college kids getting increasingly drunk.

Which Kids Will Like It? Kids 16 and older who liked the “21 Jump Street” or wacky comedies starring Channing Tatum or Jonah Hill.

Will Parents Like It? If you don’t mind a bit of crudeness, “22 Jump Street” is a fun movie with lots of laugh-out-loud moments.