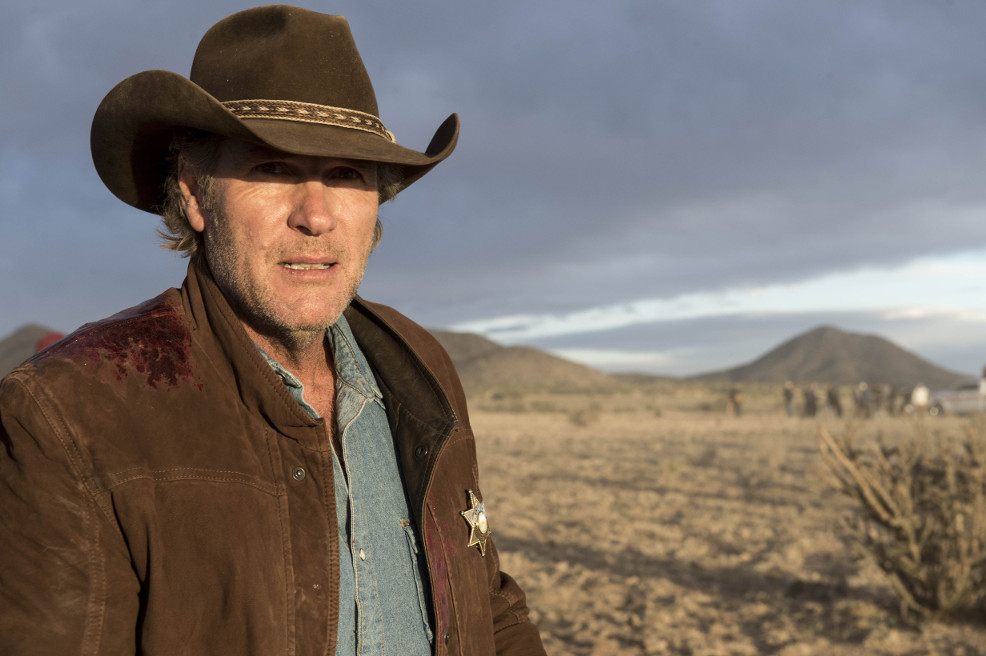 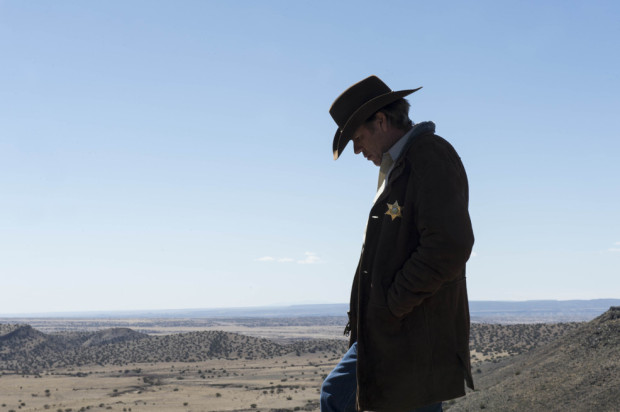 “Longmire” is back!!! It seems like forever and a day, but Season 3 finally premiered Monday night.

When we last left Absaroka County, Henry was headed off to jail for a crime (we’re pretty sure) he didn’t do, Vic was getting ready to file for unemployment, and Branch was shot and bleeding to death out by a funeral pyre on the reservation.

As we return to the show, Walt has brought Branch to the medical clinic on the Rez after he has MacGyvered a surgery kit and sewed up the worst of Branch’s wounds with some fishing line. When the attendant tells him he should have called 911, Walt’s reply is, “I am 911.” Already a classic line. 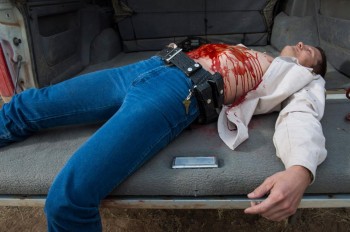 Once Branch has been stabilized and enroute to the hospital, Walt’s next mission is to chase down Mathias so he can have a few precious moments to talk to Henry. Mathias claims that Henry waived all his rights to a lawyer and to extradition, so Walt “unwaives” them by ripping up the extradition papers. Promising Henry he’ll get him the best lawyer money can buy, Henry directs him to the money in his safe, enough money to cover the lawyer’s fees.

Walt ultimately confesses to Vic what happened to his wife and why Henry is on his way to the tri-county jail.

As the surgeons work on Branch, they find something odd inside him – a crow’s feather. Later, Branch is recovering but hallucinating pretty badly and it’s not from the morphine or dilaudid. Walt wants to find out who shot Branch, but Branch insists he was shot by a dead man – David Ridges – the guy from the suicide video from last season. Walt asks the doc to test the feather for drugs, and when he does, he finds it was laced with peyote.

Of course, Jacob Nighthorse probably has something, if not everything to do with this, but this cool cat isn’t admitting to anything. Plus, he has an alibi and a bunch of people who saw him to back it up. When Walt describes what Branch saw, Jacob seems shocked – David Ridge came back as a White Warrior, traveling through time. Walt later visits him at his office and he sees a peculiar piece of art – full of crow feathers. 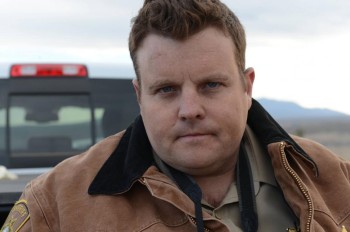 Later, Longmire and The Ferg make their way to the funeral pyre where Branch was shot, but of course Mathias comes by to kick them off the reservation and refuses to let them take any evidence from the scene of the crime. Longmire agrees quickly – almost too quickly – and we soon see why. He has The Ferg sit on the flatbed of the pickup truck and removes the ashes that are embedded in his shoes and orders him to take it to the hospital to have them analyzed.

Walt believes whoever shot Branch might have really been after his dad. When he talks to Branch again, Branch still insists it was a dead David Ridges. Furious, Branch berates Walt and tells him if he believed he would do anything to get to the truth. So Walt does just that. Since he’s not allowed on the Rez, Walt parks his butt just outside the reservation and waits. Soon he sees activity at the funeral pyre and convinces Mathias to go with him. After Mathias holds five men in this same warpaint Branch saw Ridges in, Walt has to drag Branch out of his hospital bed to ID who he saw when he was shot. Branch insists none of the men is the shooter.

Then Walt pulls out a piece of paper with the DNA analysis of the ashes from the funeral pyre. The DNA is from David Ridges, and Longmire points out that Branch probably just let his shooter go.

I’m so excited the show is back and can’t wait until next Monday! I want them to showcase The Ferg a little more and I’d love them to delve more into Vic’s past.

What are you looking forward to on this season of “Longmire”? Chime in below!