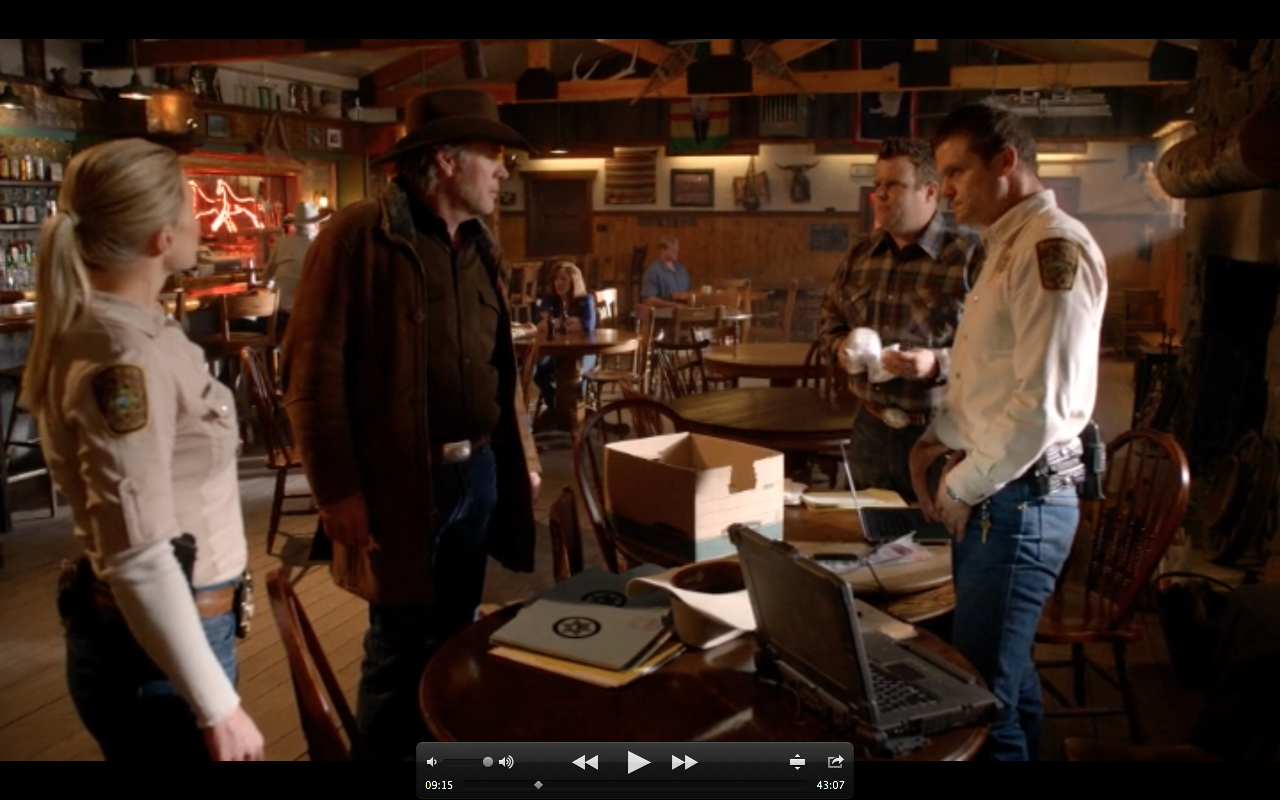 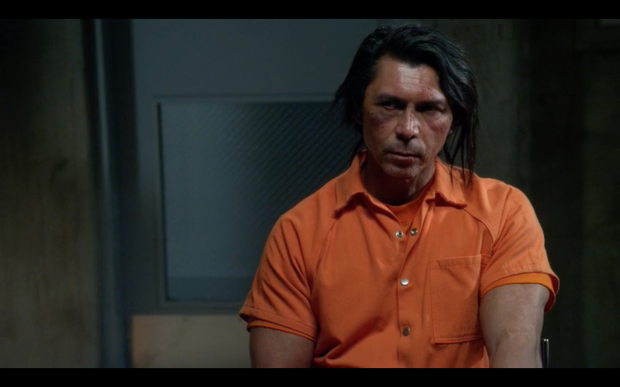 That seems to be the tagline for this week’s episode of “Longmire.” Henry is still in the Tri-County Jail and not having the best of time there. He’s been harassed, beaten up, and bullied by other Indian inmates there.

The beatdowns are led by Malachi (Graham Greene), the form sheriff on the Reservation before Longmire arrested him for various crimes. Malachi seems to have the run of the joint as he seems to have enough clout to cancel Henry’s meeting with the public defender and cause phone calls to Henry to be disconnected. 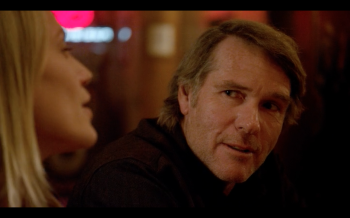 After the ace public defender mysteriously steps away from the case and sends possibly the worst lawyer on the payroll to assist Henry, Cady takes it upon herself to fire the guy and put herself in as Henry’s lawyer (which I was wondering why she hadn’t done that already.)

Over at the sheriff’s office, Branch has returned to work – way too early and looking worse for wear. He can barely stand upright, but insists on working. Personally, I suspect his jeans are too tight, thereby cutting off his circulation and staving the healing process. That guy should stay home and relax in some loose-fitting sweatpants with a beer in one hand and a remote in the other.

Killing two birds with one stone, Walt has Branch and the Ferg work out of the Red Pony. Branch doesn’t have to climb up all those stairs and the Ferg can tend bar in Henry’s absence.

Vic and Walt investigate the murder of a young Russian teen who was adopted by two people who probably should never have been parents. Feeling she was a handful, they basically traded her away to a couple they met online. They didn’t vet them or check their credit or anything, just took their word they were experienced with troubled teens. 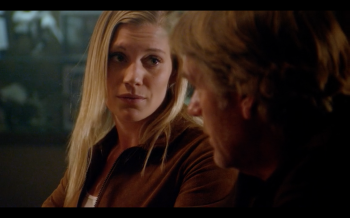 The investigation takes Vic and Walt to Arizona, where they end up staying overnight. This is where the audience is teased with Vic and Walt’s ongoing attraction to each other. As they are chatting at the bar, Vic takes sips from Walt’s beer, not really thinking about what she’s doing. They’re so comfortable with each other that it seems only natural to share a beer. Walt points it out and cue awkwardness.

As they head for their respective adjoining rooms, both are wondering what would happen if either made a move on their feelings. They are away from home and no one would be the wiser. When Vic knocks on the adjoining door, Walt is hesitant to answer, but not that hesitant. He answers and to his surprise Vic is dressed with a message from headquarters that one of the suspects just used his credit card at a motel not 30 miles from where they currently are.

As they try to track down the Gunthers, the couple that the Russian teen was traded to, they find they have up and left in the middle of the night. Walt talks to the guy at the trailer park, but there’s not much to go on. Vic and Ruby start to troll the online chat rooms for parents looking to “re-home” their troublesome adoptive kids. Ruby poses as a parent with a troubled Russian teen hoping to lure out the Gunthers. They do, and when Walt and Vic pose as the couple, they find the same guy from the trailer park is Mr. Gunther! 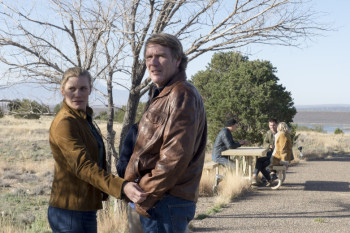 It turns out the Russian teen wasn’t so troublesome but just trying to be a big sis to the other adoptee the Gunthers took in. Promising to return for her new little sis, Sophie, she fights off Gunther and ends up dead. Walt takes Sophie and when she says he reminds her of her big sis, Walt simply smiles and says, “Thanks.”

Great ep, as always. Got a little teared up there at the end when Sophie runs into Walt’s arms. I can’t wait to see what develops between Walt and Vic. If the show follows the books, then there will be a bit of a fling. What about Lizzie? Is she totally out of the picture?

See what Robert Taylor and Katee Sackhoff say about Vic and Walt’s feelings toward each other.