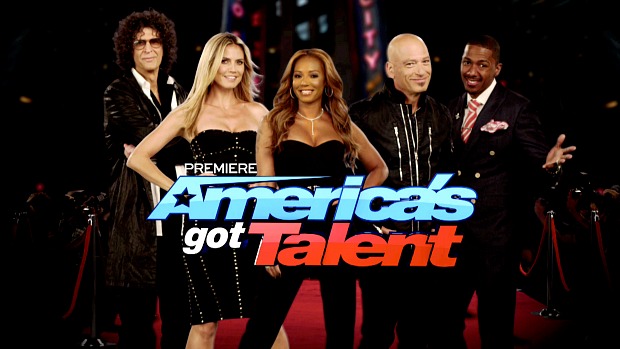 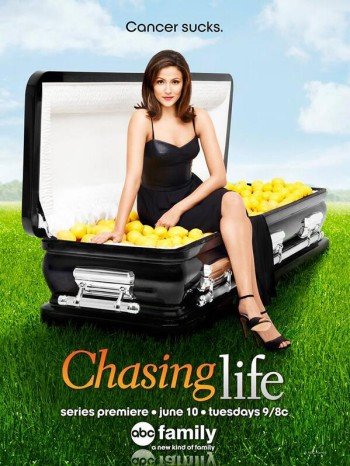 What’s on TV tonight? America’s Got Talent, the series premiere of Chasing Life, and the Pretty Little Liars season 5 premiere. Check out a “Liars”  photo gallery and promo for tonight’s ep. Here’s the rundown.

Famous in 12 | CW
A family move to Los Angeles in an attempt to find fame in the entertainment business in just 12 weeks.

Pretty Little Liars | ABCFAM – EDITORS’ PICK
EscApe From New York: In the fifth-season opener, a wounded Ezra heads the hospital, where Aria stays by his side because his knowledge about “A” puts him in additional peril. Meanwhile, her friends set a trap for “A” and are surprised by who wanders into it.

19 Kids and Counting: A Duggar Leaves Home | TLC
Country singer Amy Duggar, Jim Bob’s niece, recalls her favorite family events and surprises her relatives with the news that she’s moving to Nashville to pursue a career in music.

Chasing Life | ABCFAM
In the series premiere of this drama about an ambitious reporter who won’t give up on her dreams, April gets a chance to impress her boss and her office romance begins to prosper, and then she receives unexpected news: She’s been diagnosed with cancer.

Flip or Flop | HGTV
A Neglected Flip: Tarek and Christina consider buying an Anaheim home even though they aren’t allowed inside the property.

Heroes of Cosplay | Syfy
Animate! Miami: A costume contest in Miami finds Yaya and Co. making friends with the competition over appletinis and chocolate milk.

I Wanna Marry “Harry” | FOX
My “Brother” William: Nine women remain, and one of them uncovers an intriguing photo in Sir’s room, which leads to speculation about his identity. Among the dates undertaken are a yacht cruise down the Thames, a horseback ride and badminton on the estate. Meanwhile, one of the ladies questions her desire to remain in the manor.

Little Women: LA | LIFE
Who Do You Think You Are? Christy and Traci’s bridal battle intensifies when Christy steals Traci’s spotlight at a wine-tasting party. Meanwhile, Elena visits a doctor to find out what type of dwarfism she has and what potential problems might arise during pregnancy. Later, Traci invites the ladies to help her pick the perfect wedding gown, but the occasion gets heated when their tastes clash.

Royal Pains | USA
Smoke and Mirrors: Evan schemes to keep Hank in town in the Season 6 opener. Elsewhere, Divya tries her hand at motherhood, and a party guest has shocking news.

The Real Housewives of New York City | BRAVO
Sex Lies and Facials: A Saratoga trip ends with a wives-gone-wild night on the town. Later, Ramona bonds with Avery before her college departure; Sonja’s facialist spreads gossip to Kristen; LuAnn throws a charity auction; and Aviva hosts an art party.

Storage Wars | A&E
Grin and Barry It: Darrell faces off with Ivy.

Awkward | MTV
My Personal Statement: Jenna and Tamara face the possibility of a future apart.

Chopped | FOOD
Four Fathers: Fathers compete in a battle that begins with them turning fish and potato chips flavored with salt and vinegar into appetizers. Later, a bottle of scotch shows up in the entrée baskets; and rice pudding and pretzels are the featured dessert ingredients.

Fargo | FX
A Fox, a Rabbit and a Cabbage: Lester has an unexpected encounter. Meanwhile, Malvo changes course.

The Little Couple | TLC
Jen’s Big 4-0: Jen gets ready to turn 40 and thinks the family are going to the beach in Galveston, Texas, but Bill has a surprise in store for her milestone birthday.

The Wil Wheaton Project | Syfy
Rise of the Wheatons: Topics include “Cosmos” and “Game of Thrones.”

Playing House | starts at: 10:01 | USA
37 Weeks: Secrets from the past are revealed when Emma organizes a team to help Maggie prepare the house for the baby.

The Night Shift | starts at: 10:01 | NBC
Hog Wild: TC and Paul race to the chaotic scene of an after-dark hog-hunting event that has gone nightmarishly wrong. Meanwhile, a 9-year-old girl arrives for treatment in a case that turns complicated; Drew injures his hand; and Ragosa seeks family counseling.

House Hunters International | HGTV
Captivated With Costa Blanca, Spain: An ice dancer with a limited budget but high expectations looks to escape his busy life in Los Angeles and purchase a place where he can retire in Costa Blanca, Spain.

Faking It | starts at: 10:31 | MTV
Burnt Toast: Karma hides her relationship with Liam at Farrah and Bruce’s wedding. Meanwhile, Amy struggles with her feelings for Karma.