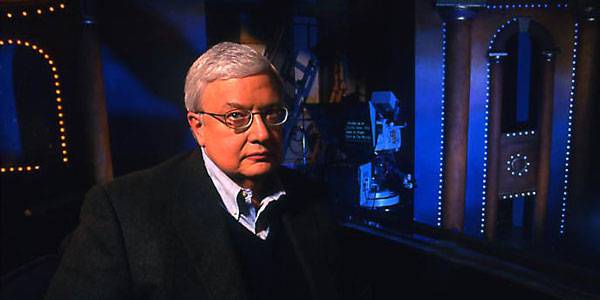 I was one of a small group of journalists at a table this week for an interview with Roger Ebert‘s wife, Chaz, and Steve James, the director of “Life Itself,” the new documentary about Roger. After the photo below are some of the highlights of our conversation.

The film will be available in theaters, on demand, and on iTunes July 4, 2014. BIG thumb up for this one. I learned more about Roger than I ever knew, and it’s an extraordinarily candid portrait. Bring tissues…

Unfortunately, Roger passed away just four months into filming, which means they got less footage of him specifically for the film than they wanted, but the story is real, touching, and inspiring. The documentary includes hilarious outtakes of Roger and Gene Siskel arguing about promos for their television show, as well as interviews with people like Martin Scorsese (who served as an Executive Producer on the film), Werner Herzog, and Gene Siskel’s wife, Marlene.

On their decision to make a documentary about their lives:

Chaz: We are not reality TV people, so no, we didn’t cherish the idea of having cameras follow us around. We had to think long and hard about it. But when we knew that there was a filmmaker of such integrity as Steve James, we knew that the process would at least be dignified.

On why they wanted the film to be a “warts and all” portrayal:

Chaz: If you’re not going to be candid and transparent and allow for access, it’s not worth doing. That’s how Roger felt about films. The films that affected him so much over the years were the ones that really stripped bare and get down to the nitty gritty and see what really makes someone tick. What is the heart and soul? Not the ones that are puff pieces or the ones that are just glossed over filmmaking.

Steve: The journalist in Roger, too, would not want something that doesn’t really try to dig in and get to all sides of who a person is.

On whether Roger got to see any of the film’s footage before his death:

Steve: No. Well, he did see a little bit of footage, but he passed away four months into our filming. My plan with every film, and I did this with Chaz and, of course, with Roger, is that near the end of the process – fairly deep into the ending but not before it’s done at all – is I share the film with the subjects with the idea that I really want them to tell me what they think, ask questions, and make comments.

I’m not bound to respond with suggested changes or any of that, but that process has always made the films better. And it’s always, I think, been part of the trust-building with subjects. They know they’re going to get that opportunity. There’s no secrets here.

It didn’t happen with Roger because he passed away too quickly. Near the end when Chaz and I would speak on the phone and when she was very concerned about his spirits waning – she felt like being in the hospital and rehab was kind of pulling him down in ways – I said, “Maybe I could send him a few comments from interviews that might lift his spirits.” So, I put together three or four comments….

Chaz: And it brightened his day. It did. Thank you.

On Roger’s decision to write about his illness on his blog:

Chaz: He said he never wanted to become the poster boy for anything. I think he wrote about it when it made sense….

One of the articles that I can think about that really resonated with me was when he talked about telling a joke because he was a great joke teller, and he was a great storyteller. And he had such a beautiful voice. He talked about what it was like being in a group of people and not being able to get in right at the right time with the joke. The device that he used as his voice didn’t have the right cadence.

That meant a lot to him. So, he would write about it when it was something that really meant something to him. Otherwise, he said that when he was in that space [writing], he felt like he always felt. He didn’t feel like he was sick. So, he didn’t want to only write about illness.

On the way that Roger reviewed films:

Chaz: He wasn’t afraid to let his emotions show. He didn’t pretend to be just completely objective. He said, “A man goes to the movie, and I have to say that I am that man. How did it affect me, and how did I feel when I was there?”

On the use of a voiceover in the film for quotes from Roger’s book, also titled, “Life Itself”:

I wanted to hear him say, “Hello, my name is Roger Ebert.” I said, “If he can nail that, I think he could do it.” So, we arranged a session in the studio, and he said it. And when he said it, everybody in the room said, “That’s it.”

This is not his natural voice. If you met Stephen Stanton, there’s nothing about him that would make you think he could do a Roger Ebert voice. He can do a lot of other voices, too. It’s not impersonating. He really takes it seriously. He read a lot of things, he looked at scripts, he really did his homework…. He told me that when he goes to parties … and when people ask him to do it, he said, “I refuse to do this as a parlor trick. It means that much to me.”

On Roger’s personal friendships with filmmakers, including those interviewed in the film:

For the most part, most of them weren’t invited to our wedding or when our grandchildren were born. Some of them were, but Roger was always aware of that professional divide.

On whether there were movies that Chaz and Roger disagreed on:

Chaz: The answer is yes. There was. The thing that’s hurt so much over this last year is I didn’t realize how much we agreed on movies because we would only think about the ones that we disagreed about….

He loved it when we disagreed. [To] our grandchildren, he would say, “You don’t have to agree with what everybody says. Tell me what you felt about the movie. How did it affect you?”

Steve: There was one you famously disagreed on.

Chaz: “A Clockwork Orange” because he did not like it. When I first met Gene Siskel – the very first time – Gene always did his homework and did a little research. “This is Roger’s girlfriend I’m meeting. What does she like?”

Steve: Score one for Gene.

Chaz: And then, the other one that Roger loved so much that I just didn’t get. I didn’t feel it here [gestures to heart] until finally, he had me watch it so many times, I finally got why he liked it so much – “Joe Versus the Volcano.”

On Marlene Siskel’s reaction to the film:

She agreed to do this. She told me, “I feel like I have to do this; I just have to” because she knew that the film was going to be also very much about Gene, if we were really going to deal with Roger’s career and the importance of that show.

I so appreciate her candor in the film, and she’s very happy with how the film turned out because I think she feels like it’s honest. I think she was nervous, frankly, about how critical she was about Roger and hoping that we would present that in a way so that you see how she changed her mind about him, and Gene [did] as well.

And for me, that’s one of the most important revelations, if you will, in the film is that someone who is channeling Gene and how Gene felt about Roger when they were not getting along. She’s so important to the film, and to see the way in which she changed her view of Roger in those later years – in big part because of Chaz coming along – is really meaningful in the film. I think she was relieved to see that progression in the film so that people would understand that.

Chaz: And Marlene and I are working on projects together. We say that we are the new Siskel and Ebert.