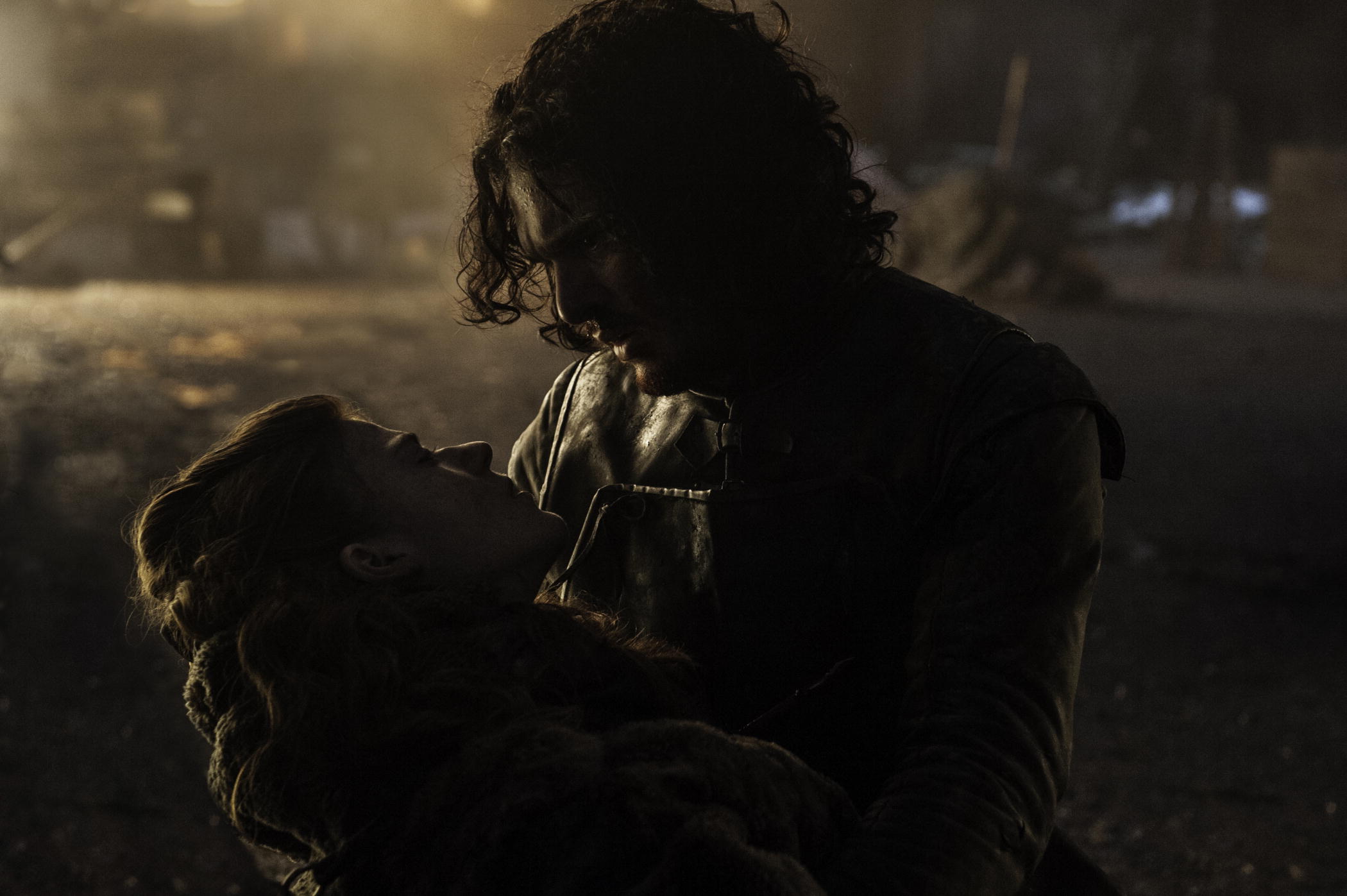 Let’s get ready to RUUUUMMMMBBBBLLLEEE!

This week’s episode of “Game of Thrones” revolves solely around the fight between The Night’s Watch and Mance’s army of Wildings, giants and Thenns.

Sam and Jon are having a little girl talk up on the wall. Sam’s asking about Jon’s experiences with Ygritte. Jon, not being a man of many words, finds it hard to eloquently describe the sensations he had when he was with Ygritte. Sam points out the Night Watcher’s oath doesn’t actually forbid ‘relations’ with the opposite sex, it only says a brother of the Night’s Watch will not marry nor will he father a child. Loophole! 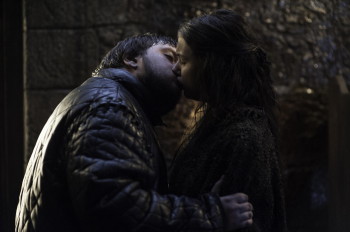 The girl talk continues in the library with Sam and Maester Aemon, who we find out is a Targaryen and gave up his right to be king. The blind Maester makes Sam own up to his feelings about Gilly. He may be blind but he can clearly see that Sam is in love with Gilly. He sends Sam off to bed, but as he heads back to his room, Sam sees Pyp arguing with someone on the other side of the gate. It’s Gilly! It’s unclear how Gilly was able to circumnavigate around a hundred thousand freefolk chomping at the bit to get into Castle Black without being caught, but she’s there and Sam has no intention of letting her go. #awwww

The horn sounds the warning of an imminent attack. As the brothers of the Night’s Watch prepare, Sam hides Gilly away under lock and key, kissing her before he leaves. #doubleawww

Pyp is a bundle of nerves and it is Sam who calms him down and stands by his side during the fight. Unfortunately, Pyp’s middle name must be “Redshirt” because he takes an arrow in his neck, but is comforted by Sam during his last minutes in this world. 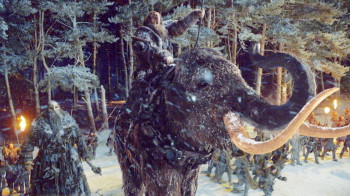 The Wilford Brimley-looking giants make their way through the outer gate, but Jon sends six of his men with orders to hold the inner gate.

While Ser Alliser rallies his men and joins the fight, his cowardly second-in-command runs away and hides – in the same place where Gilly is.

Sam tells Olly to get him to the top and then gives him an order to find a weapon and fight them. He retrieves Jon and more brothers to join the fight down below.

Ygritte makes her way into Castle Black, taking out as many as she can. She finally comes face to face with Jon, who has just killed a nasty Thenn. With an arrow pointed at him, she hesitates. He may be without a sword but the guy is hardly unarmed as he flashes a smile at her and she melts, just a little. The momentary hesitation costs her though, as an arrow impales her, shot by young Olly, whose archery skills he bragged about but never had a chance to show off until now. Olly’s father was killed by Ygritte when his town was raided earlier in the season, so Olly not only made a pivotal kill he was also able to exact revenge for his father. It’s ironic and bittersweet. Jon holds her, grief-stricken. He knew one of them would have to die, didn’t he? With her last breath, Ygritte says, “You know nothing, Jon Snow.” 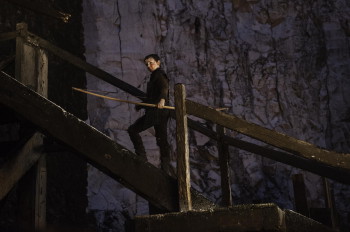 The Night’s Watch succeeds in holding Castle Black for the day and they’ve captured Tormund for questioning. Jon figures they can hold the freefolk off for a couple more, but they’ll never outlast Mance’s army. So Jon decides to sacrifice himself by going beyond the Wall to hopefully begin talks and perhaps have both sides find some common ground – peaceful grounds.

Next week is the season finale (already?!)! I don’t want it to end! Say it ain’t so! It’s been two weeks without some Pod action so I hope we get a little glimpse of #Podrienne before the season ends.

What did you think of this week’s episode of “Game of Thrones”? Tweet us @BeTheBuddha and @ReelLifeJane with your thoughts and comments!