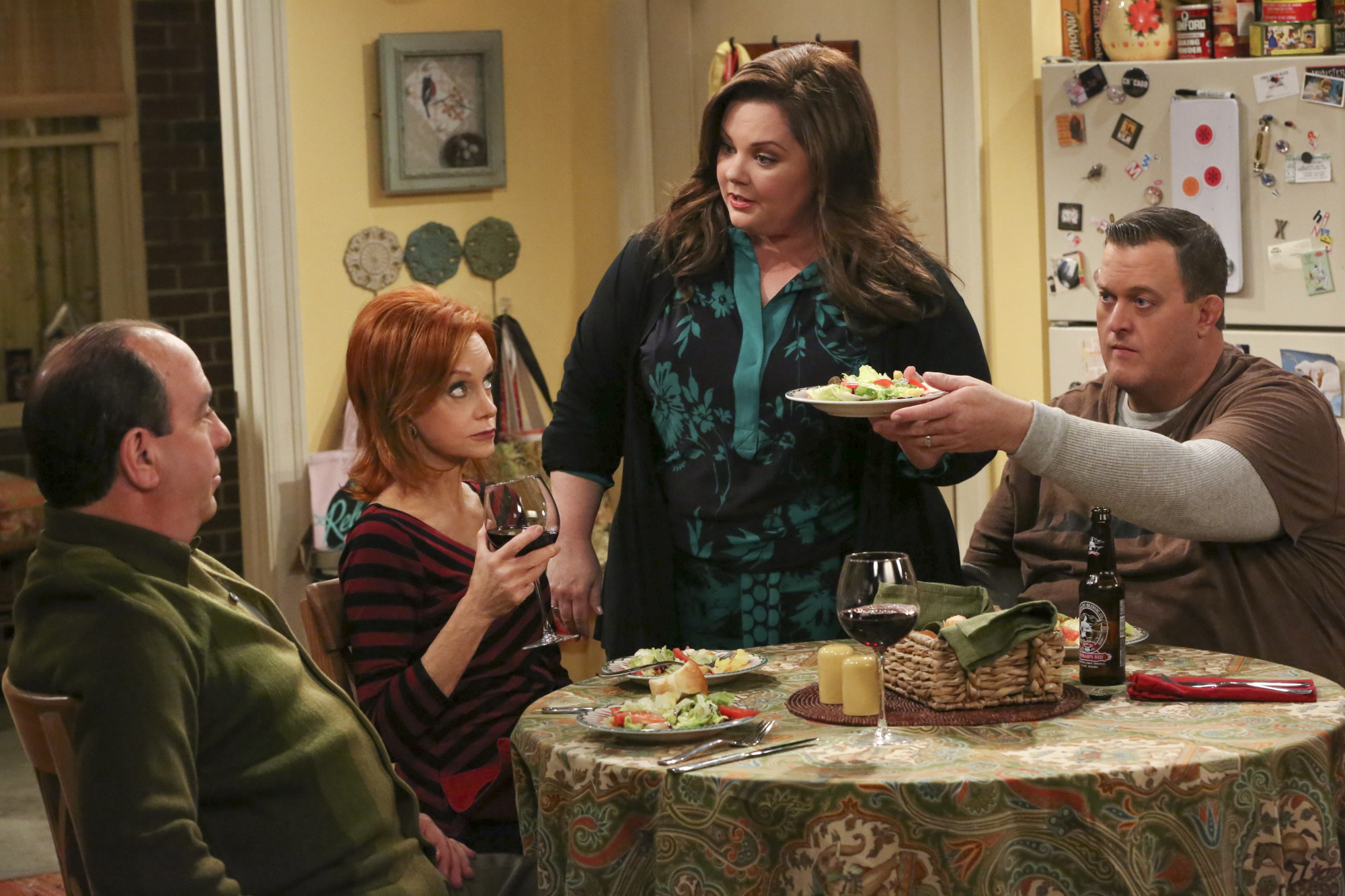 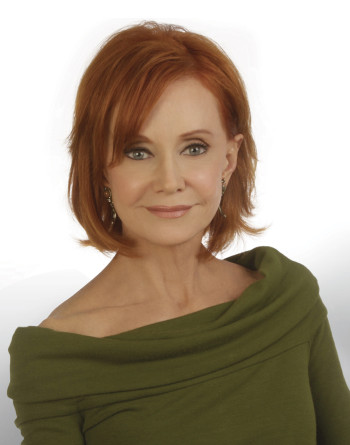 “I’ve certainly never played a character like her,” says Kurtz. “She’s a loving mother who is self-absorbed and enabling, yet confident. She feels that she is her daughter’s age and probably shops at Forever 21. She’s fearless and has no hesitation passing sexual advice on to her daughter.”

There hasn’t been such a fun character on television like Flynn since Rue McClanahan’s portrayal of the sexual, man-loving Blanche Devereaux on “The Golden Girls.”

“Joyce liberates me so. She says and does things I would never do,” says Kurtz. “I salute Chuck Lorre and the “Mike & Molly” creators for writing a woman like her in this age range.”

In the first line of her recently released autobiography, “Part Swan, Part Goose, An Uncommon Memoir of Womanhood, Work and Family,” Kurtz writes, “There are two time-honored professions in which the first thing you do when you get to work is take off your clothes. I’m in the other one.”

Although Joyce Flynn would probably wish Kurtz was talking about the oldest profession in the book, Kurtz was describing her amazing acting career and the many characters she has portrayed. She takes readers on a sentimental journey of her life, from her birth in 1944 to Margaret and Frank Kurtz (yes, Swoosie is her real name) through her decision to leave college to study acting.

“Back then, you either got married and devoted yourself to your husband or you had a career,” she said. “My dad taught me that I wanted to accomplish things out in the world. I was clear that I was passionate about what I wanted to do.”

Kurtz has gone on to win five Tony awards and eight Emmy Award nominations, one for her portrayal of the memorable Alex Reed Halsey on the 1990s NBC drama “Sisters.” When that show was over, Kurtz was ready to move on and put on the clothes of another character.

“There’s a mourning period which you have to allow yourself when a show comes to an end,” she says. “The only cure for that is moving on immediately to something else. With a Broadway play, sometimes it just doesn’t run long enough, and it’s heartbreaking because it’s a shorter time that you’re involved. With ‘Sisters’ I was ready for it to be over. I loved it, but it was a long haul.”

Kurtz went on to appear in, among other things, the television shows “Huff” and “Pushing Daisies” and the major hit comedy “Liar Liar” with Jim Carrey. 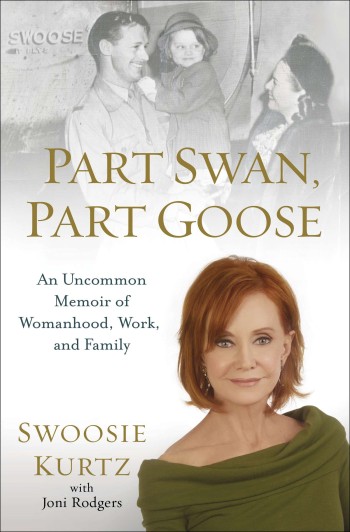 “When I grew up, I never realized how brilliant Jerry Lewis was, and Jim is a genius in that same vein,” says Kurtz. “He’s all about the work, there’s no star trip there whatsoever. He lived in a car when he was a kid and had a hard road. He worked on his material and would shoot an exchange of dialogue, but he didn’t want to cut. He wanted to do the same lines over and over and make it the best comedy he could. He’s so disciplined.”

Yet the most interesting and emotional aspect of this celebrity autobiography is that Kurtz also weaves in the love and trials and tribulations of taking care of her mom, Margo, who is approaching her 100th birthday.

“Writing the book was the most excruciating form of self-excavation and self-therapy,” she says. “It was intense. You are reliving it as you’re telling it. It’s also exhilarating. It took about a year and a half, and I had shards of post-its and memories and thoughts, but my ghostwriter Joni Rodgers is brilliant. She had a vision for how to put all of these crazy thoughts together. She also talked about using excerpts of my mother’s book, “My Rival, the Sky,” from 1945 and comparing the choices we made at different ages.”

The book chronicled their lives up to the time that Swoosie was born. Now 69, Swoosie says she’s still trying to figure out what else she wants to do. “I feel I should have a more specific vision, but I don’t,” she says. “I love musical theater, but it’s not tailored for my voice. I’m also not Patti Lupone or Kristen Chenoweth.”

But alas, Ms. Kurtz, they aren’t you either.

For now, she’s enjoying her role as Joyce Flynn on a show that she says, in her book, “had the potential to go the distance … Ready to wrap up the third season of ‘Mike & Molly,’ I believe this one could last even longer.”

“Part Swan, Part Goose, An Uncommon Memoir of Womanhood, Work and Family,” by Swoosie Kurtz with Joni Rodgers can be purchased through Amazon.com.