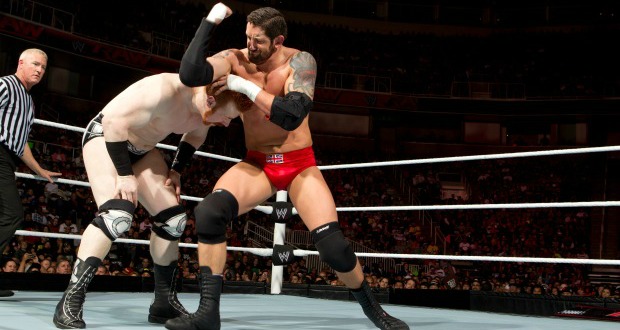 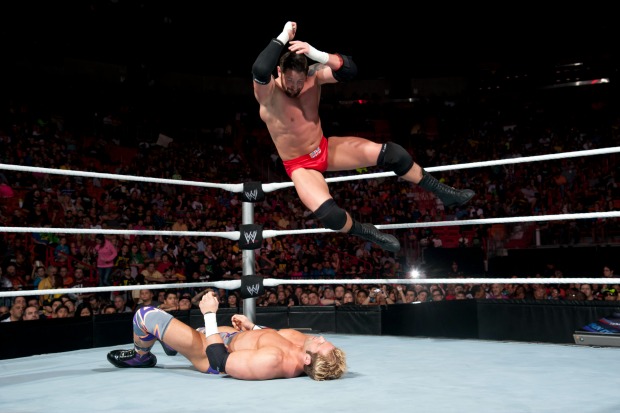 There have been many popular catch phrases in the WWE including “Do you smell what the Rock is cooking,” “Because Stone Cold Says So,” “Whatcha gonna do, brother?” and of course Daniel Bryan’s chant of “Yes, Yes, Yes…”

Now you can add Bad News Barrett’s “I’m afraid I’ve got some bad news!” to the list. 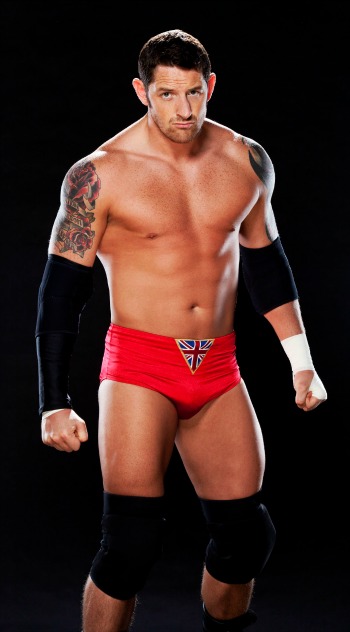 he Intercontinental Champion’s put downs have become a growing audience favorite, and ‘Bad News’ can be seen on tonight’s WWE Pay Per View, “Payback,” as he defends his title against challenger Rob Van Dam. He admits his career has been up and down since coming into the arena as the WWE NXT champion in 2010.

“My career has been a rollercoaster,” says Barrett. “I came in on the top pay per views, fighting John Cena and Randy Orton, and then there was a dip in my fortunes. I try not to get too overexcited about my success right now, but I’m going to try and go as long as possible with it.”
This is Bad News’ fourth Intercontinental title reign and, of course, he aims to retain it against Van Dam. “He’s a tough guy and he’s been around the block a few times,” he says.

Interestingly, this PPV may not include a WWE championship match, as the current title holder, Daniel Bryan, is out recovering from real-life neck injury. Bryan will be in attendance at the PPV, as storyline dictates that he must either relinquish the belt or diva Brie Bella (his television and real-life wife) will be fired.

“There’s never been an English world champ before, even with the likes of William Regal and Davey Boy Smith,” says Bad News. “It’s my career aim now to make that statistic right. I’ve fought Bryan in the past a few times and he’s a great champion, but he can’t wrestle now. Who best to come along and pick at the bones, but Bad News Barrett.”

Other Payback matches will include Hornswaggle vs. El Torito in a Hair vs Mask Match, Paige vs. Alicia Fox in a Divas Championship Match, Shaemus vs. Cesaro in the United States Championship match, John Cena vs. Bray Wyatt in a Last Man Standing Match, and The Shield vs. Evolution in a No Holds Barred Elimination Match.

The pay-per-view begins tonight at 8 ET/5 PT. The Mask vs. Hair Match begins on the WWE Payback Kickoff at 7:30 ET/4:30 PT. For more information, visit wwe.com.

For the complete interview with Bad News Barrett, visit www.blogtalkradio.com/sportspalooza.