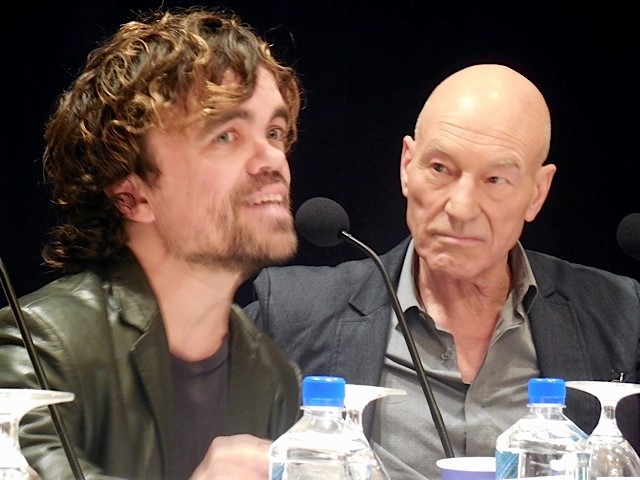 “X-Men: Days of Future Past,” the seventh installment in the hugely successful franchise based on the Marvel comic books – and the third directed by Bryan Singer – opened Thursday night and, unsurprisingly, vanquished the competition.

As of Monday morning after the long Memorial Day weekend, the 20th Century Fox mutant adventure earned an estimated $91.4 million domestically and a phenomenal $171.1 million overseas, according to Box Office Mojo. The film’s budget was $200 million.

The latest superhero adventure takes off when Kitty Pryde (Ellen Page) transports the ageless Wolverine/Logan (Hugh Jackman) back to 1973 where he wakes up naked next to a beautiful woman with Roberta Flack’s “Killing Me Softly” on the radio and thugs ready to pounce. But he’s on to bigger things. He is on a time travel quest to change history and prevent the invention of human-designed, mutant-killing robots called Sentinels, designed by the wonderfully named Bolivar Trask, a villainous mutant-hating arms manufacturer, played with great glee and oiliness by the excellent Peter Dinklage.

The action is set against historical events and people like the Paris Peace Talks at the end of the Vietnam War and an oddly revisionist good-guy Richard Nixon (Mark Camacho), which gives the story some realistic social and political context. Although dark and intense, “Future Past” has many playful touches and slapstick moments between the main characters, especially Jennifer Lawrence, as the shape-changing, extremely angry Mystique/Raven. But the relationship most in focus is that between Professor Xavier (James McAvoy) and Magneto (Michael Fassbender), played as older men by Patrick Stewart and Ian McKellen respectively, who have moral and political differences, especially when it comes to their attitudes towards human.

At a press conference for the film recently in Manhattan, Jackman, Fassbender and McAvoy promoted the film. The trio had an easy-going camaraderie and the mood was light. Also participating from the film were actors Page, Stewart and Dinklage, along with screenwriter/producer Simon Kinberg and producers Lauren Shuler Donner and Hutch Parker. (The director, who is in the middle of a legal controversy, didn’t attend and wasn’t mentioned.)

Here are a few highlights from the “X-Men: Days of Future Past” press conference:

Ellen Page on her scenes with Hugh Jackman, where she holds his head and transports him back in time.

It required a lot of focus … I was in a confined space with just unbelievably extraordinary actors, and so one minute I’m watching Patrick deliver a monologue over and over and over again and it was just blowing your mind and you’re just inspired by it completely, and then the next, you’re spending your day with the loveliest human beings who are sweet and generous and funny and just make every day a joy.

Stewart and McAvoy on playing the same role, their older and younger selves, in one scene where they are head to head positioned so close to each other physically.

Stewart: In a sense, it was a no-brainer how it was staged. If it had been set where we could have gone for cocktails, opened the window, had a cigarette, then it would have been a very different scene. I’m not quite sure how it came about that we were nose to nose like that, but I can’t now think of any other possible way of making the scene work, because you are looking into the eyes of yourself. It was James’s first day of work on the movie, and it was my last day of work on the movie. My bags were packed. I was ready to get out of Dodge … I don’t recall rehearsing it. Do you?

Stewart: We did the lines and they rolled the cameras. It was forty minutes work, as far as I can recall. I shouldn’t have said all that. I should have said we worked on it for weeks … but it actually wasn’t like that at all.

McAvoy: I’ve been a fan of Patrick’s for many long, long years … I watched him for seven years on “Star Trek,” and so getting to come and do my version of a character that he’s been in charge of for 14 years at his face was quite nerve wracking … (But) you’ve got two choices: you either get nervous and let it overcome you or you get quite excited by the fact you might feel something.

Screenwriter Simon Kinberg on the challenge of a script with so many lead roles.

That was one of the biggest challenges, just keeping all of the characters straight in their own stories, and making sure that everybody had their own emotional arc over the scan of the movie, sometimes telling in each scene a progression of that character’s story.

I had coded note cards on the wall, different colors for each character … that kept it straight for me because I could look at the board and see each of their stories broken up separately.

The actors on how they coordinated with the actors who played their older and younger selves.

Stewart: It made me feel that I’d really like to go back and shoot all the other movies again, now that I know exactly where I came from … I could get so much more James McAvoy into that performance. [Everyone laughed.]

McAvoy: I think everybody needs a little James McAvoy in them … I don’t understand why you’re laughing.

We didn’t talk about it at all, but again, I’ve been watching you for years … I think I know him quite well in terms of a performer, anyway, but the key thing was watching the empathy that pours out of you in the previous movies, and I hoped in “First Class” (2011) to be able to emulate that, particular because it’s sort of the prime characteristic of the Professor, this willingness to reach out and help and touch.

Fassbender: I didn’t get to talk to Ian actually until Comic Con, and we sort of kept missing each other. But for this one, I spent more time, and I had basically this thing on YouTube, which was Ian McKellen in the 70’s doing “Macbeth,” and it ran for about 10 minutes … I was just sort of playing that over and over again and just getting the rhythms and tones of his voice. Then we finally did get to meet at Comic Con, which was great but, unfortunately, I didn’t have a scene with him.

On the anger, rage and pain their characters experience in the film, in which some of them get killed and pulled apart, and the challenge of portraying those emotions.

McAvoy: The point of going back is to show how different people are and so that the audience can be there for the key turning points in their lives when somebody goes through the Crucible and somebody is galvanized, somebody has fallen, and somebody becomes who they will be, so you’ve got to hang around for the worst moment that’ll kill you or make you stronger. What’s interesting in this movie is that lots of people do get killed, they don’t get made stronger, but [go through this] in the aid of saving the future and somehow altering that past, and that’s kind of dark and amazing.

Kinberg: One thing about telling a story with this many characters is you do actually have to choose a protagonist. You have to choose that one person … The core of the film was young Charles (young Professor Xavier) for me writing it. It was really the story of a guy who starts the film without hope, ending the film with hope. And once you know that that’s the arc and they’re going to end the film in a hopeful place, all of the darkness and all the trauma they go through, you know it’s going to arc them out to a safe and happy place at the end.