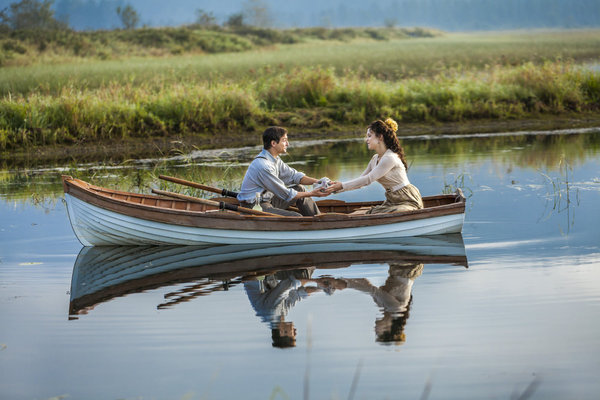 Hallmark Channel announced today that its original scripted series, “When Calls the Heart,” has been renewed for a second season.

READ: All Our “When Calls the Heart” Stories, Interviews & Recaps

Based upon a series of bestselling novels by Janette Oke, “When Calls the Heart” follows the city-bred Elizabeth Thatcher (Erin Krakow) as she takes a teaching post out in the remote town of Coal Valley. She almost immediately butts heads with Jack Thornton (Daniel Lissing), the town’s constable, though the two find more common ground as they spend more time together.

Congrats to the cast and crew on Season 2! I for one am beyond excited that this series will continue.