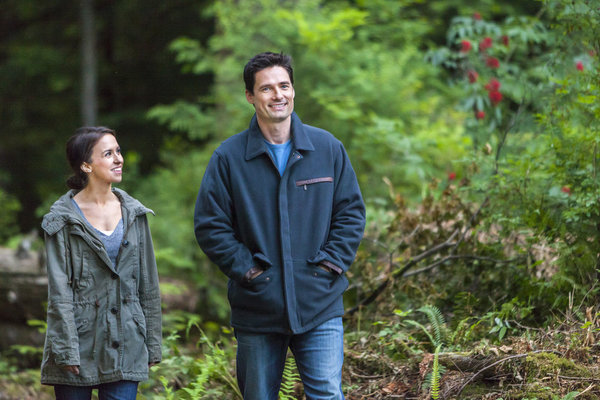 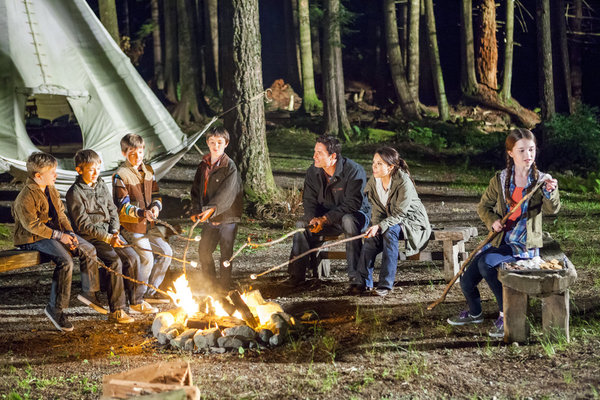 It’s hard to say how someone will react after a loved one dies, especially when it’s your spouse. “The Color of Rain” tells the true tale of Gina Kell (Lacey Chabert) and Michael Spehn (Warren Christie), two 30-something parents who both find themselves widows after their spouses die from illness.

When Gina loses her husband after a prolonged battle with cancer, she tries to boldly carry on, putting on a brave face for her two sons while she mourns the loss of her husband in private. A couple months later, Michael loses his wife mere weeks after she falls ill one day. Gina, whose husband knew Michael’s wife since childhood, offers up some advice to help get through the grieving process. The two quickly become friends and soon love blossoms between them. 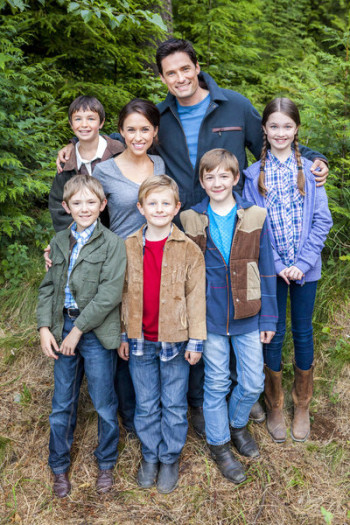 The relationship is questioned by friends and family who think the two are moving far too fast, not allowing enough time to mourn for the respective spouses. But when you have five kids between the two who actually all get along (and break out into song, in one instance) and an undeniable attraction as well as common ground, love finds a way to shine down and guide them through their darkest times.

Gina Kell Spehn and Michael Spehn co-wrote the bestselling book “The Color of Rain” on which the movie is based, chronicling their experiences finding faith, love and hope in the midst of such tragedy.

When asked about the writing process, Michael Spehn said, “I think we learned things about each other’s lives that we didn’t know. I think Gina learned a lot about my childhood and my origins. And one thing that was a genuine blessing to me was to literally get to know Matt Kell in a way, intimately, through the eyes of his wife, in a way that I would never have been able to. So that was a genuine privilege.”

The film is typical Hallmark fare, but it’s nice to see life does go on after tragedy strikes and that a happy ending can happen outside of the cineplex.

“The Color of Rain” premieres Saturday, May 31 at 9/8p EST on the Hallmark Movie Channel.