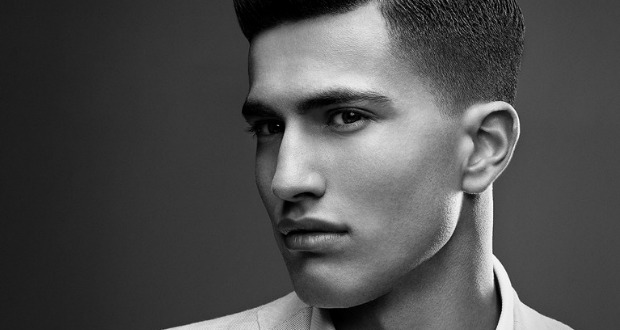 You think you’ve heard everything there is to hear, and along comes the American Crew All-Star Challenge. It’s an annual global competition that recognizes the best men’s hair stylists in the world — although also seems to incorporate wardrobe.

We’re pretty far removed from the world of male pomades, colognes and grooming sprays around here, so it’s all quite fascinating.

This particular challenge is widely considered to be one of the top men’s grooming competitions, so apparently, there are others. The All-Star Challenge focuses on the art of men’s grooming – “creativity, technique and one’s interpretation of masculinity in the modern world,” says the press release.

The winner is Jerome Kantner of Mainz, Germany. I’m not sure if this is him or his work, because the photo credit says “Hair by Ireland Finalist Paul Mac.” At any rate, he does look fine, doesn’t he?

I feel like this guy would not survive in northern Michigan, or at least look this well-groomed for very long.

“American Crew recognizes that grooming is one of the oldest historical art forms,” said David Raccuglia, founder of American Crew and a judge in this year’s competition. “The competitive arena that we create for these exceptional talents drives the trends and fuels inspiration for hairdressers everywhere.”