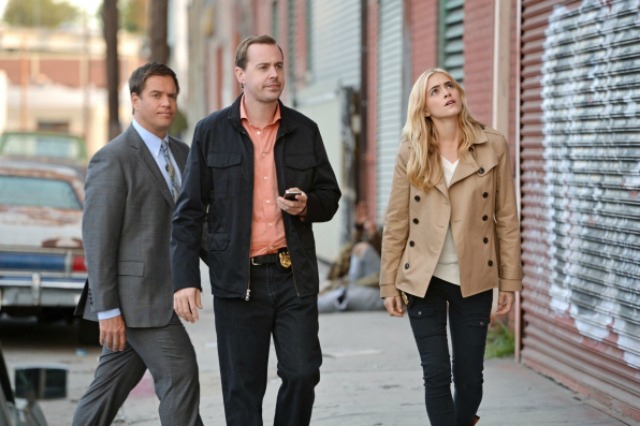 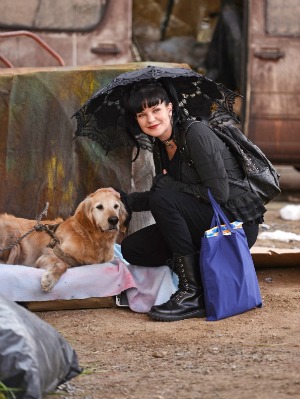 Either fortunately or unfortunately (that’s for you to decide), I don’t think I have a lot to say about this episode of “NCIS.” I thought it was good. I thought it was interesting. And that’s it, really. So, let’s just go through the episode’s events.

Marine Staff Sergeant Martin Roe, a.k.a. Shooter, a photo journalist, was at the scene, and took a picture, when Army First Lieutenant Michael Water seemingly shot an unarmed Afghan civilian. While Water claims he thought the man was Taliban, Roe felt sure about the fact that it was a revenge action. Roe was supposed to testify at the Court Martial but did not show.

While watching that first scene, I realised that I’d never really thought about the fact that there’s people that go into war zones just to take pictures.  That’s mind boggling to me.
The person benefiting the most from Roe not testifying is, of course, Waters, making him the first suspect. Gibbs questions Waters and obviously does not trust the guy, but they have absolutely no proof against him.

Meanwhile, Dinozzo and Bishop search Roe’s home. Tony finds a threatening note and Bishop finds a syringe and spoon which, Abby finds out, contain traces of heroin. She also finds Roe’s DNA on the needle. The task force commander says there is absolutely no way that Roe was using drugs.

The team also found out that Roe was recently working on a piece about homeless veterans in D.C. They go through his pictures and find that most were taken in the same area. There’s also one homeless man with a dog that appears in many of the pictures. The “NCIS” team visit the area to see if they can find Roe. And they do — in an abandoned building, they find Roe’s body with  a syringe in the arm. Roe’s death looks like a suicide, but Ducky and Abby find high concentrations of chloroform residue on Roe’s nose. He would have been unconscious when someone gave him a lethal injection of heroin.

Gibbs is still mostly focused on Waters and his group, because with the key witness dead, the charges will likely be dropped. Waters is the only one they know with motive to kill Roe. The JAG lawyer, Major Hopkins, is being extremely uncooperative, which doesn’t exactly help to make them look better.
Gibbs is also set on finding the man from the pictures. He is likely to have seen Roe around recently. Abby turns out to “know” the man. She feeds the dog every week. She knows the man as Blue, a navy veteran.

When they send McGee undercover to find Blue, another homeless man tells him that he heard a rumour that Blue is dead. This is later confirmed. He died at a clinic, due to a heart attack, only one day before the estimated time of Roe’s death. This makes the team want to investigate Blue’s death and a possible connection. After all, rule 39 states that there’s no such thing as a coincidence.

Blue dying of a heart attack seems legit, but Gibbs still tells Ducky to get a hold of the body. Good thing he did, because he discovers Blue’s kidneys are missing! The black market for organs is apparently big business. One kidney can be worth as much as $120, 000 USD. Who knew? Not that I plan on making use of this knowledge.

Obviously, the attending physician at the clinic, Dr. Novak, is the main (and only) suspect in this case. When they bring him in for questioning, he quickly admits he did it, but also says he was blackmailed into doing it — by Davis, the clinic director. He also tells them that Roe had been suspicious when he came in to pay his respects, because the body was still on a ventilator. Davis had told Novak not to worry, he’d take care of the problem.

And so it came out that the most likely reason for Roe’s murder was not the reason at all. I love that.

“NCIS,” like most shows, likes to add some positive stories as well. This week, that was Emma’s story, a young homeless girl who was taking care of Blue’s dog and who Abby convinces to go back home. And, of course, there was Ducky taking care that Blue, who would be buried with military honors, next to Roe.

Now, one other thing I have to mention is what happened on this “NCIS” episode’s IMDB page in the past week. There were sudden rumors about Tony possibly calling Ziva because Cote de Pablo was listed. Ziva David (voice), it said. I, too, was one of those people that got all excited. Until I was told by a friend that it wasn’t true. I don’t know what happened there, whether it was someone who thought it was funny to put her name there, on that website where everyone goes to check the cast for each episode. Personally, I think this would be extremely sad. Or maybe something else is going on … Last night, I checked the page again and Cote’s name was no longer on the list. But guess what it said now? “Lauren Holly  – Jenny Shephard.” That’s just ridiculous. Seriously, is this supposed to be a joke or what?

What I do know, and just have to say, is that I think it’s very weird that CBS did not react to this. I mean, I’m sure they caught on to the rumors. Why not immediately send out a tweet that it’s not true?