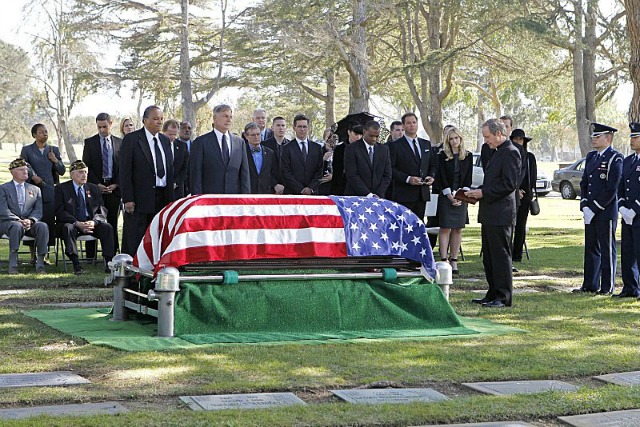 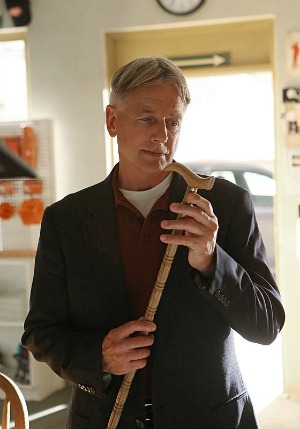 “Honor Thy Father.” The final episode of the eleventh season of “NCIS.” Where do I begin? It was not at all what I expected it to be. That is both positive and, at the same time … well, not necessarily negative, let’s call it uncertain.

The episode starts with the team catching a burglar and with a fire on a navy ship. And, unfortunately, with Gibbs receiving a message about his father having passed away.

The fire on the ship was no accident. The USS Niagara carries prisoners and a CIA team, led by Sandra Jenkins, and was conducting on board interrogations. Jenkins tells them that most of the prisoners were captured based on intel from the interrogation of Benham Parsa. Parsa? Yes, him again.

If you remember, we were introduced to Parsa at the end of season 10, and the story continued into season 11. However, after failing to catch Parsa at the start of the season, they got back to the case in January and February (episodes 12, 13, and 14) when they were able to catch Parsa but not all his men. Tony wants to call Gibbs, who has gone to Stillwater to take care of, and attend, his father’s funeral. Vance, however, stops him, saying that Gibbs needs time and if anyone would call him, he’d be back before lunch time.

Two prisoners escaped on an RIB (inflatable boat) during the fire. One of these prisoners, who had no ties to Parsa, is found dead after Abby is able to narrow down the search area and locate the RIB through satellite image. The other one is Lateef Mir. He is one of Parsa’s men, a member of this group called the Brotherhood of Doubt, which we first learned about at the start of the season. Jenkins says it’s unlikely that the Brotherhood is behind the fire because they were financially ruined when “NCIS” caught Parsa. Hansur, another of Parsa’s men, does release a video, however, in which the Brotherhood claims responsibility for the fire and prison break.

The agents are warned that Lateef Mir is highly skilled at changing his appearance. After they find the RIB, Abby finds hairs. They indicate that Lateef shaved his head and beard and also used bleach, as she finds a bleached eyebrow hair. Abby constructs a new composite of what Lateef might look like now and adds it to the BOLO. Sure enough, someone saw him go into a bar, go into the back, and leave. Which bar? The Green Star. The same one where they caught the burglar, Levinson, at the start of the episode.

Tony gets Levinson to talk and finds out the money he was taking from the bar’s safe was payment for a job he did. He was told to place three untraceble guns in the safe. He was paid half before, and half after doing the job. He says he doesn’t know who the guns were for. A woman dropped off the upfront, a hispanic woman with a baby. Apart from that, all Levinson knows is that he got the job from a man he met in prison, Alejandro Rivera.

Now, even before Tony’s stunned look, I remembered we’d met Alejandro before. I paused the episode here. It was pretty much the last thing I expected and thought it was so exciting that I had to tell a friend before I continued watching. I still cannot believe they brought back this bad guy from four years ago! And through this case, they linked him with the main bad guy from the past year. I do feel like it’s the right thing to do to mention Marco Sanchez here, the actor who plays the part of Rivera. So awesome that he came back after all this time.

It turns out that the owner of The Green Star is Rivera’s second cousin and, of course, he was in on all of it. The hispanic woman with the baby is Leticia Gomez, who met Rivera about eight years ago and has been doing jobs for him since, for the money.  She tells the “NCIS” agents that Rivera has a network outside; the Reynosa cartel. Our old friends who tried to kill Gibbs at the end of season seven/start of season eight. He even hooked them up with some people he knows in the Mexican government to make the cartel stronger. She also says that all he could talk about lately was Parsa. After “NCIS” caught Parsa, Rivera contacted the Brotherhood and used cartel money to help them. They “had an enemy in common.” Lateef Mir was ordered to find and kill Gibbs.

In the meantime, Tony has called Gibbs, ignoring Vance’s orders. Understandably, he felt Gibbs needed to know, since Rivera coming after Gibbs was always personal. Gibbs comes back to D.C. right away. Mir is at his house, but Gibbs notices his presence before he shows himself and kills him before the guy even has a chance.

Hansur’s compound in Pakistan is blown up and it is believed all the men were killed. The CIA followed Rivera’s funding trails to it. Gibbs visits Rivera in prison and shows him the satellite images of the attack. Rivera is not amused. Not about the attack, and especially not about Leticia giving him up. His sole purpose in life is to kill Gibbs, and he has failed again.

A slight shock when it turns out the man in Gibbs’s house was not Lateef and the real Lateef shows up in Stillwater, attacking Gibbs in his father’s garage. But Gibbs won the fight without much trouble.

So … case closed? All solved? It seems like it, but I can hardly imagine. And this is what I meant at the start when I said things weren’t as I expected and I’m uncertain as to how I feel about it. I liked the unexpectedness of them bringing Rivera back. But if that story really is finished already, within this one episode, I’m disappointed because they could have, and should have, done more with it.

The weird thing is that this was the season finale. Usually, there is a cliffhanger, there will be an ongoing story arc that’s picked up again in September. There’s no sense of that now. Part of me thinks that Rivera will be back. Seriously, what would be the purpose of bringing someone from four years ago back, for just one episode. But you never know. I’m curious to know what will happen next season, but I’m not on the edge of my seat and already anxiously waiting for September like I was in the years before.

Lastly, I want to talk about Jackson Gibbs, special agent Gibbs’ father. Since the actor, Ralph Waite, passed away, everyone knew this moment would come. I’m glad to say that I think they dealt with this very elegantly. Waiting until the end of the season honored Mr. Waite in a special way. And Gibbs’ flashbacks to his childhood and to the first time we met Jackson back in season six, were really very nice, in my opinion. I still love the moment when McGee and Ziva were in Stillwater with Gibbs and were introduced to Jackson. And mostly when they called Abby and Tony: “Gibbs has a father!” This episode first told us more about where Gibbs is from, and I adore learning more about all the characters’ backgrounds.

I loved Gibbs remembering building a small, wooden boat together with his father, that they named after his mother. She then told him that his grandfather used to say that people who had a boat named after them live forever, because water never forgets. This one little thing, after all these years, makes it so much more significant that the boat Gibbs built in his basement was named Kelly.

My favorite thing was when Gibbs met Cal Frasier, his father’s help at the store. Cal tells him that Jackson saved his life by hiring him. He was headed down a bad road and Jackson was the first to care enough and call him out on it. The quote, which supposedly was a line often said by Jackson, was perfect. “The world is bad enough as it is. You’ve got no right to make it worse.” I can just hear him say that.

Gibbs starting on a similar little boat for his father was also a very nice thought. It makes me wonder whether he makes one for every loved one who’s passed away.

Your thoughts on the season 11 finale of “NCIS”? Leave comments below.