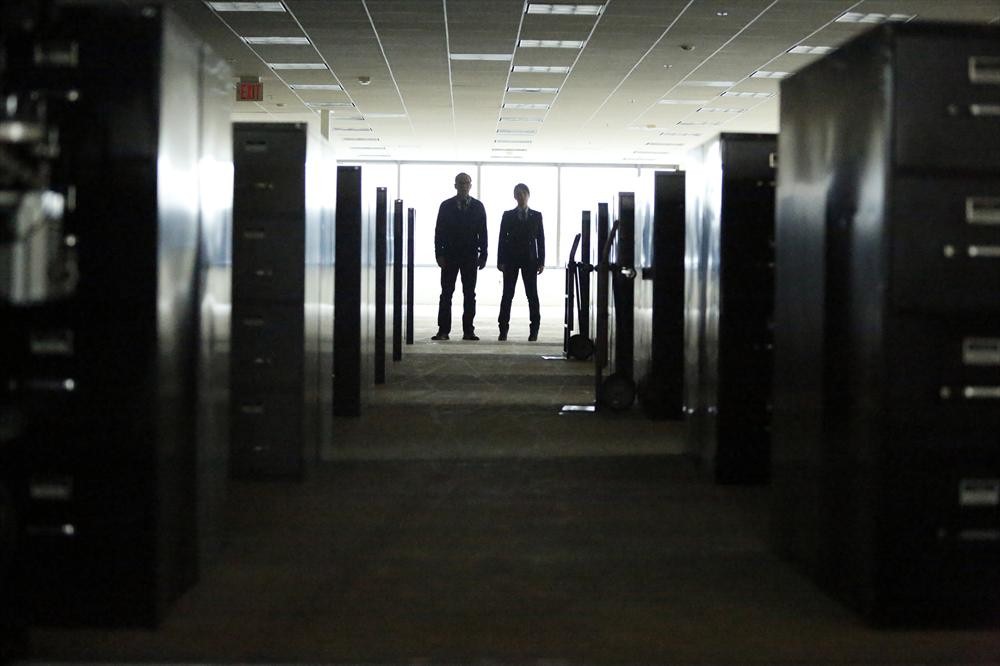 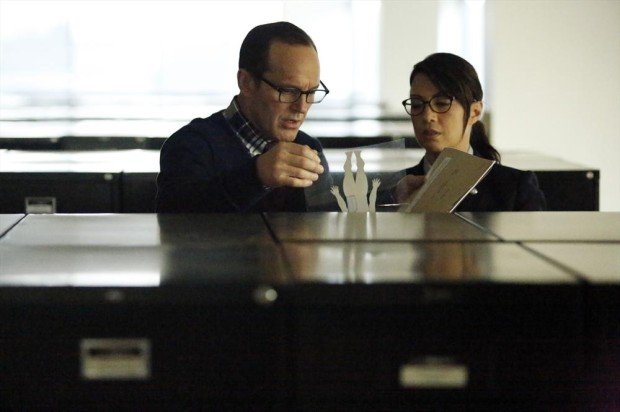 There was a lot going on during this week’s episode of “Marvel’s Agents of SHIELD,” titled “Ragtag.” I’m bound to get some facts wrong, so feel free to correct me in the comments below.

We spent a good portion in flashback mode to see Ward’s past and how he got involved with HYDRA in the first place. Garrett visits Ward in juvy jail to offer him a chance to escape. Ward’s there because he set fire to his home with his older brother still in it. He’s up on charges of arson and attempted murder, and his older brother is petitioning the court to have him tried as an adult. He agrees to the offer, and Garrett has him busted out of jail only to drop him off in the middle of nowhere (well, Wyoming) with essentially nothing but a beautiful dog named Buddy.

Ward ultimately survives for six months before Garrett returns for him. Surprisingly, Ward hasn’t gone Ted Kaczynski being alone in the woods for that long, but since he really has no one but Garrett, he takes the tutelage he is offered and learns to shoot and kill like a military sniper.

Considering Ward’s brother didn’t die in the fire and presuming he is still alive, will we see him in Season 2 return to torment little baby brother Grant?

Our gang at the Motel 6 plot away in their interconnected rooms. (I wonder if the manager left the light on for them?) We learn that Skye has planted a Trojan Bunny, neigh, Horse onto the hard drive Ward has, but they need to plug the rest of the program that’s on her flash drive into a HYRDRA connected computer to activate it.

And then we get to see why Tripp is there in the first place. With his grandfather being one of Fury’s original Howling Commandos and the team with no Bus or SHIELD gadgetry at their fingertips, Tripp offers up the use of his grandfather’s paraphernalia from back in the Howling Commando days. It looks like a catalog of toys and gadgets you could send away for with enough boxtops or S&H stamps (those under 35 may not get this reference. Google it.) There’s even a joke buzzer that disguises an EMP generator and a fake quarter that is a walkie-talkie/homing beacon (which plays in later). I was expecting to see some Sea Monkeys in there, as well.

Coulson is giddy over the sight of these toys, going all fanboy and reverting back to a little boy on Christmas Day. “OMG, is that a handheld Hypno-Beam?!” This gives the writers license to pretty much pull out anything they need since we don’t see everything Tripp has.

Since HYDRA is connected to CyberTek, they figure they can hack in there with Coulson and May going undercover as scientists, or essentially as Fitz and Simmons. They infiltrate as Theo Tittle and Dr. Rohm while the rest are outside in a van no one really believes is there as a janitorial service. Fitz and Simmons are feeding them lines while Skye is trying to hack their servers. She can’t seem to find any info aside from something on the fourth floor.

Of course, when May and Coulson get there they find the reason Skye couldn’t hack into their mainframe. CyberTek might be on the cutting edge of technology, but they do everything old school – paper files and written notes. They discover that Garrett was the first Deathlok and tell Skye to prepare for a “large file transfer” before they chuck the entire filing cabinet out the window and zipline down to the getaway van (courtesy of a huge spear/cable gun Tripp had that somehow magically fit in that small old Samsonite). #chuckle

Now I noticed Tripp shot that spear into one of those cheap office ceiling tiles that practically crumble apart if you move it, so it’s surprising that it didn’t split when the spear hit it, nor did it break under the weight of two people ziplining down four stories. Ah, the magic of television.

I was hoping for a little more comedy with Coulson and May undercover as nerdy scientists. The only real laugh I got was when Coulson was parroting Fitz so much he almost mimicked Fitz’s accent as well!

I did enjoy hearing Coulson tell May he was really, really glad she was back. She hints at a smile, which gives me hope that #Philinda will be back on track soon.

Flowers, or Raina, is replicating GH325, the “Jesus Juice” that resurrected Coulson. She probes into Skye’s past and tells Ward that she found out Skye may be the child who survived the destruction of a village in the Hunan province in China by monsters. Monsters being aliens, I presume. And that possibly the monsters are the child’s parents, therefore Skye is alien… ?! Not sure what Ward is supposed to do with this information, but maybe it will help him go to the good side again.

I’m not sure what’s going on with Raina, but I feel like she has a whole other agenda than being Garrett’s lapdog.

Speaking of… Garrett’s falling apart; that is, his body is aging even if his Deathlok parts are good for another 50,000 more miles. Ward has to jumpstart him again and we quickly figure out (as does our team) that Garrett not only wants the Jesus Juice for his Centipede soldiers, he wants it for himself.

Fitz just can’t believe Ward is truly evil (I’m with you, Fitzy-boy!) and working for HYDRA under his own free will. He offers up multiple explanations, but no one is buying. He and Simmons are at an airfield, three hours away from the rest of the team. Coulson tells them to stand down, stay low, and not get caught. They do pretty much anything but. Ward captures them, but when Fitz uses the EMP joke buzzer on Garrett, Deathlok 1.0 orders Ward to kill them both.

The EMP didn’t short out the plane? Or at least delay it’s departure?

Fitz and Simmons escape their guards but not Ward and end up locking themselves in a container unit. Fitz calls upon Ward to do the right thing and this takes us into another flashback when Garrett is ready for Ward to join SHIELD. As they are leaving the forest, he orders him to get rid of Buddy. My only thought was, if Ward shoots him, he’s truly evil, there’s no hope, no going back. Alas, he doesn’t shoot him, only fires his gun to make him run away.

“I know you care about us!” Fitz yells at him as Ward preps the container to be jettisoned from the Bus. Ward admits to himself he does, but that it’s a weakness and hits the button to launch the unit out of the plane and into the sea as we go back into flashback and see the crosshairs of a rifle aimed at Buddy (presumably this is Garrett killing off the dog, not Ward.) Luckily, Fitz has his fake quarter/walkie-talkie/homing beacon so I can only hope they will be saved (provided the 50-year old spytoy has some crazy battery life).

Raina injects Garrett with the replicated GH325 which causes Garrett to go into convulsions. Is he dead? Can Ward and Deathlok Mike do the happy dance now?

Coulson, Skye, May, and Tripp find the HYDRA’s underground barbershop bunker, but once they finally locate a HYDRA computer, another problem(s) arises. One Centipede soldier, then well, a lot more.

Quinn’s off lobbying in DC trying to sell the US government literally, an army of Centipede soldiers. Are they buying what he’s selling?

What did you think of this episode of “Marvel’s Agents of SHIELD”? Tweet us at @BeTheBuddha and @ReelLifeJane!