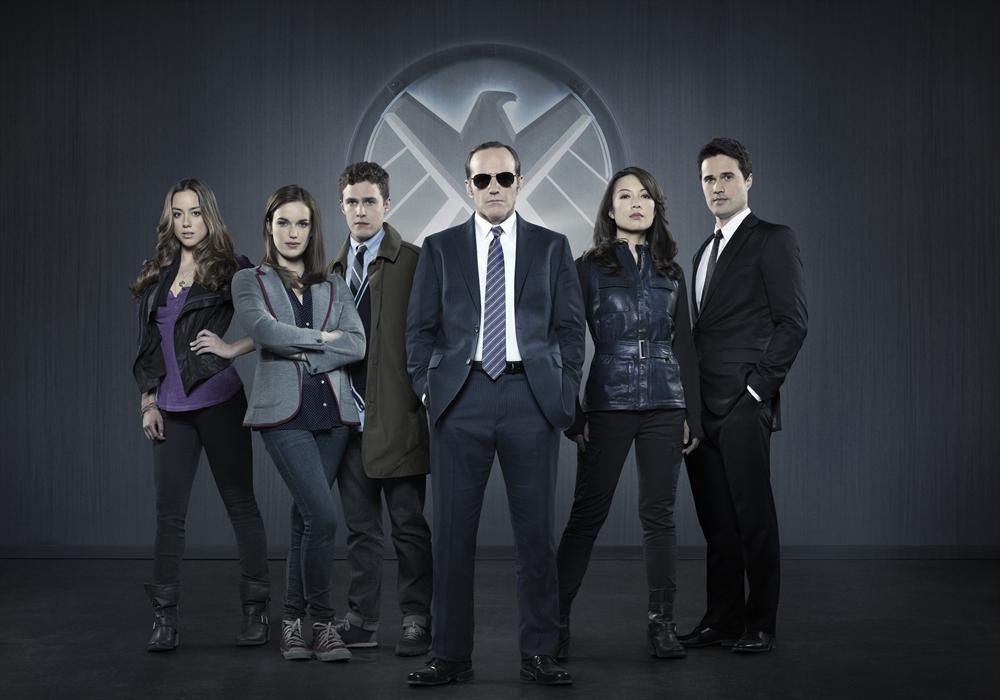 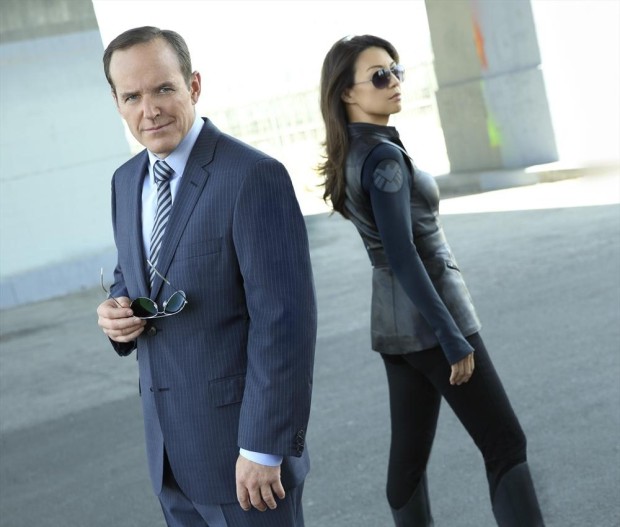 Well, here we are, my fellow SHIELD agents. The season finale is finally here. It seems a little bittersweet. I don’t want it to end, but then I also want to know what happens to all of our agents – both HYDRA and SHIELD. Though the season finale can only really mean one thing – Season 2 is just a few months away!

When we last left our intrepid gang, they were about to face a dozen or so centipede soldiers. In possibly the shortest fight scene ever, May makes short work of them after she grabs a beserker staff off one of them, but it’s enough time for Skye to activate the virus on the HYDRA mainframe. Our peeps skedaddle, taking the hidden HYDRA bunker and the cheap haircuts from the barbershop above with it.

Over at a Cybertek facility we see a bunch of desk jockeys in a cubicle farm working diligently at their computers, but we soon find out each one of them is controlling a centipede soldier. Some are volunteers, others are there because of the “Incentives” program, which turns out not to be stock options and a matching 401K, but loved ones held hostage while they are forced to work for Cybertek!

Ward is questioning his life choice to ever follow Garrett, as he is becoming increasingly unstable since he took the “Jesus Juice” that resurrected him. As Garrett goes off on a rant, he starts to draw an intricate design on the lab doors with a nail. What? There’s no dry-erase marker nearby? Is no one cringing at the nails on a chalkboard sound that is surely being made as Garrett puts nail to plexiglass?

The design looks alien in nature, schematics of some sort, but for what? 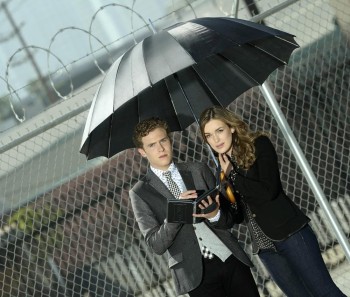 FitzSimmons are down at the bottom of the ocean in Davy Jones’ Locker with no way out. But these two supersmart kids can find a way out, can’t they? But of course they can! Unfortunately, there is only enough oxygen to get one of them to the surface and Fitz has a broken arm.

In one of the strongest emotional scenes of the season, Fitz insists that Gemma take the oxygen, finally confessing his feelings for her. Bursting into tears, she kisses him all over, not romantically, but in the way a friend truly cares about another friend. Fitz doesn’t give her time to mull over the decision as he hits the button to blow the window that will set them free. Gemma swims to the surface with a now unconscious Fitz in tow.

But they are in the middle of the ocean, two specks in a sea of vastness, who can possibly rescue them? Why Director Fury, of course! We all knew he wasn’t dead, so it’s nice to have our beliefs confirmed as Fury rescues FitzSimmons. Gemma wakes up in a decompression chamber to the knowledge that Fitz is alive, but his brain was deprived of oxygen for awhile. What does that mean for Fitz?

After saving FitzSimmons, Fury makes his way to Cybertek where Coulson and his team have blasted their way in with the help of Tripp’s suitcase of spycraft gadgets and toys. Ian Quinn is giving a tour of the centipede program to the military generals when Garrett enters, waxing a crazy poetic. When the general demands an explanation, Garrett gives him one, by ripping out one of his ribs, killing him.

Of course, chaos ensues. Quinn and Flowers grab the gravitonium while Ward locks up the rest of the military crew so they don’t escape and call the cavalry (and I don’t mean May). Ward, without any orders to follow, is a bit lost until Garrett tells him to go get Skye. He does, but Skye stands up to him and then allows May to wipe the floor with him. 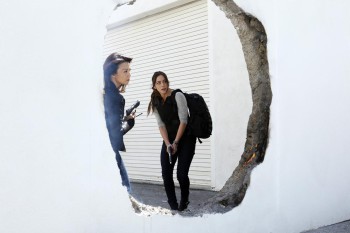 May, who had been internalizing all her anger toward Ward and his betrayal of the team, finally gets to go all May on his ass. In a much longer fight scene than her against a dozen centipede soldiers, May and Ward go at it, with May eventually getting the upper hand (or foot, in this case) as she nails Ward’s foot to the ground and knocks his traitorous butt out.

Ward is taken into custody and will eventually be interrogated, so I doubt it will be the last we see of him.

Meanwhile, Fury and Coulson take on Garrett and his centipedes. In a funny exchange between the three, Fury offers up the same gigundo gun Coulson used back in “The Avengers,” which eliminates the soldiers but not Garrett. Fury empties his gun into Garrett with no avail. It’s only when Skye is able to message Deathlok Mike with a message that his son is safe that Mike is able to take down Garrett once and for all.

While we think he’s dead, it looks like Coulson is not as he climbs into the Centipede chair and is rebuilt again as Deathlok 2.0. He’s about to make a speech to no one in particular when, in a hysterical moment, he is blasted to smithereens as Coulson uses the original 0-8-4 on him!

Back in possession on the Bus, Coulson tells Fury what he thinks of him using the TAHITI project to resurrect him. Fury tells him he’s glad he did it because Coulson is basically one of the truly good guys in the Universe. He hands him the keys to SHIELD, giving him a promotion to Director and the opportunity to build it back up in his own vision. He also hands him a “Toolbox” which will aid him in the rebuild. Is the Toolbox just a hard drive? A bit of alien tech? Or just a corner of a really big Rubik’s Cube? 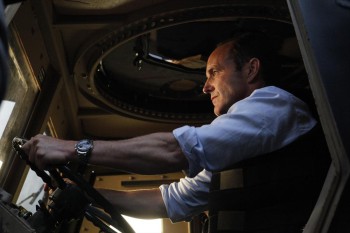 Coulson takes them to the coordinates contained in the Toolbox which leads them to another secret bunker. Once there they are greeted by… Agent Koenig! It’s not the same Agent Koenig, nor his twin, as this one parrots the same dialogue the original Koenig did. Presumably he’s a clone of some sort or an LMD, which is short for Life Model Decoy, a series of androids in the Marvel universe. Hey, that means we’ll get to see more Patton Oswalt, so life is good.

This seems to set up the basis for next season. Build up SHIELD (maybe they’ll finally have a base of operations now and not always be on the Bus) and go after all the fugitives that escaped from The Fridge.

Flowers travels to China (?) to inform a blood-soaked man(?) that his daughter (Skye) has been found.

What does that mean for Skye? Flowers claims she and Skye are connected – are they possibly siblings? If Skye is a “monster,” is that a good thing or bad? Is she alien, as the “Jesus Juice” doesn’t seem to be adversely affecting her in any way?

In the final scene of the episode, we see Coulson wake up from his slumber. He looks at the drawings Garrett left behind before he grabs a knife and starts etching into the wall a similar drawing but ten times as big. Can someone please get this guy some chalk or a Sharpie?! What is that a drawing of?!

What did you think? Tweet us at @BeTheBuddha and @ReelLife Jane with your thoughts!