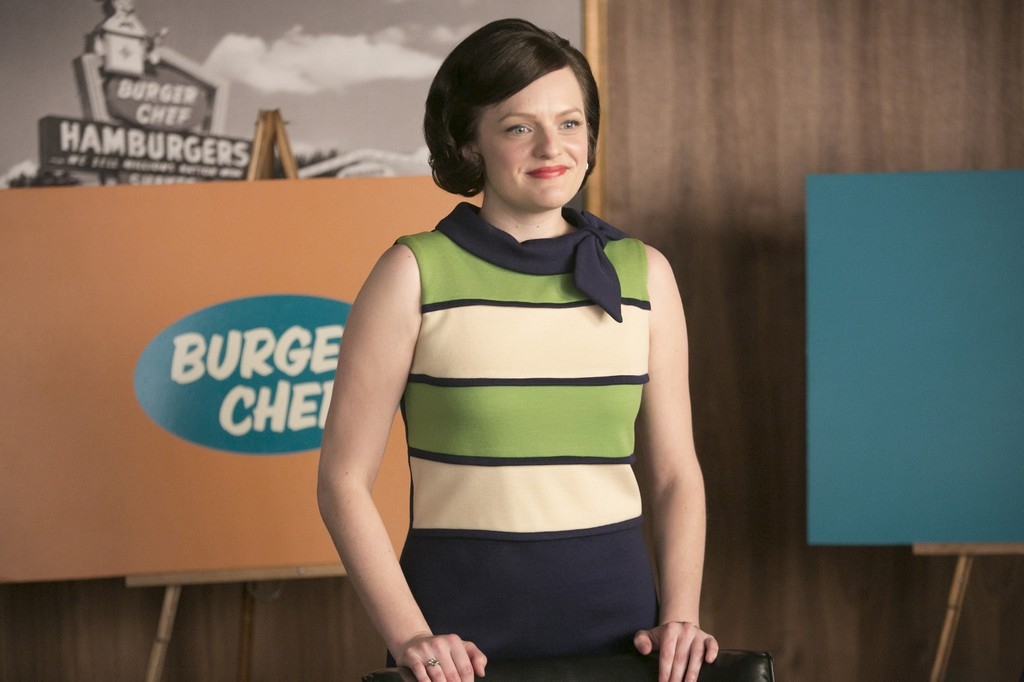 I certainly had an interesting “viewing” experience for last Sunday’s “Mad Men” episode, “Waterloo,” the so-called mid-season finale. In the middle of the afternoon, I Googled “Mad Men Reddit” so I could catch up on the anticipatory chatter, and came upon threads about the episode which people had already seen on Youku, the Chinese version of Hulu. So at approximately 3 p.m. EST, I read a recap — I tried to stop myself, but curiosity got the best of me – and learned the following, which all turned out to be accurate:

Ted wants to resign. Megan and Don split, apparently for good, in a bicoastal phone call. Jim tries to fire Don, sends him a breach of contract letter. Don insists on a partners’ vote, and Joan and Ted vote against his staying, which isn’t enough to oust him. Bert dies and Roger masterminds a purchase of the firm by McCann Erickson, which wants both Ted and Don, so neither are out. All this against the backdrop of the moon landing. Sally Draper is watching it at the Francis manse. At the end of the episode, Don has an apparition of Bert Cooper, who dances and sings Bing Cosby’s “The Best Things in Life Are Free.”

I couldn’t resist going to the Chinese website and translating the Mandarin comments into English with Google translate.

Then, later in the evening, I went out to a neighborhood bar, to watch “Mad Men” in real time, though with captions, because they play the music too loud to watch and listen. It turned out that a bunch of friends were there, so I just caught the show in snippets. The next morning, I watched the episode more closely on Amazon, which is still my preferred viewing experience. (Sorry AMC, the commercials are too distracting.)

Now, why do I share all this? Because the juxtaposition of the here and now underscores the role TV viewing plays in episodes like this one, which turned on the July 20, 1969 moon landing. It’s historically fascinating to appreciate the difference between now – consider how little old me experienced this episode, I had choices – and the pre-cable, pre-PC, pre-social era of “Mad Men,” when the mass media consisted of three networks and no technology for recording and later viewing or sharing. It really did make for a less fragmented culture, one that advertising could tap, as we see in Peggy’s brilliant Burger Chef pitch, which draws on the power of television (though the messaging depicts TV as a distraction, not a unifying element). Yes, Peggy, not Don, ends up delivering that pitch. But I’m getting ahead of myself.

After all the Lou Avery hate this season, it looks like the real devil in the office is Jim Cutler, for sending Don a breach of contract letter without the other partners’ knowledge and later saying some truly cruel things to him. In a hysterical scene, Don’s secretary Meredith tries to console Don with a come-on, in a hysterical moment. She makes a pass at him, and he says we can’t do that, and she says, cluelessly, yes, not now. Don, no longer passive, rounds up the partners and demands a vote. He squeaks by.

Even Joan, who votes to remove Don, tells Jim he shouldn’t have done that.

The episode also takes us to the Francis household, where Sally Draper, home from Miss Porter’s for the summer, takes a shine to a houseguest, the son of a woman who went to college with Betty. Sally gets really dolled up for him, brushing her hair in a new way that accentuates its blondeness and wearing lipstick to her lifeguard job. The houseguest, a beefy football player, has a geeky brother who likes to look at the sky through Bobby’s telescope. (There are multiple telescopes in this episode, including one on Megan’s balcony and another in Jim Cutler’s office.) Sally, sneaking a cigarette in the backyard after the moon landing, looked like a miniature Betty, and steals a kiss from him.

A poignant side story was Peggy’s relationship with her upstairs tenant’s son, a 10-year-old boy named Julio who is slightly older than the son Peggy gave up for adoption. He’s been hanging at her house, watching TV and cadging popsicles. When he tells her that he’s moving to Newark, because his uncle found his mother a job, Peggy chokes up when she hugs him hard.

So, the agency. Roger’s saves the day, for perhaps everyone except Jim Cutler and Harry Crane, by meeting with Jim Hobart from McCann – they’d run into each other in the sauna last episode — and taking the offer to the partners for a vote. Ted wants out, but Don persuades him to stay, drawing from his recent experience of nearly being sacked from the firm and not working. Yes, he was being paid. But he wasn’t working. He tells Ted, “You don’t have to work for us, but you have to work. You don’t want to see what happens when it’s really gone.” Because Don did, and it wasn’t pretty. (It amazes me that Don is so selfless here, not calling Ted on his ingratitude over L.A.)

Of course, over the week the moment that’s been getting the most attention is the musical ending, Robert Morse dancing with a bevy of secretaries, a figment of Don’s imagination, and singing “The Best Things in Life Are Free.” Right away people starting wondering (even the ones that had seen the leaked Chinese version!) if Don was having a stroke or had perhaps developed a brain tumor. Matthew Weiner cleared that up, and said, in interviews this week, that this was cinematic storytelling, flashbacks and imaginings. (Remember Betty’s imaginings when she gave birth to Gene?)

Besides the loss of Bert Cooper, the thing I’ve been mourning this week is the end of Don and Joan’s friendship. I get why she’s mad at him, about making the IPO impossible and costing her a fortune, but she is partner, and now she is going to make a fortune, and it would not have happened without Don, because McCann wanted Don, and they also wanted Ted, and the situation would not have arisen if Sterling Cooper hadn’t merged with Cutler Gleason Chaough. So, will she stay mad?

When we get to the final stretch of “Mad Men” next spring, I do hope there will be a moratorium on people observing that an episode could be the series final episode. This has been going on now for several seasons, including at the end of season six, and ratcheted up after last week’s “The Strategy” and then again, quite bizarrely, after this week’s “Waterloo.” A Bert Cooper musical number, a fitting character sendoff, would not have made sense as the series ending. I’m not following this inclination, though of course I appreciate the curiosity bordering on anxiety about how the season will end and whether the show will pull it off. Well, Matthew Weiner and company certainly pulled of this mid-season break or whatever they want us to call it. A musical number!

Here’s to Robert Morse, for playing the role of Bert Cooper to such perfection, and for that stunning shoeless soft-shoe sendoff!